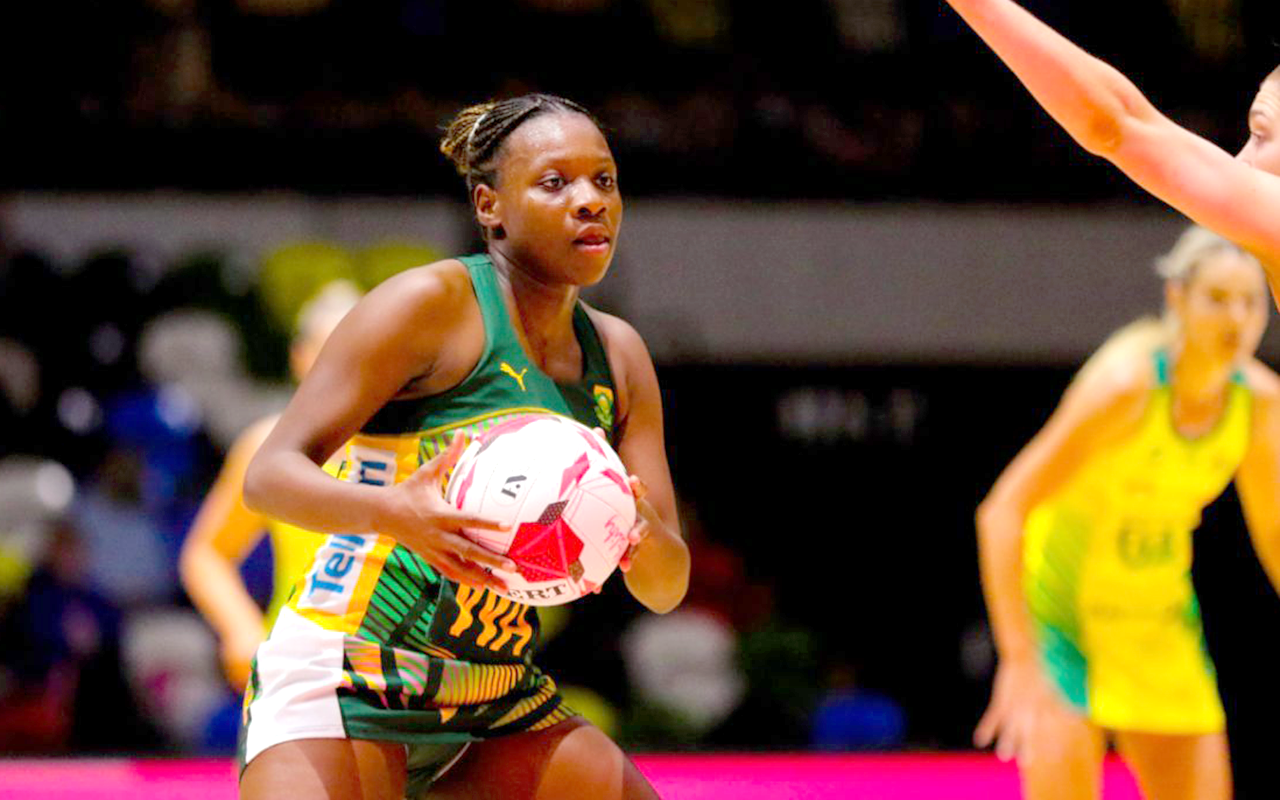 An improved Spar Proteas side fell short as Aussie Diamonds claimed a 60-40 victory in the second Netball Quad Series at the Copper Box Arena in London on Sunday, 16 January 2022.

The last time these two sides met was at the 2019 Netball World Cup in Liverpool,  where the Australian’s won the tightly contested semi-final match against South Africa with just 2 goals, ending on 55-53.

On the back of a defeat against England on Saturday, a much improved South African side kept the Diamonds on their toes, not allowing them to get away with the game. By the end of the second quarter, the Aussies were able to extend their lead by only 2 goals, which gave the Proteas an opportunity to fight back in the second half.

The Aussie’s came back strong in the second half, putting defensive pressure on the Proteas, and as a result were able to extend their lead in the championship quarter by 13 goals. Despite South Africa’s efforts, the Diamonds maintained their dominance for the rest of the match.

Dorette Badenhorst attributes the improvement of her side to keeping to their game plan, and playing with much more confidence and better communication.

“Today we played better, the players played for each other and trusted each other better than they did yesterday. We had a game plan and what I saw today was the team carrying it out. The players that were called up to play really stepped up and I am happy with our performance for today.” Badenhorst said after the match.

South Africa’s Spar Proteas will take on New Zealand’s Silver Ferns while Australia face the hosts England on Tuesday evening, 18 January 2022, before the playoffs and finals on Wednesday night.

Photo 1 Caption: An improved Spar Proteas side fell short as Aussie Diamonds claimed a 60-40 victory in the second Netball Quad Series at the Copper Box Arena in London on Sunday, 16 January 2022. Photo: Supplied