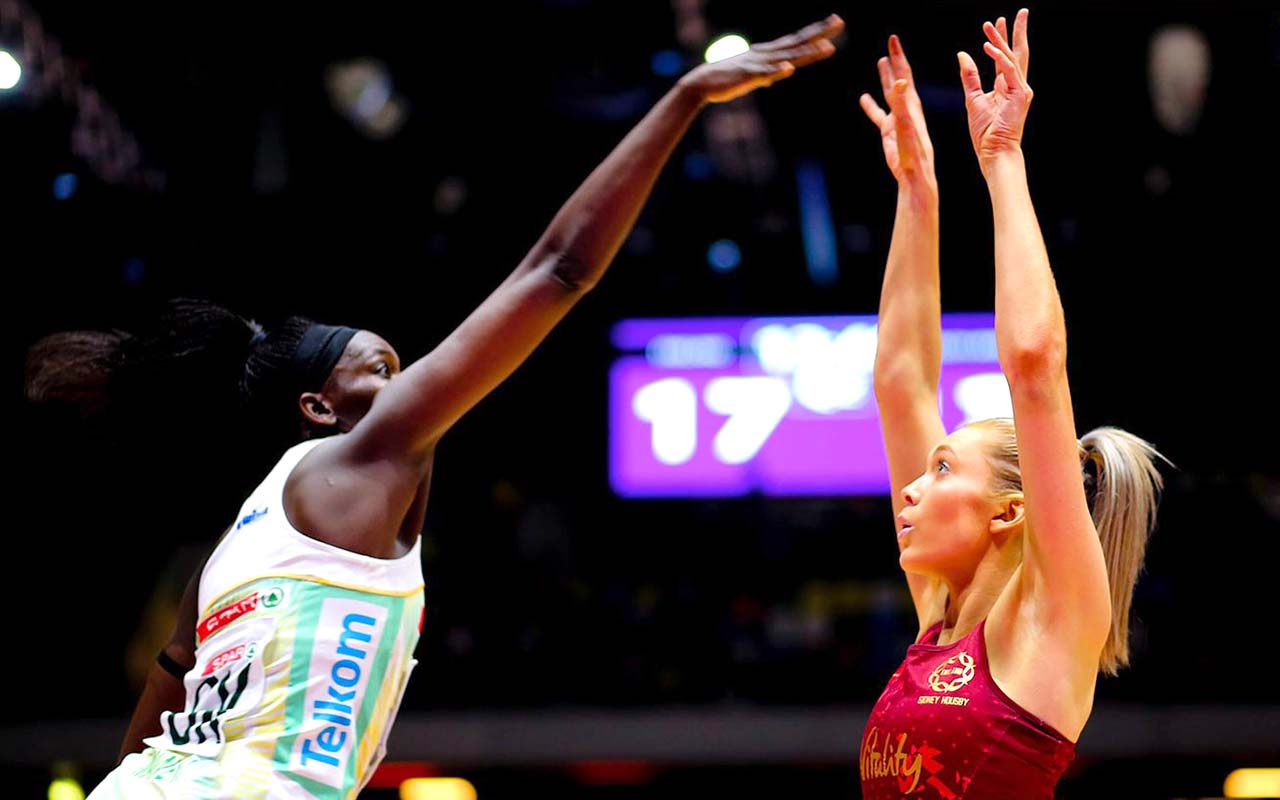 England’s Vitality Roses have eased to a 71-47 victory over South Africa in their opening fixture of the 2022 Netball Quad Series at the Copper Box Arena in London, on Saturday, 15 January.

The match was highly anticipated for home team stalwart Geva Mentor’s 150th appearance in national colours, but it was substitute George Fisher’s entry at the start of the second quarter that saw the major impact in the fixture, helping to spur the home team’s slim three-goal first quarter lead into a 13-goal margin at half-time.

The Roses managed to keep a healthy scoring advantage over the visitors in the third- and final quarters, and never looked back despite the best efforts of Bongiwe Msomi’s hard-working visitors.

England had come into the series with series wins against New Zealand and Jamaica, and once the home side had accumulated more than 50 points on the board, coach Jess Thirlby took the opportunity to bring substitutes into the action for match experience.

Photo Caption: England’s Vitality Roses have eased to a 71-47 victory over South Africa in their opening fixture of the 2022 Netball Quad Series at the Copper Box Arena in London, on Saturday, 15 January. Photo: Netball South Africa (Twitter)