The girls’ top seed, Janet Koch, caught the eye on the opening day of the SAS Junior ITF 2 tournament at the Maties Tennis Club, in Stellenbosch, on Monday.

Koch, a promising prospect who hails from Durbanville, saw off the unseeded Danica Brewer 6-2 6-0 in their first-round encounter.

The win, convincing as it was, would have done Koch’s confidence a world of good as tasted defeat at the same venue over the weekend when she suffered a straight-sets loss in the final of the first leg of the tournament.

Conditions were breezy at Stellenbosch on Monday, and Koch’s game seemed to flourish as she used the variables to her advantage, although Brewer’s many unforced errors made life a little easier for her.

Koch has had a busy year after playing in Algeria, Namibia, Egypt, Spain, Zimbabwe and Mauritius and her sights are firmly set on another finals appearance at the end of the week.

The fourth seeded Valeria Bhunu of Zimbabwe was another impressive performer on Monday. She traded heavily on a reliable serve in her 6-1 6-0 win over South Africa’s Mia Aleksic.

The breezy conditions had little effect on Bhunu’s game and she was quite content to unleash her groundstrokes from the safety of the baseline for most of the way. On the odd occasion she showed aggression and was seldom tested as Aleksic battled with a string of unforced errors.

Jeff Coetzee, a former world doubles top tenner and Davis Cup stalwart, has been working with a few players at the event, and he’s particularly pleased that locals have a chance to play in an international tournament.

“Our local players have massive budget constraints and it is much the same elsewhere in Africa, and that’s why African juniors are not graduating through to the world tours,” said Coetzee. “Tournaments like these are not happening often enough for our juniors and they cannot always afford to travel around the world to play.

“Ideally, we need our African neighbours like Zimbabwe, Namibia, Mozambique and Botswana to stage a few events like this one so that the players have a good chance of playing a lot more international events.

“There is not a big international contingent here in Stellenbosch because it is a grade five event but once our juniors play many more events, their ranking will improve and we’ll be in a position to stage higher graded events. The day that happens, we’ll attract a great many more internationals here.

“I’d like to see a far greater effort from countries in the Southern African region because the present state of affairs is not acceptable. We do very well with staging national events, but that is hardly adequate for preparing juniors for international events.

“As things stand now there are hardly any ATP or WTA events on the continent and that forces our up-and-coming players to travel elsewhere to try and make a breakthrough on the world circuit.” 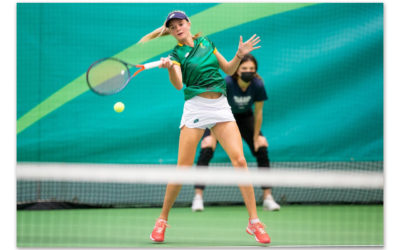