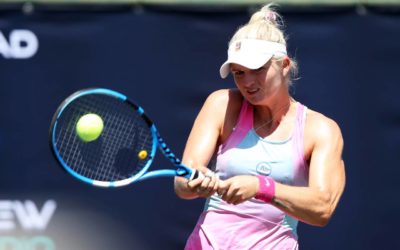 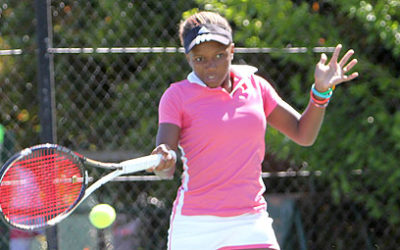 The girls’ top seed Janet Koch, caught the eye on the opening day of the SAS Junior ITF 2 tournament in Stellenbosch, on Monday, when she defeated Danica Brewer 6-2 6-0 in their first round encounter. Photo: Thys Lombard. 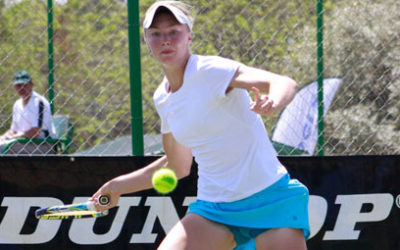