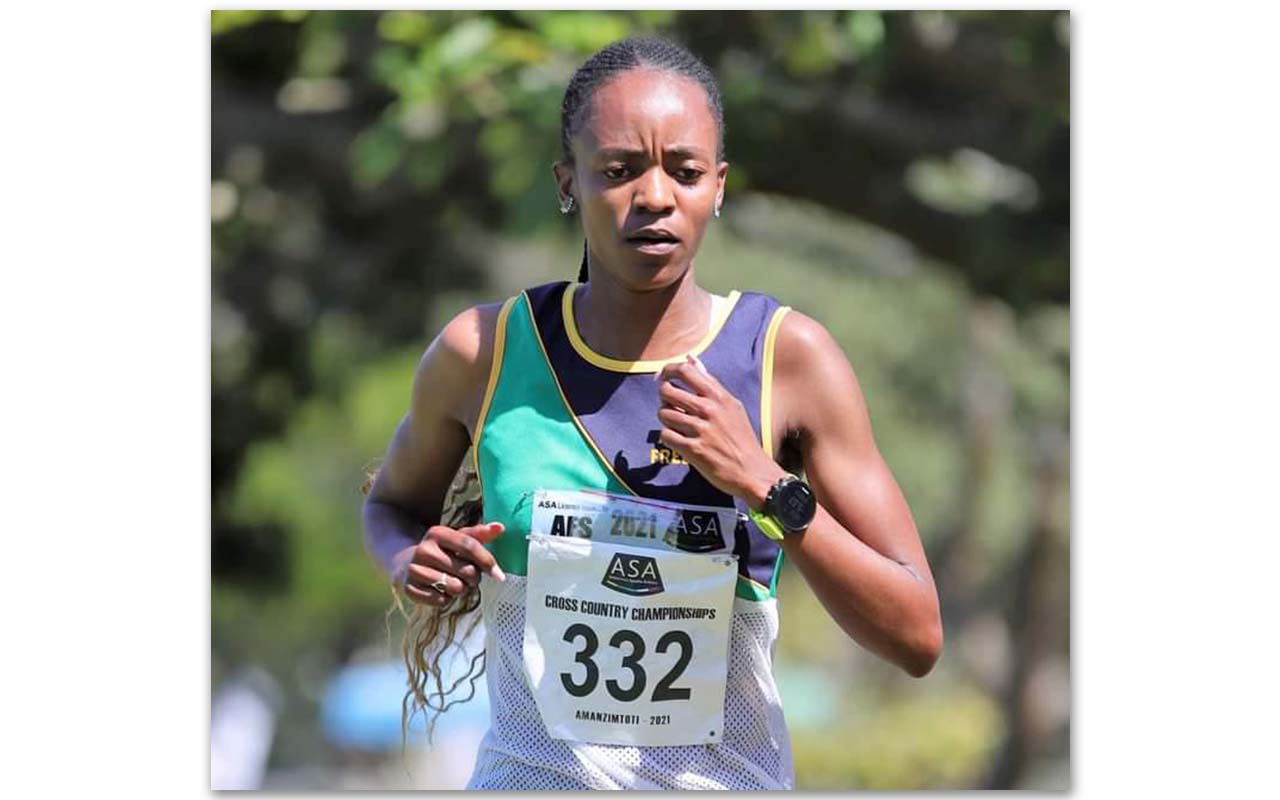 The championship was held over two days, with Day 1 dedicated to the youngest category of 8-13 years, who provided a colourful start, while the 14-49 years rounded off the two-day event.

In the women’s 10km race, Kyla Jacobs had broken clear of a small lead group on the last of five laps, but she succumbed to fatigue as her legs buckled and fell with the finish in sight. Molotsane, who was lurking just off the pace, stormed past to win gold in 37:19.

Jacobs managed to timely pick herself up to finish second in 37:25 and Jenet Mbhele grabbed the bronze medal in 37:32.

“I really feel so sad for her (Jacobs). She worked hard for these championships, but I wish her all the best and I hope she will win the title in future,” Molotsane said.

“It hasn’t really sunk in for me yet because I’m still thinking about what happened and I’m more concerned about my opponent, but maybe it will sink in later in the day.”

Cian Oldknow won the women’s 4km race in 14:33, and Gene Coetzee secured the junior women’s 6km title in 22:28, crossing the line 47 seconds ahead of her nearest competitor.

“Athletics was a winner again this weekend,” said James Moloi, the President of Athletics South Africa.

“We had a wonderful turnout of athletes within the national regulations. It was quite exciting to watch the young athletes in the ages 8 to 13 in the race of their lives.

“We congratulate all winners and participants for their achievements and good behaviour. ASA will now review the report of the championships and iron out what needs to be.

“We want this to be bigger and better next year, but we are very happy with the work of KZN Athletics in hosting this competition. We thank the parents and provinces in how they handled the participation of all athletes, young and senior, “ Moloi concluded.