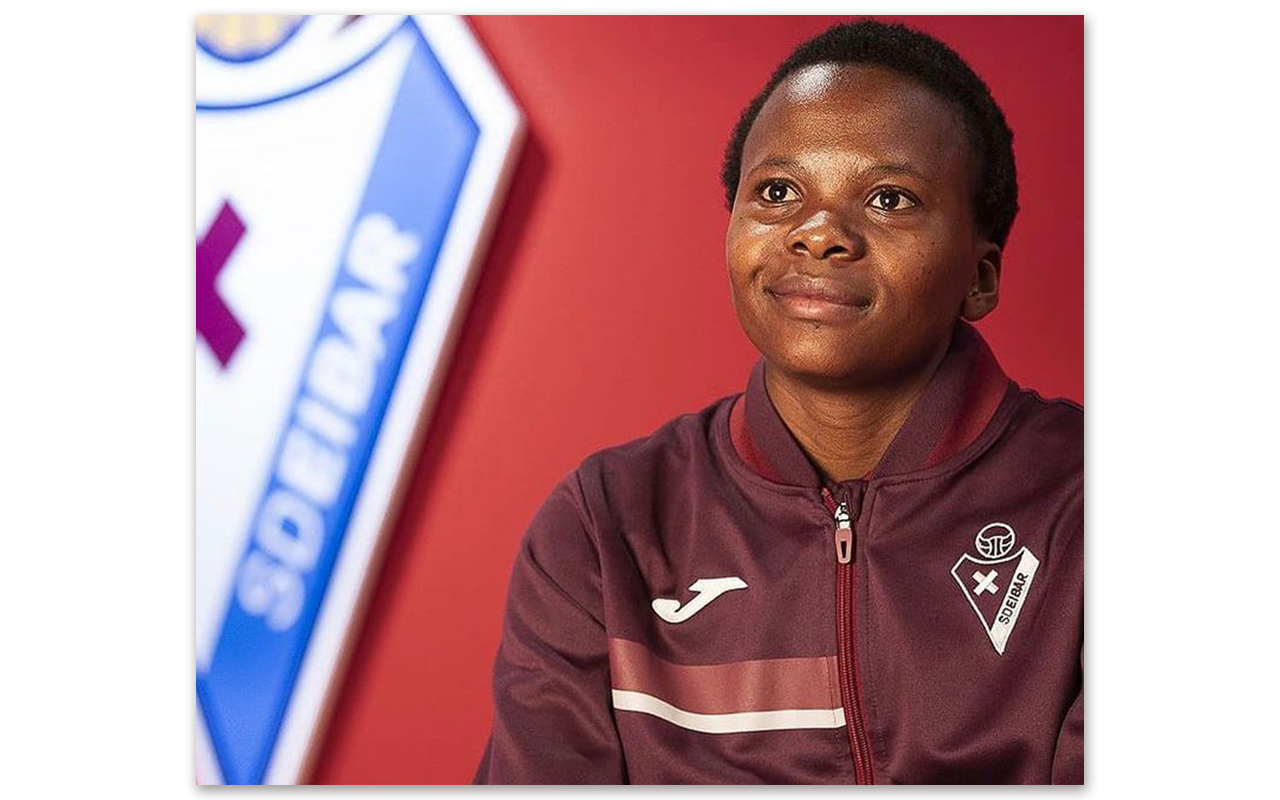 Banyana Banyana international, Thembi Kgatlana’s star on the global scene continues to rise as she is currently South Africa’s most prolific striker in the Spanish top flight league.

The SD Eibar forward has eclipsed legendary UEFA Champions League winner, Benni McCarthy’s record of eight goals, which he raked up while playing for Celta de Vigo in 2003.

Kgatlana has 10 goals and five assists this season, previously receiving praise from her head coach for her consistent efforts on the pitch.

In a virtual conference, Kgatlana expressed to the SA media that she is not in a rush to join a bigger team that features in the Champions League.

“I am very hungry to play in the Champions League, but I am not going to rush it because when it happens I want it to be worth it.

“At this stage, it’s time for me to showcase my talent and when the timing is perfect and there’s a team who plays in the Champions League that want me, I will go.”

The 25-year-old, who is in her maiden season in Spain, revealed the struggles of local players having the opportunity to join top European clubs from the get-go.

“I think for a South African or any other African player it’s a bit tough at the start because we don’t really have strong leagues in our countries.

“So, there are a lot of restrictions in Europe when it comes to getting quality African players getting into big teams. You really have to have a good profile; you have to be outstanding for teams to be aware of you. You have to play two or three seasons in Europe before big teams can see that you’re good enough,” she concluded.