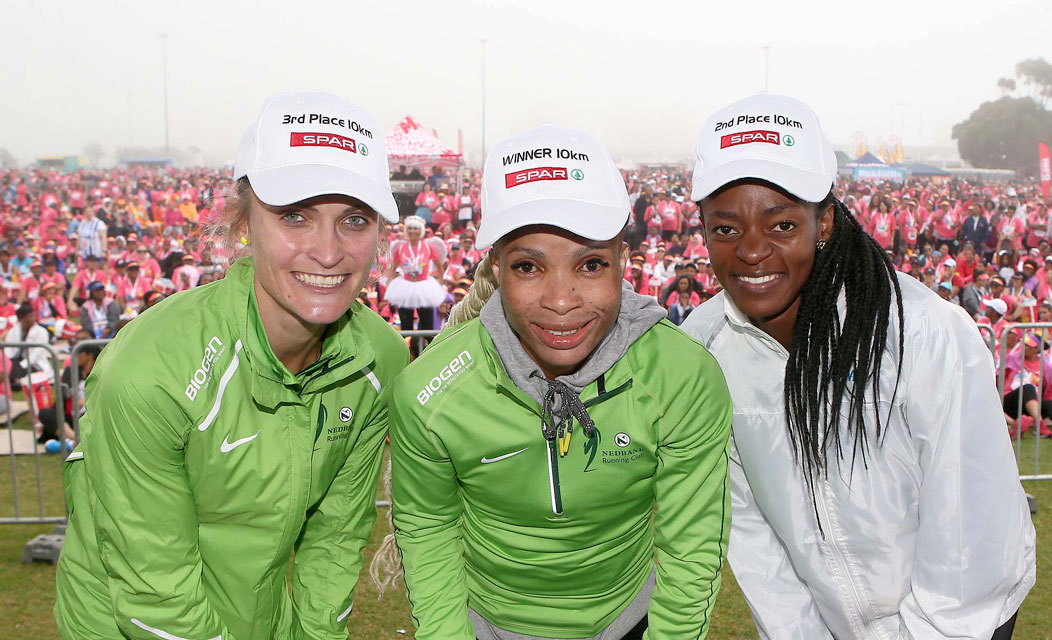 Leaderboard Pressure as SA’s Most Popular Race Comes to PE

The target time for Port Elizabeth is 33.26 minutes, which is within the capabilities of the top three or four runners – and if the weather is good, the pace should be fast and competition fierce.

Since medaling in the Green Point Stadium precinct on 2 April Molotsane has won the South African Athletic Championships 5000m in Potchefstroom, using her powerful kick to clinch the title, and followed that up by winning the 5000m at the SA Student Championships in Cape Town last week.

Van Zyl finished the SA Champs in second behind Molotsane in addition to winning the Two Oceans half-marathon in one hour 13.53 minutes, where Nolene Conrad finished second ahead of Leballo in third.

Another runner who has been in good form is Simonay Weitsz, who was first junior home in the Cape Town Challenge. She won the senior 1500m event at the National Championships in Potchefstroom.

Others who are expected to compete are former SPAR Grand Prix winners Mapaseka Makhanya and Lebogang Phalula.

Van Zyl, winner of the Grand Prix in 2016, can be expected to be more competitive in Port Elizabeth. She started strongly in Cape Town, but was caught at about 7kms by Leballo and Molotsane. She said after the race that she had been taken by surprise.

“I didn’t realise Kesa was in the race until 7kms. Maybe, if I had known at the start I might have run differently. In the last kilometre, I knew I was in big trouble. Kesa has a big kick and Louisa was a surprise,” said Van Zyl. She is likely to change her tactics to meet the challenge on Saturday. However, Molotsane is in superb form, and will be hard to beat.

Leballo, Molotsane and Van Zyl are well ahead of their nearest rivals on the Grand Prix ladder after the first race. But there are five races to go, and with a first prize of R173 000 up for grabs, South Africa’s top runners will be going all out to earn maximum Grand Prix points.