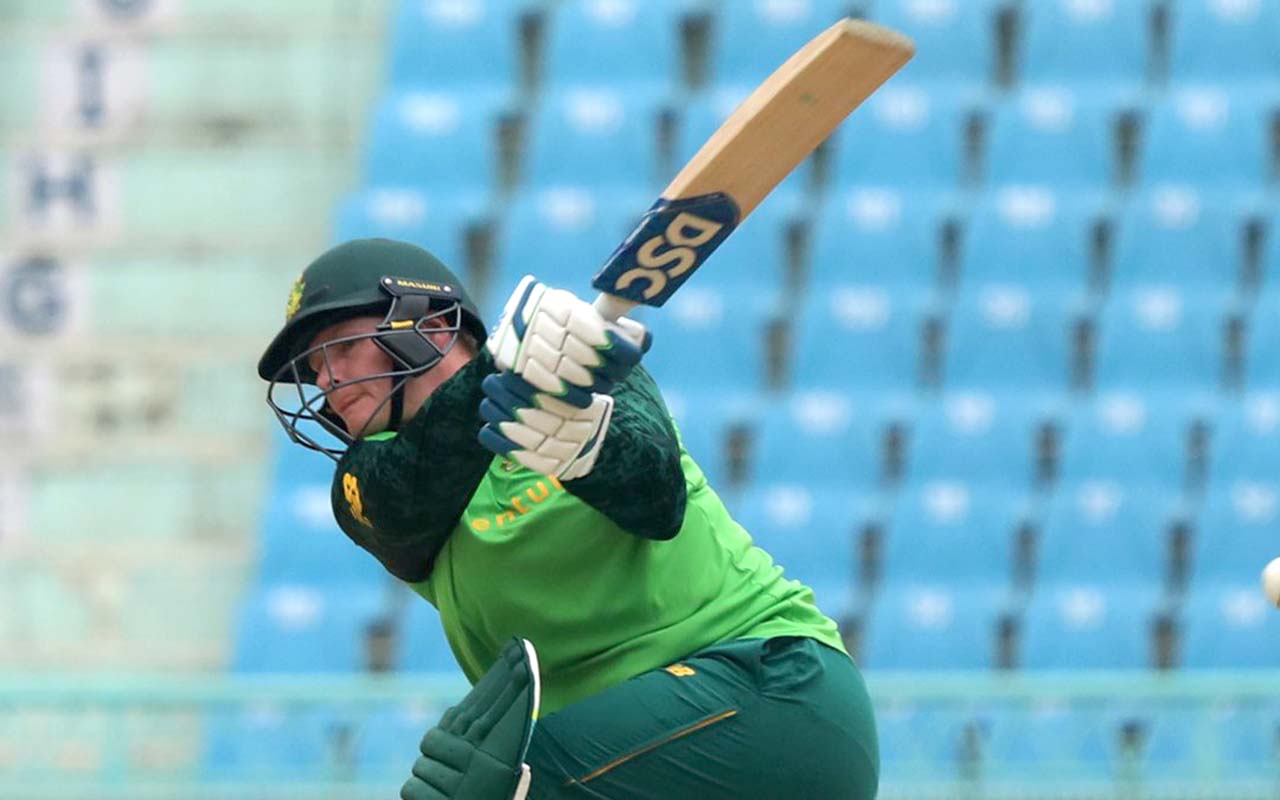 A brilliant half century by Lizelle Lee led the Momentum Proteas to an emphatic 50-run victory over West Indies Women in the second Twenty20 clash at Sir Vivian Richards stadium on Thursday, 2 September 2021.

Lee with a standout performance with the bat anchored the Momentum Proteas innings with a splendid 75 off 52 balls that included 12 boundaries and solitary maximum.

Following the wicket of Kapp and Lee in the 18th over, entered Laura Wolvaardt the standout performer in the WT20 opener. Wolvaardt took the wind out of the Windies bowlers with a destructive 33 from 9 deliveries which included four consecutive maximums in the last over to help the Proteas post an imposing 165/3.

Windies Lose Key Wickets In Early Stages of Their Innings

After a respectable start, West Indies women looked on course early on, but instead of consolidating they kept losing wickets in key stages of their innings.

In their chase the Windies raced to 21 before Kapp made the breakthrough for the visitors with the wicket of Hayley Matthews 12 who was cramped for space with a bouncer and caught by Luus at mid-wicket.

With the second wicket of Knight and Dottin picking up pace, Nonkululeko Mlaba was introduced and picked up the key wicket of Dottin, bowled out for 19 (18).

The Proteas left-arm spinner was back in action in her next over as she bowled Kyshona Knight out for 13 (22) leaving the Windies reeling on 54/3 at the halfway mark and ending her bowling spell with impressive figures of 2/22. Mlaba was well supported by Kapp and Ayabonga Khaka who finished with inspiring bowling figures of 3/31 and 2/8 respectively after dismantling the middle order of the hosts and eventually stifling their run chase as they ended their 20 overs with 114/8.

Laura Wolvaardt who was one of the standout performers with the bat feels the Momentum Proteas did enough to claim an impressive victory and a timely confidence booster for the visitors.

“We are very happy with how we handled ourselves in today’s match against the West Indies (Women),” said Wolvaardt.

“As a team I feel we did what was required from us and executed our plans very well. This result goes a long way in lifting our confidence for the rest of series against a very strong Windies team and hopefully keep that good performance going.”

The two sides will be back at the same venue on Saturday for the third WT20.