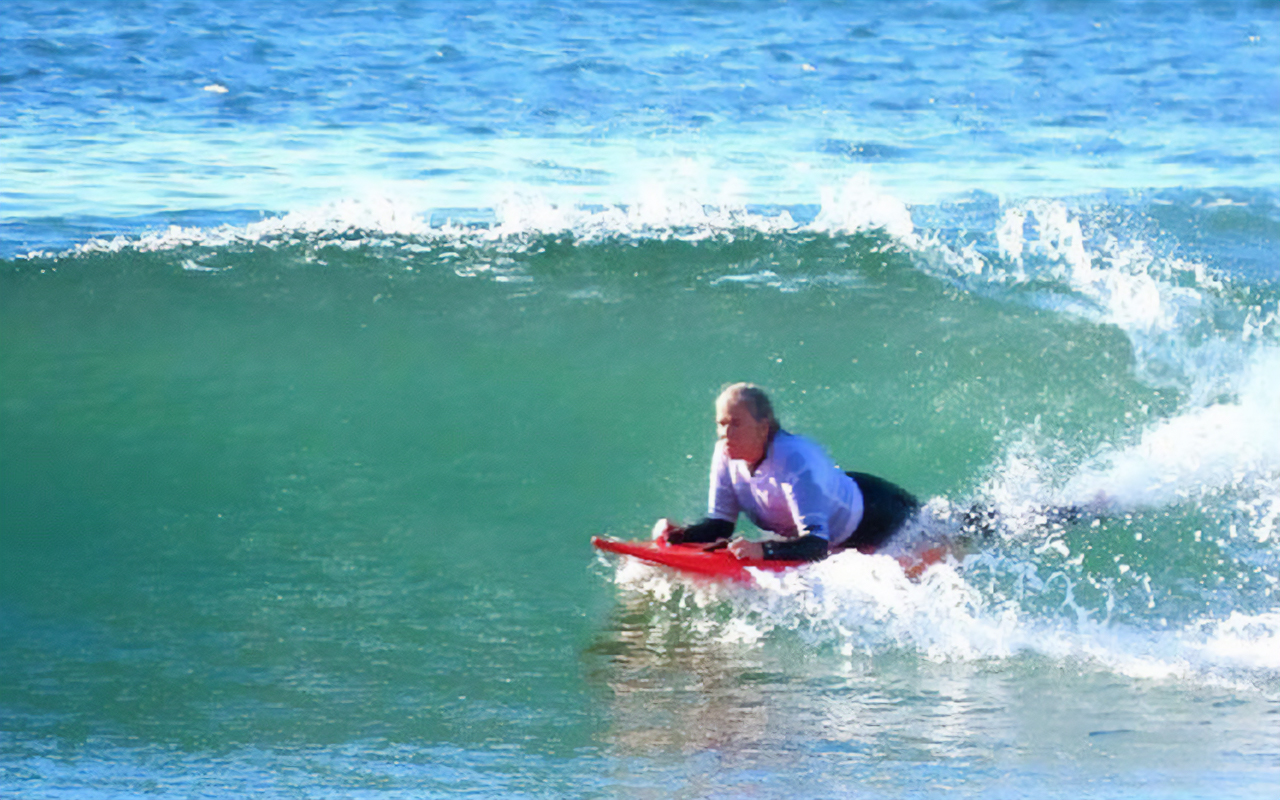 South Africa’s best Para Surfers flocked to Durban’s New Pier for the Tyre Life Solutions SA Para Surfing Championships where the national competition was hosted by Made for More, a local NPO that equips and empowers people with disabilities through sport.

A total of 46 contestants took part this year, almost double the number of surfers that competed in the last SA Champs which was held in 2019.

The event had multiple divisions according to disability and contestants were classified to make it a fair and level playing field for all competitors. The divisions being: Stand, Kneel, Prone Unassist, Prone Assist, Blind & Visually Impaired, Waveski and All Ability.

This event is not only a National competition, but also serves to select surfers to represent South Africa at the ISA World Para Surfing Championships in the USA later in the year. The competition was fierce and there was a lot at stake for the competitors in the various divisions.

Tracy McKay, Durban’s very own superwoman, who got the ride of the day on Sunday, 30 May 2021, earning her 9 points to win her division and beat friend and South African Para Surfing Team member Daniel Nel. Tracy will be representing South Africa at the ISA World Para Surfing Championships later this year.

The hotly contested Prone assist division, which had the most competitors with a total of 8 women, was a spectacle to watch. Former ISA World Para Surfer silver medalist, Noluthando Makalima was leading the charge and was the event favourite to win. However, in the fiercely competitive final, local Durban girls, Alulutho Tshoba, Natashia Siebert and Jodie Kroone managed to take 1st, 2nd and 3rd respectively, with Makalima securing 4th position.

Tshoba, who was the youngest competitor in her division at 14 years old, was definitely the most improved surfer of the event, pushing her limits and charging big waves. Her final heat score went into the excellent range with a 7.0 and an 8.0 giving her a heat total of 15 out of a possible 20.

Michele Macfarlane who surfed her first National event, did exceptionally well to win the Blind and Visually Impaired women’s division.

Founder of Made for More and event organiser, Julia Van Zyl said, “This event would not have been possible without our sponsors, our monthly donors and of course the water-assists and volunteers who give of their time and skills so selflessly to help our contestants get waves and keep them safe in and out of the water. We feel so privileged and honoured to be a part of Para Surfing and the growth of sport for people with disabilities in South Africa.

“Spectators and the general community were screaming and cheering the surfers on, encouraging them on every single wave caught, this is not a usual occurrence at a surfing competition, but this past weekend was something special. The vibe on the beach was loud, full of joy, laughs, pride and tears,” commented Van Zyl.

Photo 1 Caption: Tracy McKay (Bluff, KZN) on the wave of the day with a 9-point ride in the Prone Women Unassist Division. Photo: Jason Brown