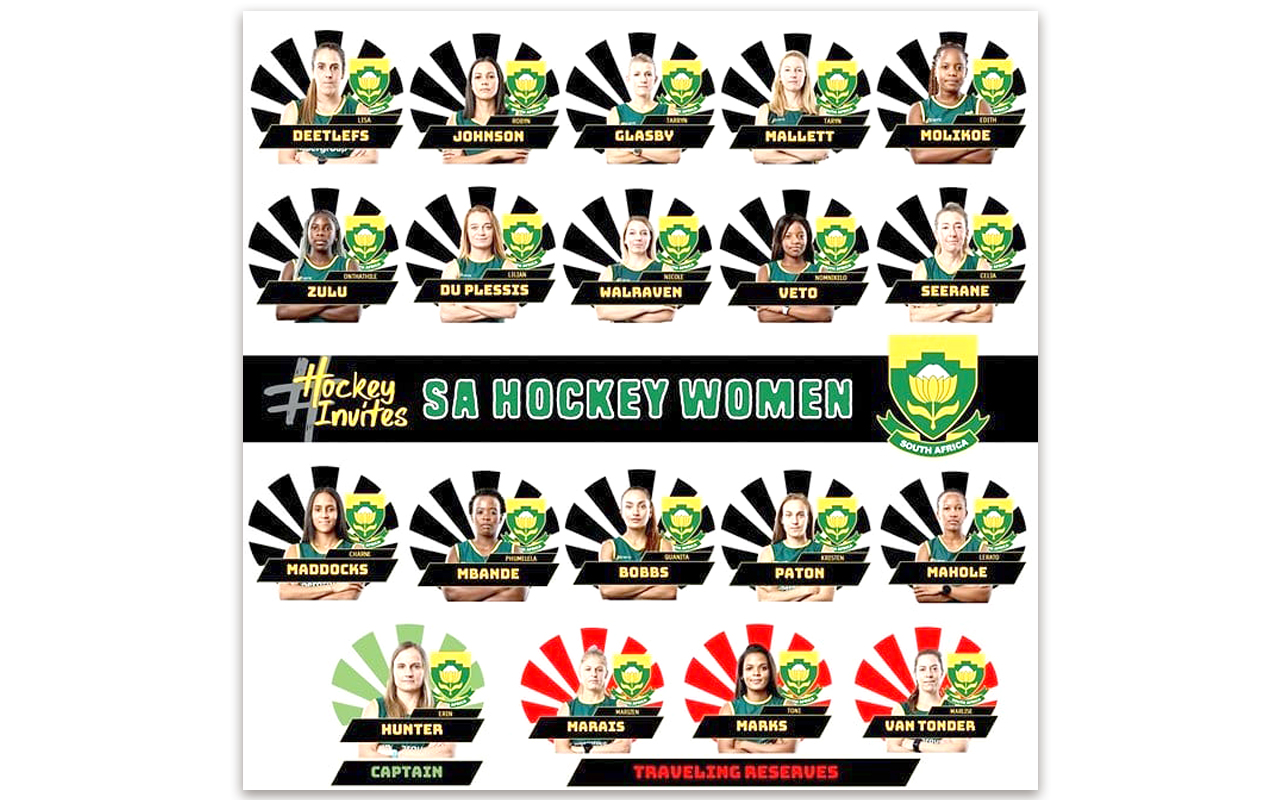 The South African Women’s Hockey team that has been selected to represent the country at the Tokyo Olympic Games are well underway with their preparations ahead of the global event.

The squad are hoping to positively contribute towards a successful tournament as the team makes a return after missing out on the 2016 edition held in Rio, Brazil.

Speaking to gsport, team player, Charné Maddocks reveals her goal, saying: “My core focus is to ensure I am ready for the Olympic Games and contribute positively towards the success of the team.”

In preparation for the competition, the team currently holds a training camp to strengthen the players.

“The preparation is going well, as a team we have camps every second weekend which gives us more time to work on things as a team. My individual preparation is also going well working on my weaknesses and getting better at it,” added Maddocks.

Fellow team-mate, Lilian du Plessis, has been motivated by the team’s determination to remain focused on their goals, despite dealing with the global Covid-19 pandemic.

“Our preparation for the Games has gone as well as it could have at a time like this. With all the unpredictability with Covid and the Olympics we have remained focused on what our goal is.

“We work incredibly hard when we are together as a team as well as when we are training individually, we have been able to concentrate on our individual skills and fitness which has made our HP camps incredibly competitive and intense in a healthy way. We’re certainly a bunch of go-getters.”

According to Nicole Walraven, training has been intense, however she believes they are ready for the tournament.

“We have been training really hard for the past year basically, working on team specific things and making sure that we iron those out before the Games. Our preparation has been tough but so, so, good. We are super excited to play at the Games and show the world what we are made of.”

The South Africans will face Ireland in their first match will be on 24 July 2021.