Champion distance athlete, Farwa Mentoor, the sixth woman to cross the finishing line in this year’s Comrades Marathon, will be flying the South African flag in the first leg of Standard Chartered Bank’s Greatest Race on Earth in Nairobi this Sunday (October 29).

The tough, four-leg, relay marathon will be contested over the next five months in Nairobi, Singapore, Mumbai and Hong Kong.

With a total prize purse of US$1,5 million, it is the most lucrative race in world athletics.

The South African women’s team, sponsored by Standard Chartered Bank South Africa, has been entered into the Women’s Team Challenge category, which will be contested by 15 teams and features total cash prizes of $200,000.

The winning team is calculated on the combined finishing times of the four athletes.

The team also qualifies for the Performance Awards category with prizes totaling $55,000.

The Nairobi leg is billed “the highest race” by organisers, due to the altitude level of the city (1600m). It can pose a problem for runners used to running at sea level, where there is more oxygen available than at higher altitudes.

“This will not be an issue for Farwa,” said her coach and manager for the Greatest Race, Nick Bester. “Although Cape Town-based, she is an accomplished altitude athlete and a previous winner of the Soweto Marathon, run at the same altitude level as this leg of the marathon.“In addition, Farwa’s specially tailored training programme has been executed predominantly on hilly terrain, another feature of the Nairobi course.

“She’s in great physical shape; she has the potential to do well and to put the team in an advantageous position for the second leg,” he added.

The mixture of exotic locations, challenging climatic conditions and the total of the cash prizes have attracted 80 teams from 30 different countries to compete in this year’s Greatest Race on Earth.

Standard Chartered Bank, both the creator and sponsor of the Race, is one of the world’s most international banks. The Bank has more than 50 000 employees in 56 countries, including South Africa. 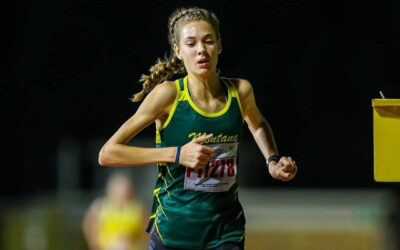