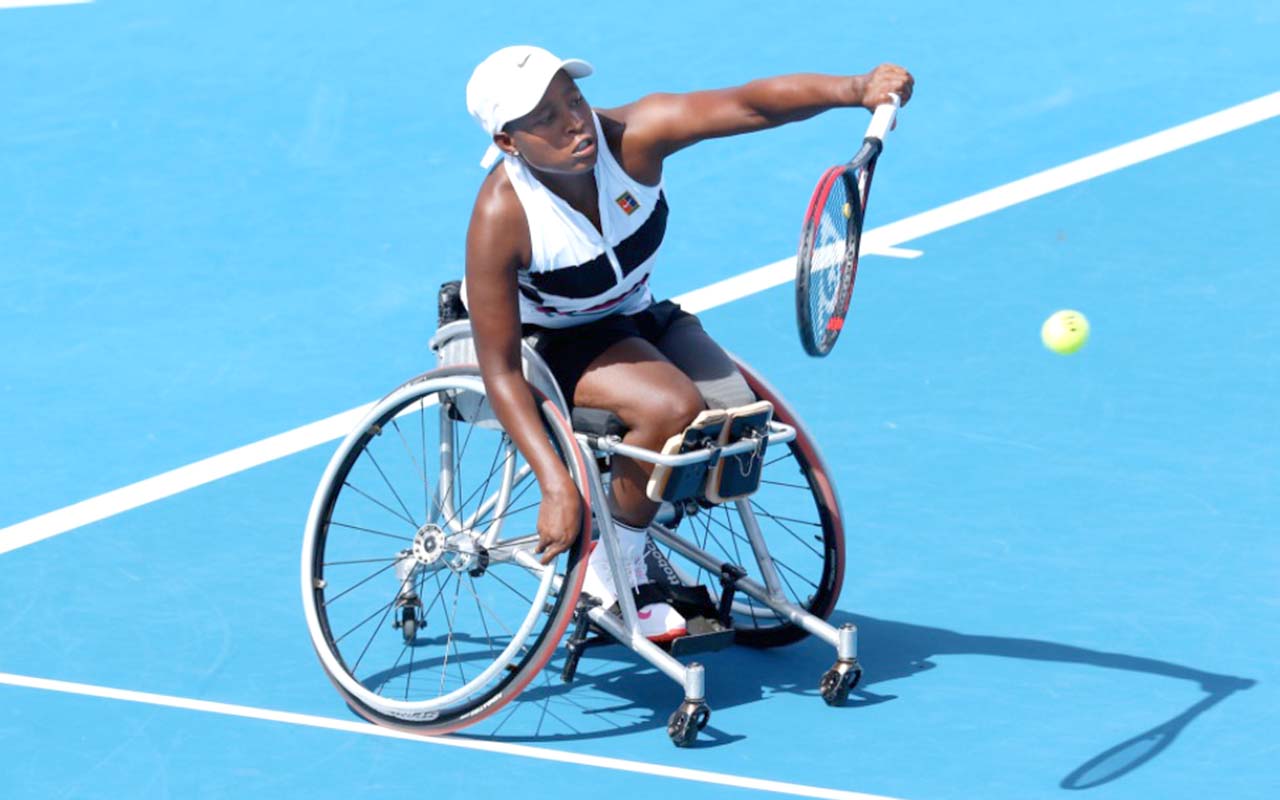 Having delivered a career breakthrough on the eve of the showpiece, wheelchair tennis star Kgothatso Montjane says she is ready to challenge for a medal at the Tokyo Paralympic Games.

Montjane made history over the weekend by becoming the first black South African woman to compete in a singles final at Wimbledon.

Though she lost to top-seed Diede Groot of the Netherlands in her maiden Grand Slam trophy battle, after playing with back pain due to a tough schedule at the prestigious tournament, Montjane said on Monday, 12 July 2021, it had given her a boost in confidence as she prepares for her main goal of the season at the Paralympics next month.

“You have to dig deep within yourself and see what you can really do, and if you love what you do, you will excel.” – South African wheelchair star, Kgothatso Montjane

Montjane, who also reached the doubles final at Wimbledon with British veteran Lucy Shuker, will turn out in the singles and doubles competitions at the Games, with compatriot Mariska Venter receiving a wild card entry.

“The first goal going into the Paralympics was to make sure I was seeded, and that box has been ticked,” Montjane told the media during a webinar following her success at the All-England Lawn Tennis Club.

“I took every match at Wimbledon like I was playing at the Paralympics, and I reached the final, so I’m positive that finishing on the podium is possible and that has always been my goal.

“I don’t care which medal I get, as long as I finish on the podium at the Paralympics, I’ll be happy.” – South African wheelchair star, Kgothatso Montjane

After firmly establishing her place among the global elite, Montjane hoped her latest performance would inspire the youth back home in South Africa, and across the African continent.

“Sometimes you just have to forget about your background and the challenges you have faced,” the 35-year-old player from Limpopo said in a message to her young fans.

“You have to dig deep within yourself and see what you can really do, and if you love what you do, you will excel.

“I still want to feel what it’s like to win a Grand Slam, so this is not the end and I hope the next generation is aware that their dreams are valid. As long as they keep working, it will come.”

Also speaking in the webinar, Tennis South Africa vice-president Riad Davids told Montjane that she was an inspiration to the entire nation, and he urged her to continue carrying the SA flag with pride.

“You had us on the edge of our seats,” Davids said. “You were absolutely amazing, and what you’ve done is fantastic. I think we can expect a lot more from you, and I know you will deliver.”

Photo 1 Caption: Having delivered a career breakthrough on the eve of the showpiece, wheelchair tennis star Kgothatso Montjane says she is ready to challenge for a medal at the Tokyo Paralympic Games. Photo: Supplied