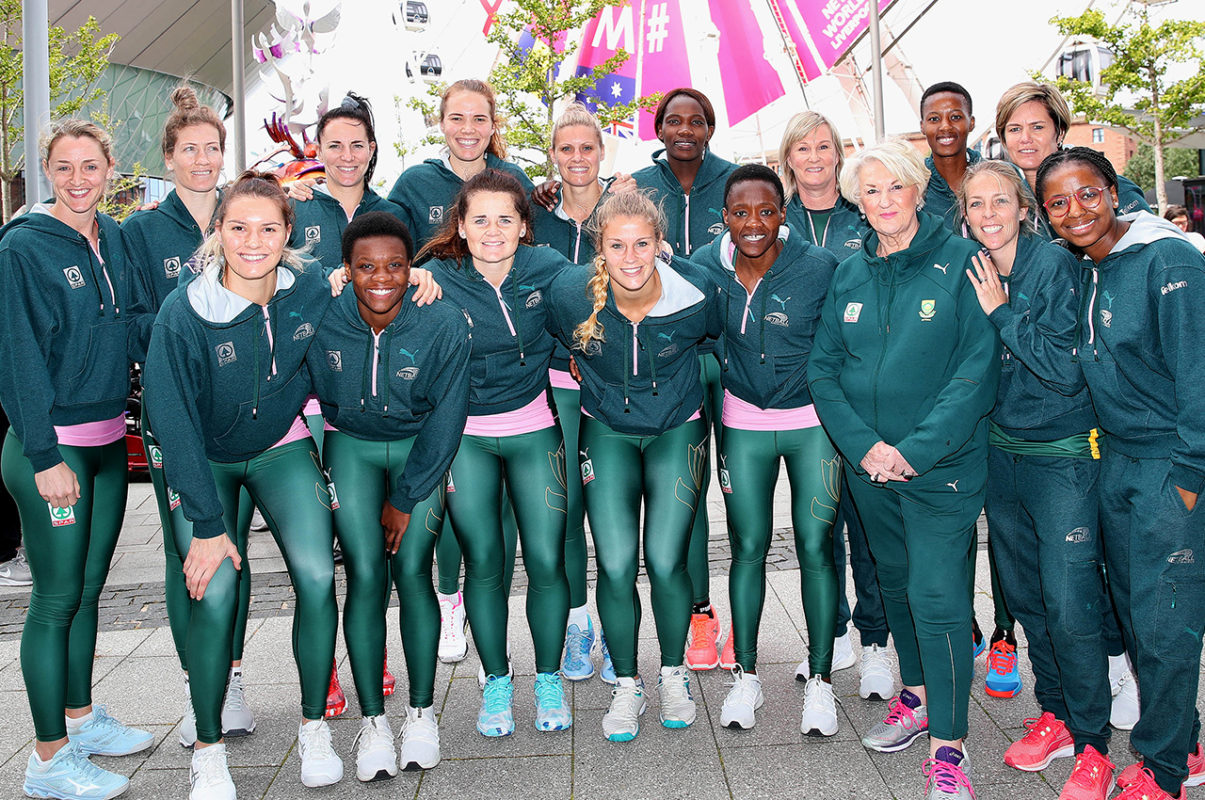 Narrow Loss for the Proteas after Sensational Performance vs Australia

In what was a pulsating semi-final between the SPAR Proteas and Australia at the Netball World Cup in Liverpool, early on Saturday, 20 July, 2019, it was unfortunate that the South African side were on the losing end, failing to progress to the final stage of the prestigious event.

With a final score of: 55-53, the Proteas gave their opponents, who are defending title holders and 11th-time champions of this event, a tough battle and the end score of a two-goal winning margin was closer than what the pundits expected.

The South Africans Started the Game with Much Enthusiasm, Getting onto The Scoresheet First

The South Africans were on the scoreboard first, through Lenize Potgieter, although she then missed an early chance to put daylight between the teams.

After that reprieve for Australia, the sides exchanged goals in the early stages, as an absorbing first quarter progressed. Nerves seemed to take hold of both midway through the quarter though, as a series of loose passes and some effective defensive pressure at both ends of the court put a temporary halt to the scoring at 6-6.

However, as the match progressed and the pressure intensified in the middle of the court, where the Aussie’s turned possession over and took the lead on the scoresheet, the Proteas then found it rather difficult and were unable to drag themselves back level later in the first quarter.

Both sets of shooters were exceptional in the early stages, as the margin stuck at seven. However, when the Proteas needed a hero, Karla Pretorius came to the forefront, turned possession over for the South Africans, who were finally able to take advantage of a glimpse of Australian weakness.

Three goals in a row from Potgieter and Maryka Holtzhausen brought them back to within three, and despite Thwaites having the final say in the quarter – and maintaining the Diamonds’ 100% record – by extending the gap to 43-39 at the end of the third.

Australia held the margin at four in the early stages of the fourth quarter, but when they were penalised for held ball, the South Africans – not to mention the majority of the crowd who had adopted the Proteas as they mounted their comeback – sensed an opportunity.

But, in the end, it was the ladies in green and gold who were on the losing end and will take part in the third/fourth-place playoff on Sunday, 20 July, 2019.

Photo 1 Caption: The SPAR Proteas played their hearts out delivering an outstanding challenge to world no.1-ranked Australia in their Netball World Cup semi-final in Liverpool on Saturday afternoon, eventually going down 55-53 in the nail-biting knockout match. The world no.5 South Africans will now face the loser of the England-New Zealand challenge in Sunday’s final chance to secure a medal. Photo: Reg Caldecott

← Steyn to battle it out with Semenya and Kgatlana for gsport Crown Wings, Daisies and Rafters Secure Saturday PHL Wins →