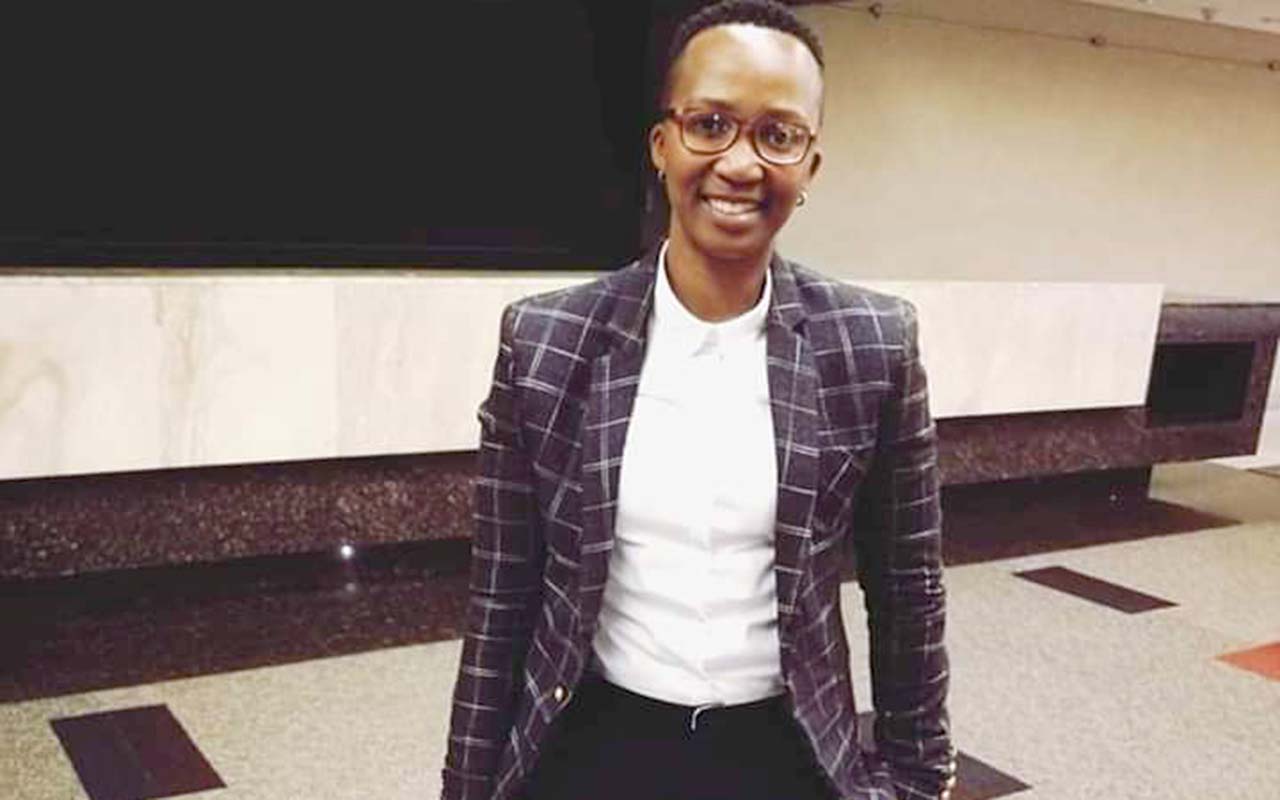 Former Wits University FC coach, Nthabeleng Modiko, will be joining a yet-to-be announced Hollywoodbets Super League side team, where she reveals she wants to be able to help the team improve and meet this year’s season targets.

Formerly coach of the Wits University FC team, Nthabeleng Modiko, is from Maokeng in Kroonstad, Free State, and is currently based in Johannesburg.

Modiko made her coaching debut with Wits in the 2019 Sasol League season, going on to guide her team to a top-five finish, and ended her most recent season earning a top three place with Wits to finish the year.

This year, the coach – styled in honour of the Brazilian midfielder ‘Dunga’ – looks forward to being part of a new team facing new challenges, and hopes her enthusiasm is enough to tackle the year.

Nthabeleng, thank you for chatting to us. Please tell us more about yourself?

Thank you for having me. I’m born Nthabeleng Modiko from Maokeng, Kroonstad, in the Free State. I’m a soccer coach based in Johannesburg, and formerly with Wits University F.C.

It started at home and in the streets of Maokeng, with my friends and family playing this lovely game.

I was the only girl in my community to play soccer with boys, regardless of their age or build.

As long as I can remember, I’ve either ran after or kicked a ball. It also helped that I had a very supportive father, who had the greatest love for this game and myself.

He owned, coached and played for his team, and took me to most matches almost every weekend, and I must add that this was probably the happiest time of my childhood.

Please tell us about your nickname ‘Dunga’?

I got this name during my playing days. Apparently, because I played similar to the Brazil-born midfielder Carlos Caetano Bledorn Verri – known as Dunga, according to someone at my home team. (LOL!)

You have won many sports accolades. Which one of them stands out for you the most?

Every one of them is very important, because it formed a foundation for another, but I think the most special one has to be getting the Wits team into the Varsity Football competition for the first time ever in 2019, and making it to semis as debutants.

In 2019 on your debut, you guided your team to a top five finish in the Sasol League, and in your final year in 2021, you finished on top three – How do you feel about this progress?

I’m extremely proud of the achievements and credit should go to the team for working very hard at meeting our targets. It shows a great determination from the club to be growing every season. I’m honoured to have been a coach during this tenure.

What is the greatest challenge we currently face with the sport in South Africa?

I think a challenge we face is lack of support, development and resources to propel our success as a sporting country. We have plenty of talent but there are few fertile spaces to properly develop them and get them onto the spotlight.

I admire all sports women, I think impactful women who have the ability to stay true to their craft and improve their mastery, even within the challenges they face.

What are some of the lessons you have learned in your career?

“The greatest lesson is to never believe you know it all.”  – South African football coach, Nthabeleng Modiko

This game has evolved so much that the knowledge I have from my playing days has almost gone obsolete.

What is next for you in your career?

I’m joining a new team which is playing in the HollywoodBets Super League. There is so much I need to grasp as this is a new challenge for me, and I want to be able to help the team to improve and meet this season’s targets.

What more do you hope to achieve?

I’d like to play a very critical role by adding to the number of quality export players and increasing the selection pool for the National Team. I think this is a personal target which I hope to achieve in the next decade.

To be a great educator and coach of the game to young and existing female players, and to one day have an educative soccer academy in my name, and in my province.

The institution plays an important role to highlight the emergence of young talent and to also keep us updated with the happenings of our role models. The reliability of gsport to keep us updated helps to uplift the game or sports in general.

What do you think we as media can do to amplify women’s sports?

I think more women specific articles to celebrate the achievements of the sportswomen can help to ensure the continuity and support of the game.

We need not only know of the achievements, but also the challenges faced regularly so as to not deter the ambition of sports women.

Every experience can be a lesson, to another.

I think I’m looking forward to the new team and new challenges.

I hope my enthusiasm is enough to give me a boost when tackling this year. I hope there’s more and bigger achievements associated with my name and team.

Photo caption: Lauded for her success coaching Wits FC for the past three seasons, Nthabeleng Modiko – who has agreed terms with an as-yet unnamed Hollywoodbets Super League side – talks about her ambitions of producing quality national- and international stars. Photo: Supplied