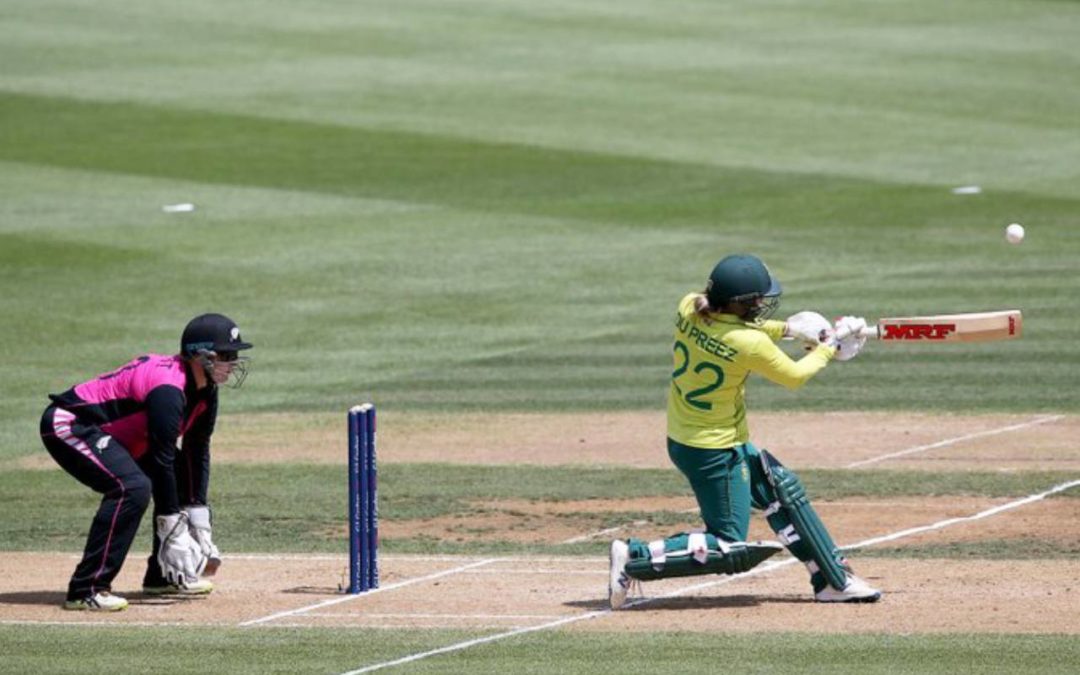 New Zealand tightened their grip on the five-match T20I series with a five-wicket victory in the second match against South Africa on Thursday, 6 February 2020.

The Proteas Women ended their innings with 119 all out from 20 overs with Mignon du Preez top scoring with 40.

The home side struck early as Rosemary Mair caught Lizelle Lee for an LBW after only making two runs off five balls.

The early wicket had the White Ferns on top as runs were hard to come by for the South African’s until the end of powerplay.

A couple of boundaries from captain Dané van Niekerk gave the away side some hope of finding steady ground, creating a partnership with du Preez.

However, the Ferns struck to get a big wicket, taking van Niekerk out to break the partnership.

In reply, the White Ferns’ chase of 120 began with some disciplined bowling from Shabnim Ismail and Khaka in the first over.

By the end of powerplay, New Zealand were 29/2.

Sophie Devine and Maddy Green kept the proceedings going on the crease and created a formidable partnership.

Devine top scored once again with 61.