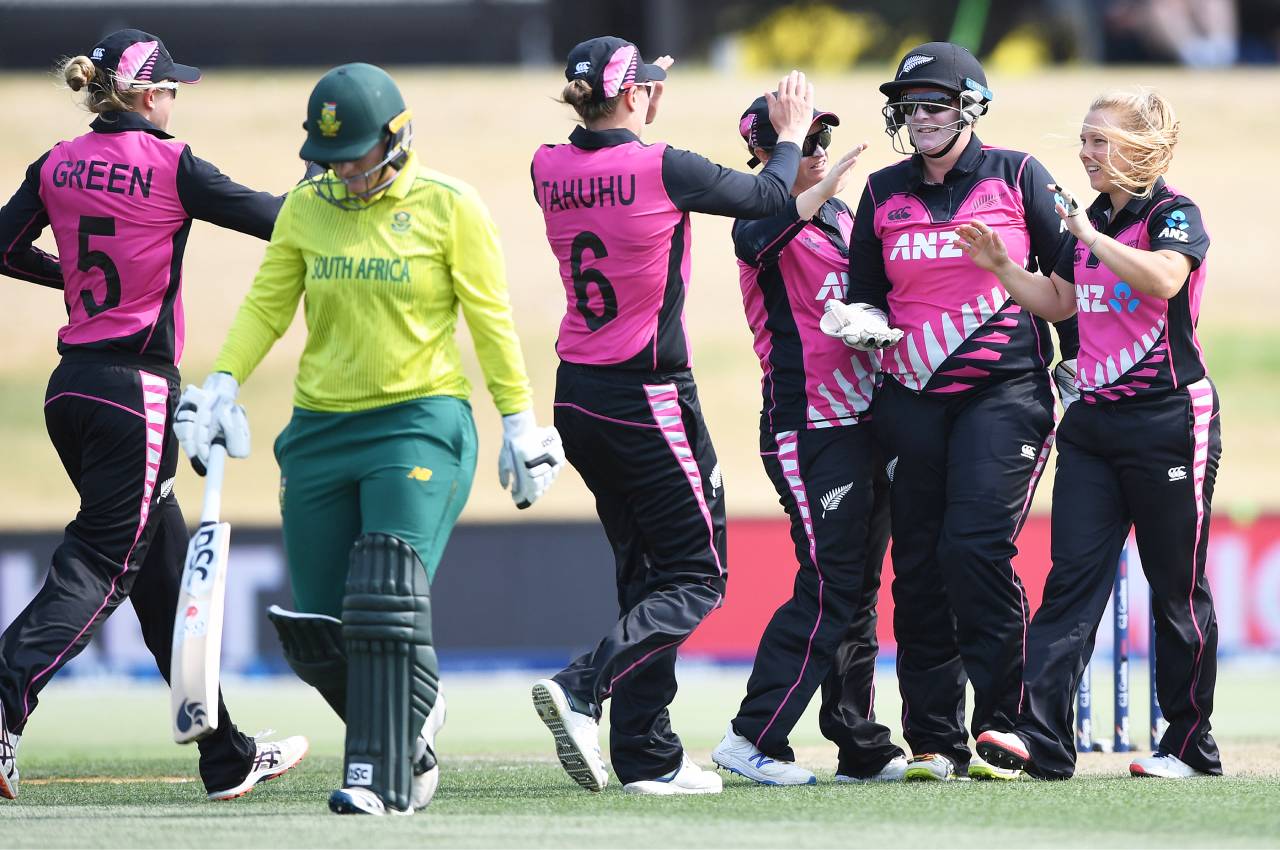 A powerful batting performance by New Zealand earned the White Ferns a nine-wicket victory in the opening T20I match against South Africa on Sunday, 2 February 2020.

Proteas Women ended their innings with 116/7 from 20 overs and Laura Wolvaardt top scoring with 33.

The South Africans started proceedings with Lizelle Lee and Wolvaardt in the middle of the park. The opening batswomen made a steady start, however lost a key wicket in Lee for 17 runs in the fourth over.

Nadine de Klerk joined Wolvaardt at the crease eager to create a strong partnership, but de Klerk was eventually bowled by Amelia Kerr for 23 runs in the 12th over.

The Hilton Moreeng-led side were in for a battle when two wickets; Wolvaardt and captain Chloe Tryon’s run out without facing a single ball, fell in one over.

Trisha Chetty and Ayabonga Khaka ended the innings for the away team.

In reply, the White Ferns got off to a firing start as they dominated the scenes, lead by Sophie Devine who edged the home team to win the first T20I by nine wickets.

The Proteas will be hoping to bounce back in the second T20I match on Thursday, 6 February 2020.