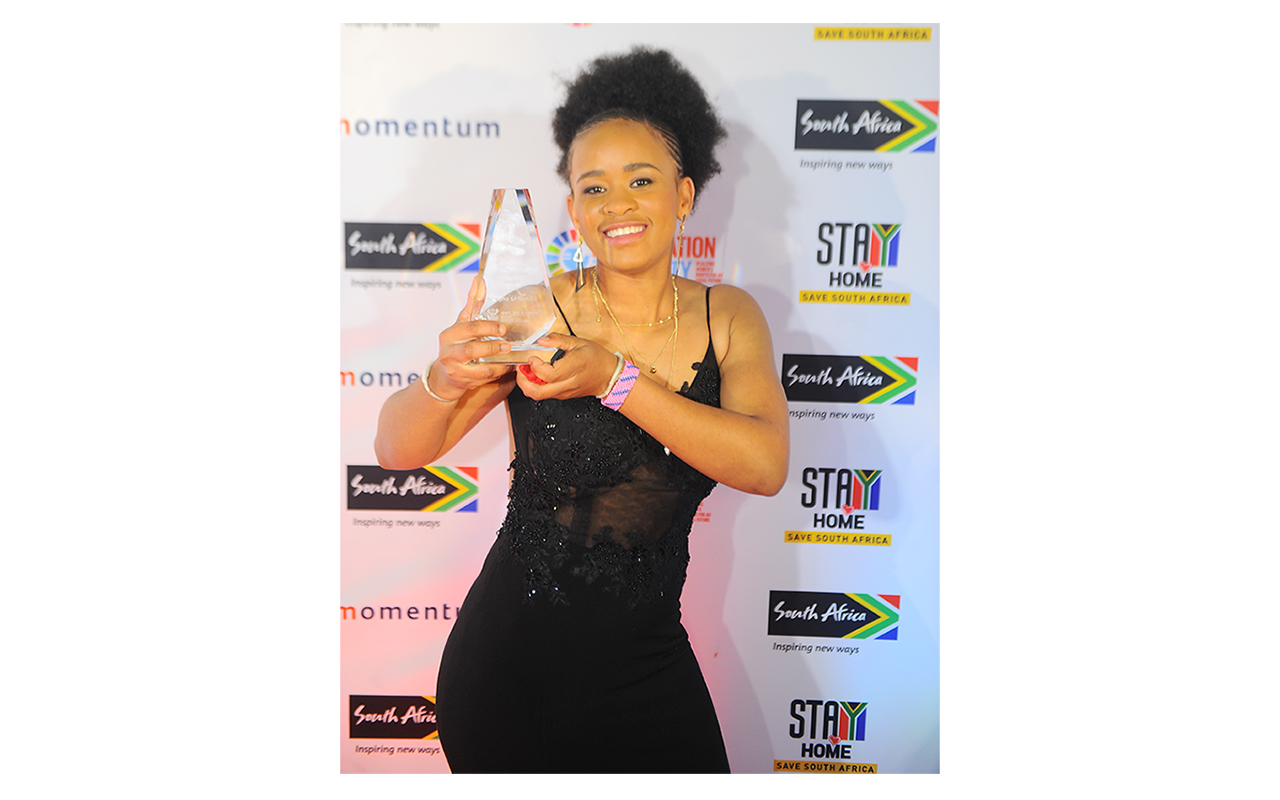 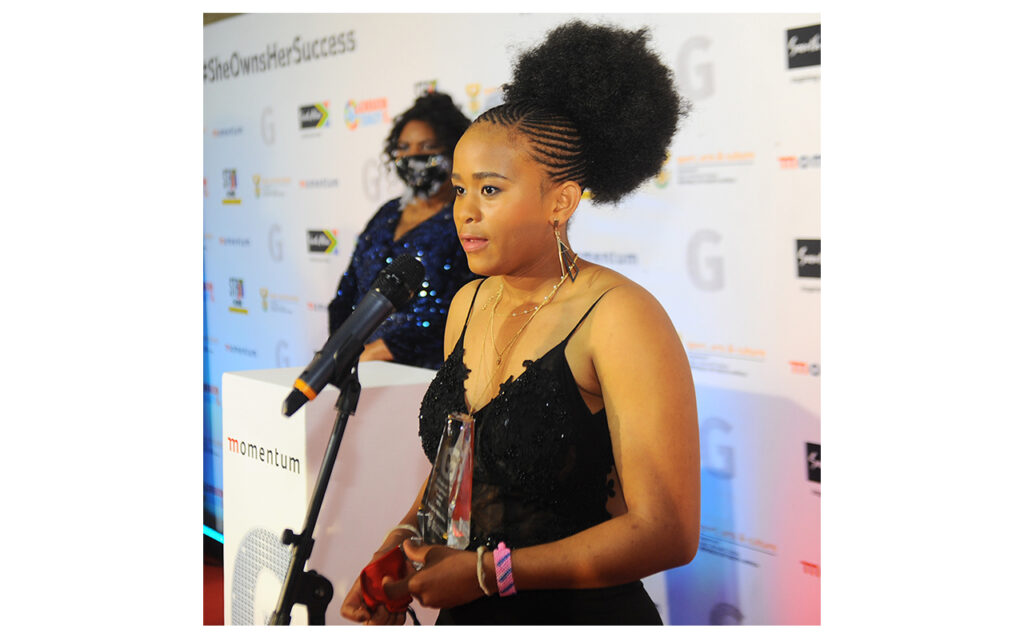 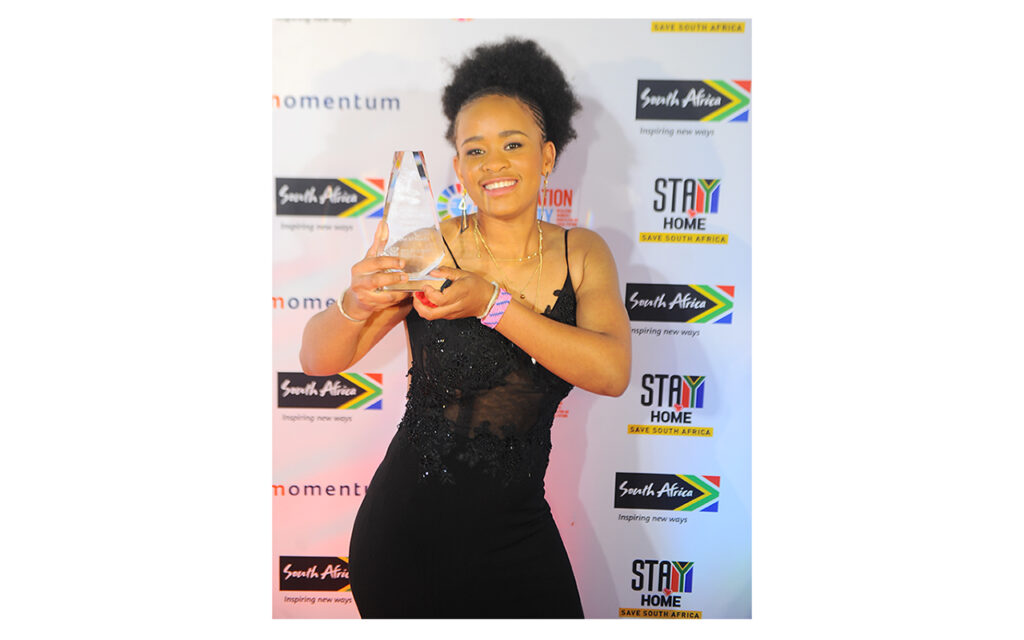 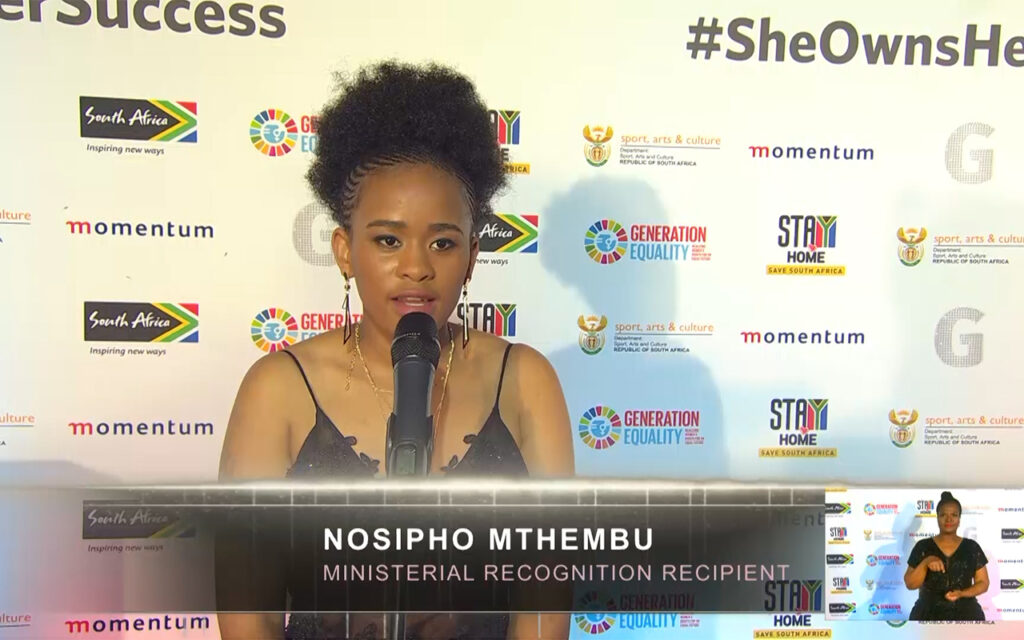 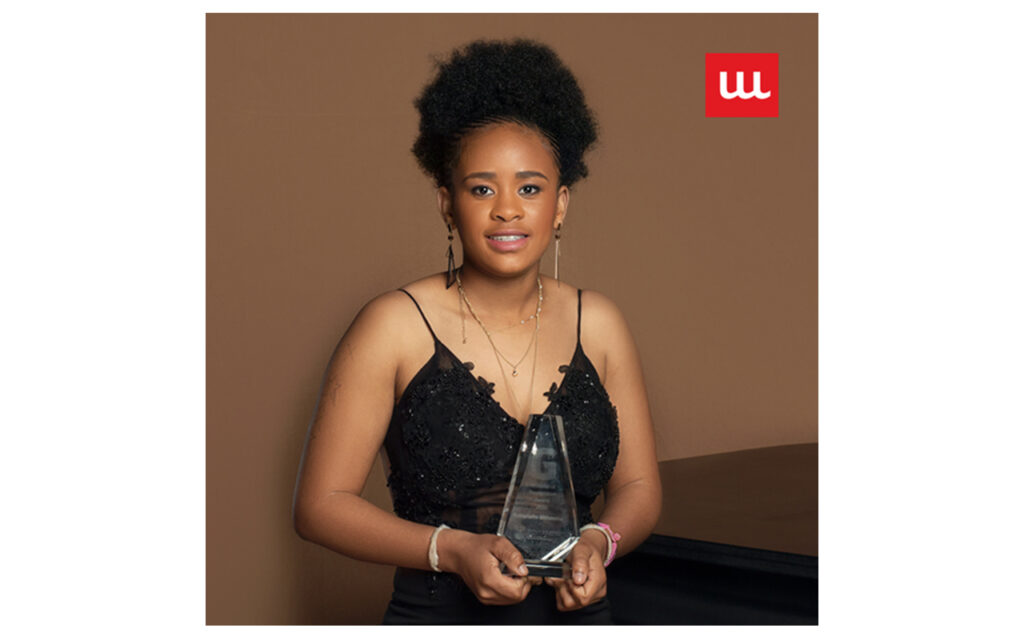 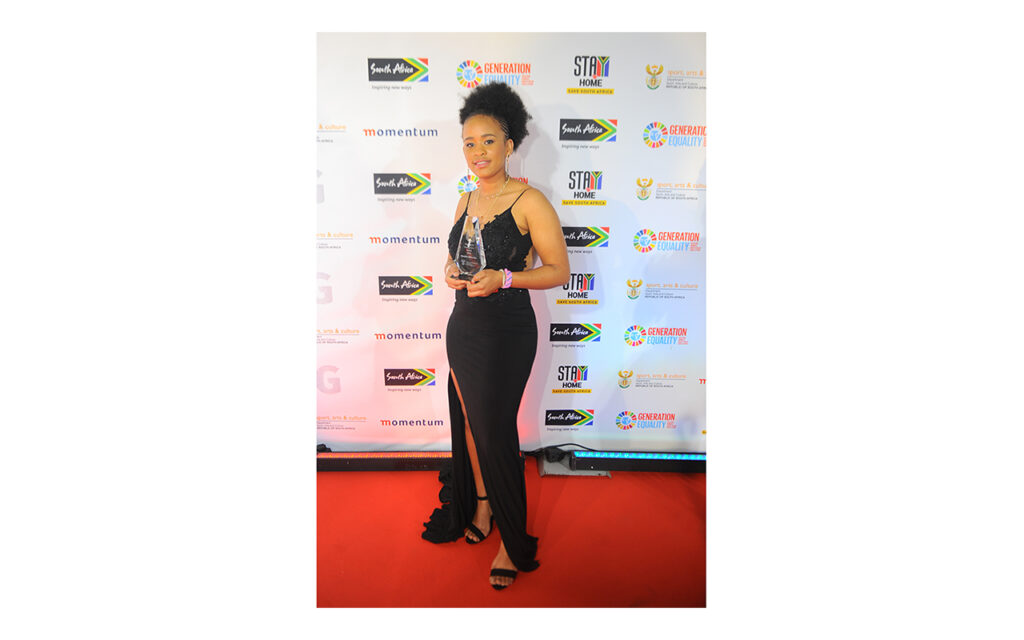 Nosipho Mthembu is a game changer and knows what it means to shatter barriers. Her win on the Momentum gsport Awards stage is the latest in her growing list of achievements and the Ministerial Recognition of Excellence award recipient hopes this will pave the way for many young girls interested in canoeing.

The 19-year-old became the first black woman to qualify for the World Junior Marathon in China last year, bringing home gold from the All Africa Games in Morocco to cap off a stellar 2019 on the water.

The KwaZulu-Natal local started her sporting career at age 11, after a prohibited excursion to explore the Shongweni Dam with her friend opened up a new interest and sport. The ‘fast learner’ admits she hasn’t looked back since.

“I started canoeing in 2013 at the age of 11, at that time I was doing karate and playing soccer,” she explained.

“I remember the day very vividly – it was in March – I followed my friend to the dam, I didn’t even ask my parents for permission to go, for them going to the dam was a big risk. There were rumours around the community that there was a big snake in the water.” – 2020 Momentum gsport Awards Ministerial Recognition of Excellence Award recipient, Nosipho Mthembu

“When I first started, I did a few lessons and was hooked. Thankfully I was a fast learner and after a week of training I was ready for my first race that weekend. I remember coming last, but that is what I love about this sport. It takes you to different places and introduces you to different people and cultures. My family is very supportive; all I have to do is train hard and focus on qualifying for events.”

Mthembu hasn’t let the Covid-19 pandemic put a stop on any of her goals and aspirations as she remains focused on her journey and seeking opportunities to grow her profile and achievements in the sport.

Her current goal remains winning the Dusi Marathon – a gruelling marathon canoe race held over three days between Pietermaritzburg and Durban along the Msunduzi and Mngeni Rivers, over a total distance of 120 kilometres. She has participated in this race for three consecutive years, and after finishing last in her first attempt, walked away with a fifth place finish earlier this year.

“The Dusi is a special race, you get to face many challenges for three days,” she explained.

“It is extremely tough, paddling and running for nearly 120 km, it is hard, but it gives you focus on what you are doing. When you get to the finish line you know that your family, supporters and coach are all waiting.” Nosipho Mthembu on her goal of winning the Dusi Marathon

Nosipho credits her support structure and family as her biggest inspiration and motivation, particularly in a sport that receives very little funding and profiling. KZN Canoeing and the KZN Department of Sport, Art and Culture have played an important role in her advancement in the sport, often providing the necessary equipment and support for her races.

“I have two people who I look up to. Sbonelo Khwela is my role model and a river racing champion. One day I want to run like him, the Dusi is about running and I am learning a lot from him. For flat water inspiration it is Bridgitte Hartley. She won a bronze medal at the Olympic Games and I got to race with her at the World champs last year. She is an inspiration and someone I can learn from.”

Participating at the World Junior Marathon in the same boat as her role model, Olympic bronze medallist, Hartley, ranks high on her list of career highlights so far and her ultimate dream is to represent her country at the Olympics and to be a celebrated World Champion across the globe.

“I would like to attend the World Canoeing Marathon again; it is always a challenging tournament which tests your skills against the best in the world. The Olympics are the dream, hopefully in four years I can represent South Africa there.”

Mthembu’s achievements, along with the efforts of Momentum Athlete of the Year & World Surfski Champion Hayley Nixon, shone a vital spotlight on Canoeing in South Africa.

“My award really raised the profile of canoeing in South Africa because the sport is not profiled like football, rugby or netball,” she said.

“This award is huge for our federation. With very little funding, Canoeing SA is achieving big things.” Nosipho Mthembu talking up the feats of Canoeing South Africa

“We need to create more awareness and campaigns around the sport to open up interest to young girls,” Nixon continued. “We need to reach out to young girls and give them an understanding of the sport and what it requires to perform at national level.”

Nixon looked on at Mthembu with pride on the Momentum gsport Awards night, knowing that the future of canoeing in South Africa was bright. 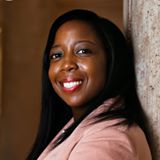