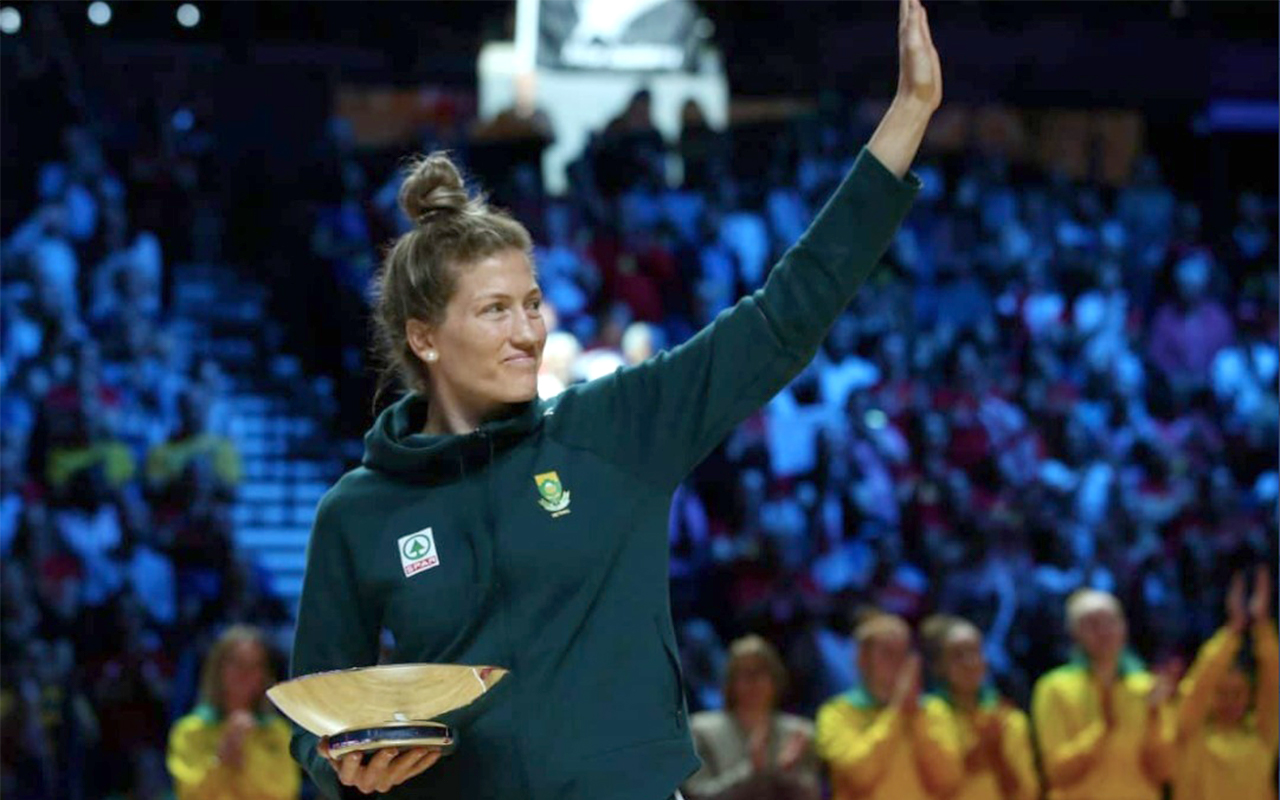 South African global netball star, Karla Pretorius, features in the Suncorp Super Netball Team of the Year after a stellar season in the top-notch Australian league.

Since joining the Sunshine Lightning club from Team Bath in the UK, Pretorius, has become one of the best intercept defenders in the league and has been named as the starting goal defender.

Congratulations to the ten athletes who have been named in the 2020 Suncorp Super Netball Team of the Year. What an incredible team!#ANA2020 pic.twitter.com/KKawR6KsJx

Pretorius’ star continues to rise since winning the Player of the Tournament award at the 2019 Vitality Netball World Cup in Liverpool, England.

The 30-year-old reached 100 appearances for Lightning, and was their Player of the Year for the third time in a row. In August this year, she was crowned the inaugural Global Woman in Sport award winner, at the Momentum gsport Awards.

This month – December – the SPAR Proteas legend was named overall Newsmaker at the second edition of the gsport Annual List event which includes award-winning Proteas Women duo, Laura Wolvaardt and Shabnim Ismail, who have played sumptuous roles in the T20 format this year.

“Thank you to gsport for honouring and supporting us. We have so many newsmakers in South Africa in terms of women’s sport, so it is a great honour to be recognized, especially as an overall newsmaker in the country,” said Pretorius at the #GAL2020 event in Johannesburg.