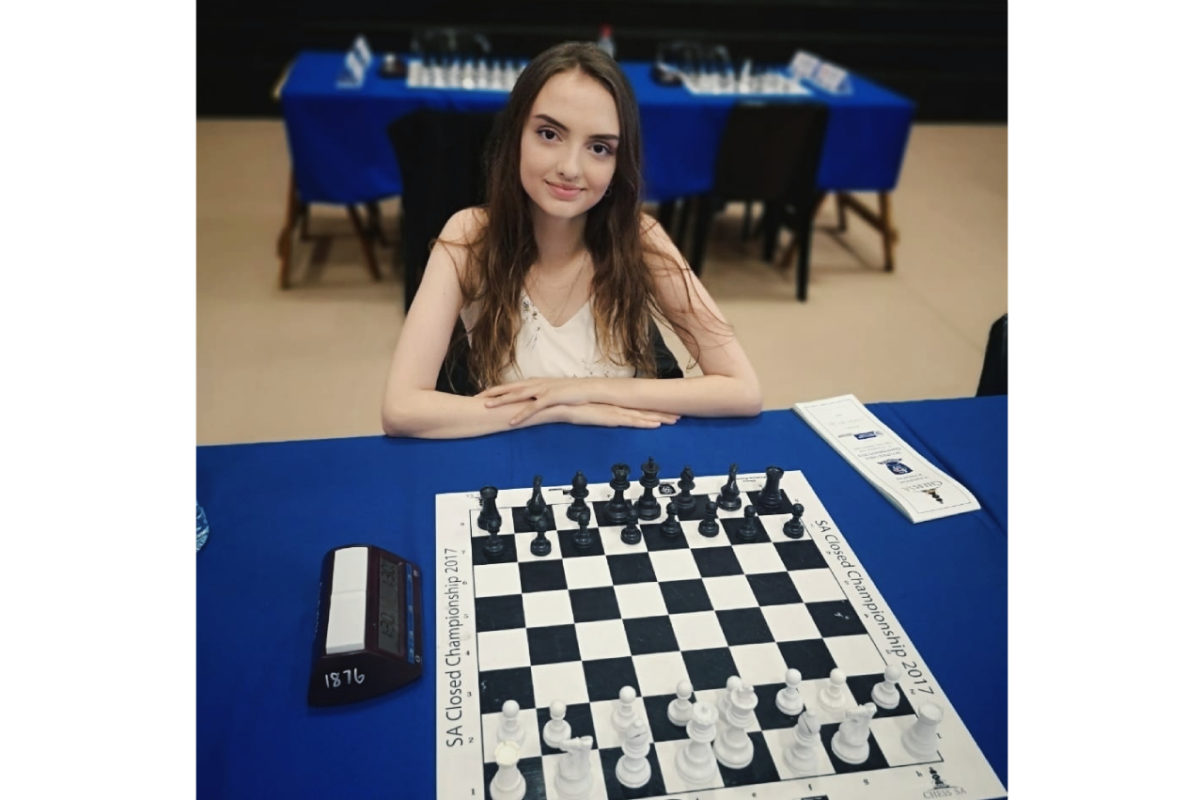 Nelson Mandela University student Charlize van Zyl, is gearing up for next year’s World Chess Olympiad and plans to fly the South African high on the international stage.

Van Zyl currently holds the record for being the youngest South African to win the Women’s International Masters title.

At 7, her father introduced her to chess, and she has not looked back since then.

From 2014 to 2017, the now 21-year-old took a break to focus on school but is now fully immersed in the game and tournaments around the world.

With chess still a developing sport in the country, van Zyl believes South Africa is on the right track to reach the standards set by the rest of the world.

Kimara Singh finds out more about the woman behind the chess board.

Charlize, thank you for the chat! What competitions have you attended in your career so far?

I have played in many, many tournaments, ranging from local to international with both Junior and Senior South African colours. The most prestigious has been being part of the South African women’s team at the 2018 World Chess Olympiad in Georgia. Next year I will also be part of the Olympiad team where the tournament will be held in Russia.

We know you are looking forward to this year’s World Chess Olympiad, is it one of your goals to compete and win at such a prestigious event? Please elaborate.

The Olympiad is one of the most prestigious tournaments in the world, where hundreds of countries send their best players to participate so it will always be an honour to represent South Africa here. I think that South Africa really has a great chance to be one of the best African countries, so this is what we will be working towards.

What got you started in chess and how long have you been involved in it?

My father introduced me to the game when I was about 7 years old. I started competing nationally at 8 and internationally for South Africa a year later. I took a break from 2014-2017 to focus on school, but since then I have been fully immersed in the game and tournaments.

Do you have a specific memory of participating in chess that you hold dear to your heart?

Who inspires you to do better and reach for your goals?

I am inspired by my father, who is the most passionate person about chess that I know. From a young age, I always tried to do my best to make him proud and I will continue to do so.

What is the highlight of your chess career so far?

How have you kept up your spirits during the lockdown?

Chess has had a massive boom during the lockdown period where many people have started to play, and many tournaments are taking place. This is all online of course, but it has really helped me during the lockdown as I have had a lot of time to work and improve, as well as introducing a lot of my students to the game.

How have you coped with not having any events and competitions and how are you planning for the uncertainty that lies ahead?

As I mentioned, there have been many events online including the Online Olympiad and the South African Qualifier event for this tournament, where I won the ladies section and had the opportunity to represent South Africa once again. Nevertheless, I do miss over the board tournaments and there is a lot of uncertainty around them starting up again but the best we can do right now is train and play online, preparing for the next tournament (whenever that may be).

How does it feel to represent your country? And what are you looking forward to most about being part of Team SA when you do end up competing again?

It will always be a great honour to represent South Africa, but in terms of our standings compared to the rest of the world (particularly Europe) we do still have a long way to go to reach that level. But I do think that we are growing, with a lot of up and coming talent so it is exciting to see where we will be in the next few years, and it is great to be part of that!

Also, even though I am competing as part of a team, at the end of the day chess is very much an individual sport where it is only you at the board (with your opponent) making every decision and subsequently only having yourself to blame if you play badly. So, there is an added pressure being part of a team as you aren’t just playing for yourself but playing to make your team and country proud too and I look forward to doing this in Russia next year.