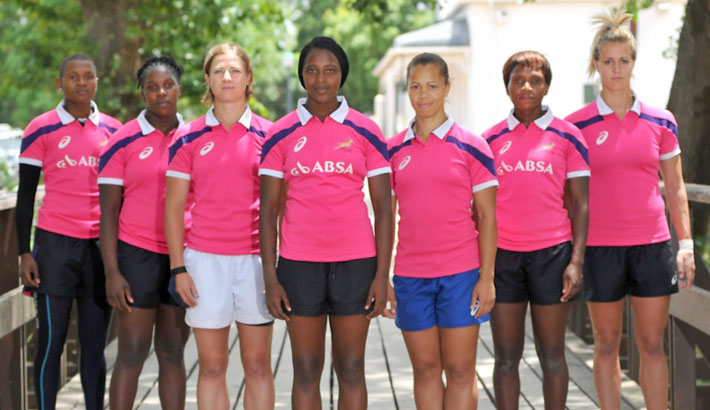 Springbok Women’s Sevens coach Renfred Dazel on Thursday made one change to his 12-member squad for the Rugby Africa Women’s Sevens Olympic Qualifier on 26 and 27 September, with Ziyanda Tywaleni making her first appearance for the team this year.

Tywaleni, who last featured for the team in the season-opening Dubai Women’s World Series in December, replaces Zaandre Theron.

The Olympic Qualifier will be hosted at the Barnard Stadium in Kempton Park, and South Africa will feature among 10 teams including Kenya, Tunisia, Zimbabwe, Uganda, Madagascar, Senegal, Namibia, Zambia and Botswana.

“Ziyanda has been working very hard at training throughout the year and she has been unfortunate not to be selected,” said Dazel.

“But there is a lot of competition within the squad, and the players realise that sometimes they have to be patient to get a chance to play. Ziyanda has been positive at training despite this, and I am pleased that she has earned her chance to make her presence felt.

“Hopefully she will transfer her positive attitude onto the field and use this opportunity to stamp her authority.”

Dazel said it was important to maintain continuity in selection, especially since a victory in Johannesburg would ensure that the team meets the criteria to qualify for the 2016 Rio Olympic Games.

Should the Springbok Women’s Sevens qualify for the Olympic Games, the ultimate decision on whether they will be able to participate in the international showpiece will lie with the South African Sports Confederation and Olympic Committee (SASCOC).

“The core of team has remained the same since the beginning of the season, and it has paid off as there has been a vast improvement in our standard of play since our first tournament of the season,” said Dazel.

“The players are familiar with each other’s style of play and they have grown into a tight-knit unit after a few challenging tournaments this year, which is fantastic to see.

“I hope to see the same fighting spirit they displayed in the last three legs of the World Series and in the World Series Qualifier recently in Ireland, when they take to the field in Kempton Park.

“If we are able to deliver those standards and use a few more point-scoring chances, I believe we can win the tournament.”

The team will depart for Johannesburg on Sunday.

Photo 1 caption: Members of the Springbok Women’s Sevens Squad pictured ahead of the 2015 Rugby Africa Women’s Sevens Olympic Qualifier to be contested at the Barnard Stadium in Kempton Park, on 26 and 27 September. Photo: Gallo Images