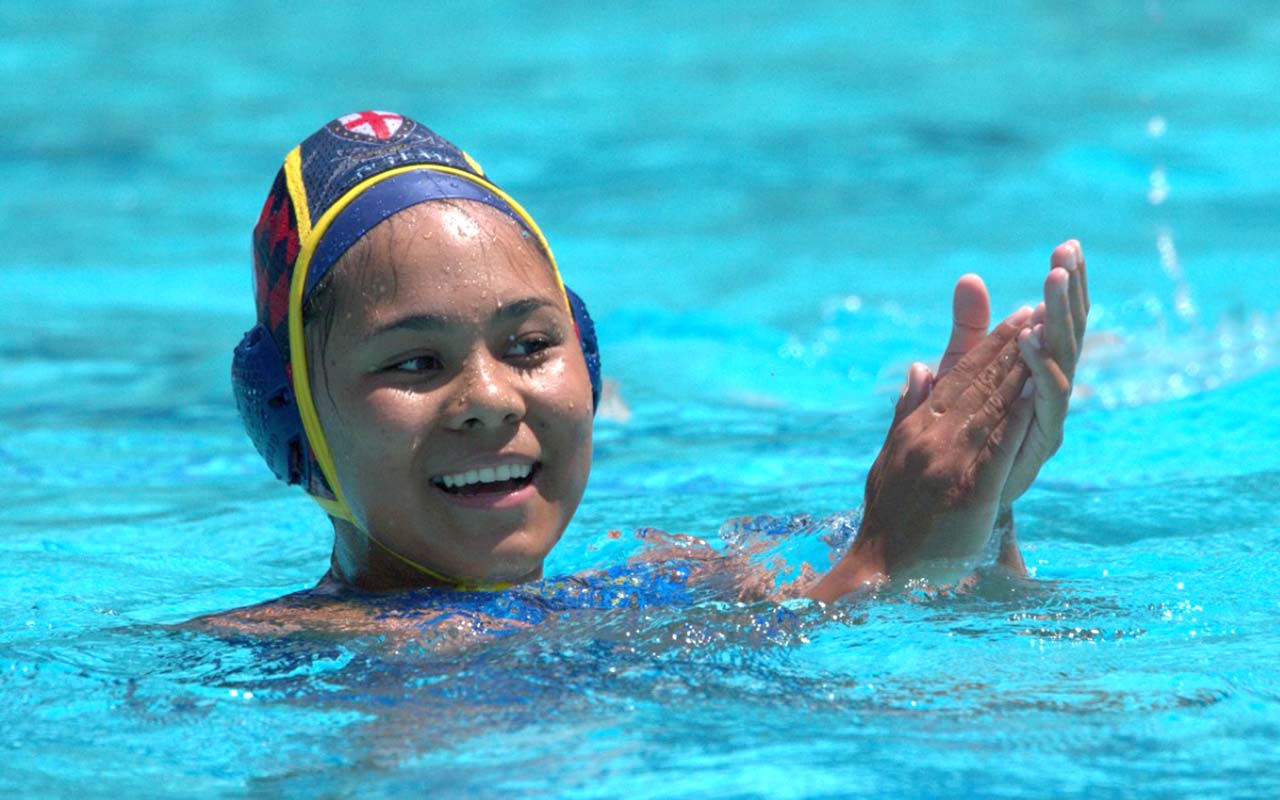 Shakira January is looking forward to representing South Africa in the country’s first inclusion in Water Polo at the Olympics as she is part of the final squad that was announced by Team South Africa.

January is excited for the journey ahead of the Games and is especially amped to meet her role models at the prestigious event.

Her training and preparation with the team is currently well underway as they look to build a strong bond going into the tournament.

Besides competing, January has a larger goal for her career which is to teach and impart her Water Polo knowledge to the next generation that follows and would love to see more youngsters being a part of the sport.

Speaking with Babsie Kutwana, January reveals challenges she has faced and how the department can better support Water Polo.

Hi Shakira, firstly congratulations on making the Olympic squad. How does it feel to be one of the first to represent SA at the Games in Water Polo?

I still cannot believe it! It has not sunken in yet. I feel nauseous but the good and excited kind and I am overwhelmed by the support I have received. It is always an honour and a privilege to represent my countryand the opportunity to wear the South African flag at the Olympics for the sport that I love is incredible.

How is training and preparations for the Games going?

I have always loved polo sessions and going to gym but knowing that I am training for the Olympics makes it 100 times better. I have pushed myself harder than I ever have before, knowing I will be playing against the best of the best and knowing that they have a few years ahead of me. The best part of training are the training camps. I especially love these camps for the game time as, due to Covid, there aren’t any tournaments or large training sessions where you can play games. As much as an overload of training can affect you physically it can also affect you mentally. It is always informative for me to give myself a break, to allow my body and brain to reset.

What would you like to achieve at these Olympics?

What defines achievement to me is the team bond created. I want to come back from the Olympics knowing that we made our country proud, working together and putting our hearts into every game. I want to bring that feeling back to South Africa as my ultimate achievement.

“I am also looking forward to the different foods, as I am a huge foodie, and I am extremely excited to be part of the opening ceremony.” – Water Polo athlete, Shakira January

Besides competing, what are you looking forward to most about Tokyo?

Definitely seeing Ashleigh Johnson in person and watching her compete. She is a role model and inspiration to me and so many women/girls all over the world, why wouldn’t you want to meet her?! I am also looking forward to the different foods, as I am a huge foodie, and I am extremely excited to be part of the opening ceremony. I have been watching the opening ceremony for as long as I can remember and to now be a part of it is crazy!

When did you discover water polo and what sparked your interest in taking it up?

I was first introduced by watching my cousin play. To be honest, I thought they were able to touch the floor, so it looked like a fun game my brother and I played in our pool at home. At my first school practice I quickly learnt I was completely wrong. Only learning how to swim in grade 7, I was the drowning kid but playing with my friends and having such an amazing coach made me stick around for a little while and I soon grew to love the sport.

What are the challenges that you have experienced in taking part in the sport?

In water polo, not everyone looks like me. This is not something I noticed at first but was pointed out to me a few years after I started playing. An international tournament that was meant to build and enhance my water polo career only broke me to the point where I wanted to quit. Luckily for me my support structure helped me realize that some people do not want to see you succeed, some people see triumph in your defeat. They helped me realize that you cannot let people like that define you. I know that this is a challenge I am not facing alone, and I will fight until we overcome this challenge. This is not the only challenge I face but it is the most important.

How do you feel that the department can better support the sport as well as the athletes who take part in the sport?

I believe they can be more involved in the sport. One of the ways the government can better the sport is by assisting players financially for international tournaments. The government could also provide more facilities to more schools in different communities. Thanks to the government through SASCOC we have fortunately been given the opportunity to compete at the Olympics, however we have not had the same preparation as other countries. For example, most of the other countries have been participating in tournaments prior to the Olympics in order to build team bond and strategies. This would be key for any team participating in such a prestigious event.

Who do you lean on for support through the tough times?

My family, specifically my immediate family of four as well as my aunt and cousin. They are my rock. They have helped shape me into the person I am today, and I am eternally grateful for what they have sacrificed to grace me with the life that I have.

What are your aspirations for your water polo career?

I want to teach young girls and boys how to swim and progress into teaching them how to play Water Polo. Water Polo is not well known in South Africa, especially in public schools. I want to change that. I want to change the stigma that lies behind water polo and encourage anyone who is fighting that sigma to carry on fighting and to never stop.

What would be your advice to encourage those who aspire to take up the sport?

Don’t let what people say get to you. Be strong and trust in yourself, your time will come. Allow the ones closest to you help you if you need it.

Photo Caption: Shakira January is looking forward to representing South Africa in the country’s first inclusion in Water Polo at the Olympics as she is part of the final squad that was announced by Team South Africa. Photo: Supplied