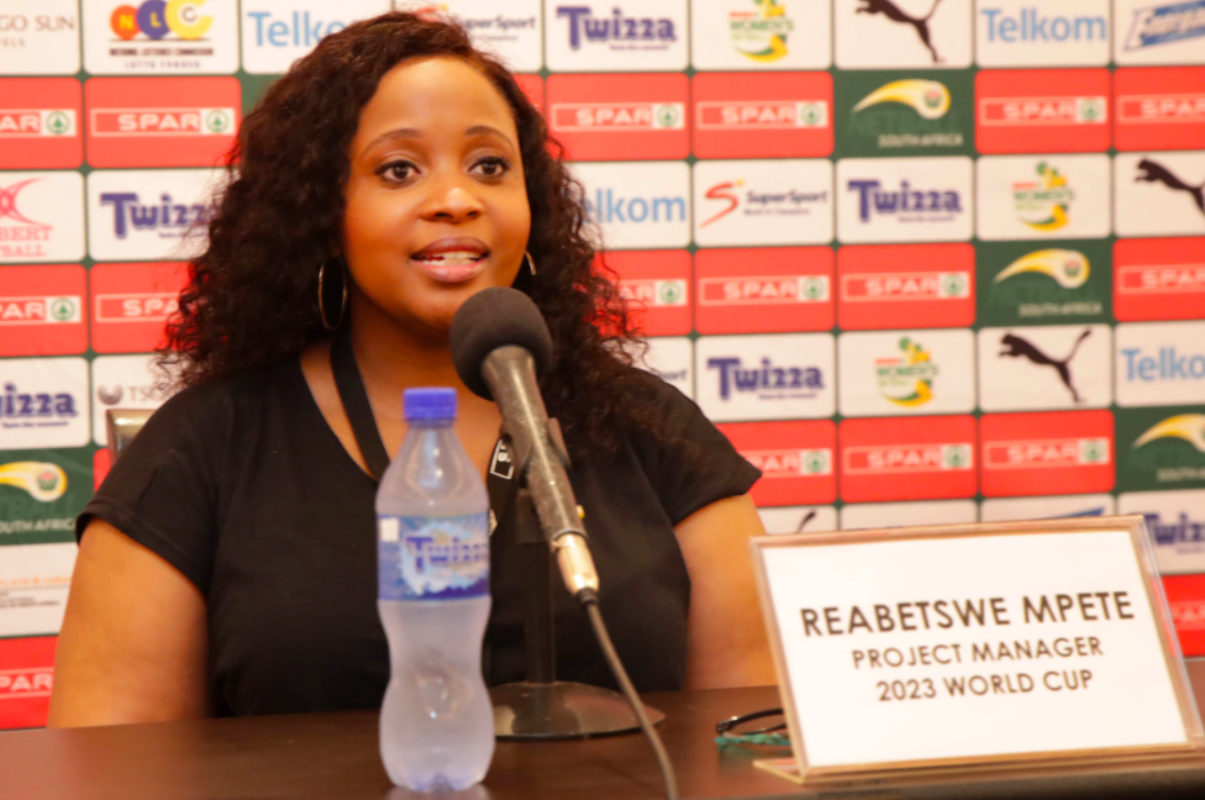 South Africa is exactly where it needs to be in its preparations for the Netball World Cup (NWC) in Cape Town in 2023, despite the impact of the Covid-19 pandemic.

This was the assurance from newly appointed NWC Project Manager, Reabetswe Mpete, when she spoke to journalists at the SPAR Challenge Test series between South Africa and Malawi at Sun City.

“We are all getting used to Zoom meetings, and we have a strong partnership with the three tiers of government involved – the City of Cape Town, the government of the Western Cape and the national government,” said Mpete.

“I am very excited to be involved in this opportunity for women to shine and for netball to get the prominence it deserves,” she said.

“It’s a huge task, but we have a great vision for the tournament, and we look forward to welcoming the world to sunny South Africa.”

Mpete was previously at the SASCOC High Performance Centre, where she was the coordinator of Operation Excellence, which groomed athletes for the Olympic and Commonwealth Games as well as the Youth Olympics.

An NWC Board will be appointed next year to manage the preparations and the International Netball Federation (INF) will appoint their own Project Manager to oversee preparations.

Mpete said there were targets to be met at regular intervals in the run-up to the NWC.

“Our first task is to report to the INF in July on the progress made so far,” she said.

“Our partners in this venture are all very enthusiastic about the opportunities the project offers.

“One of our advantages is that it is in a single centre, in a city renowned for its beauty,” Mpete concluded.