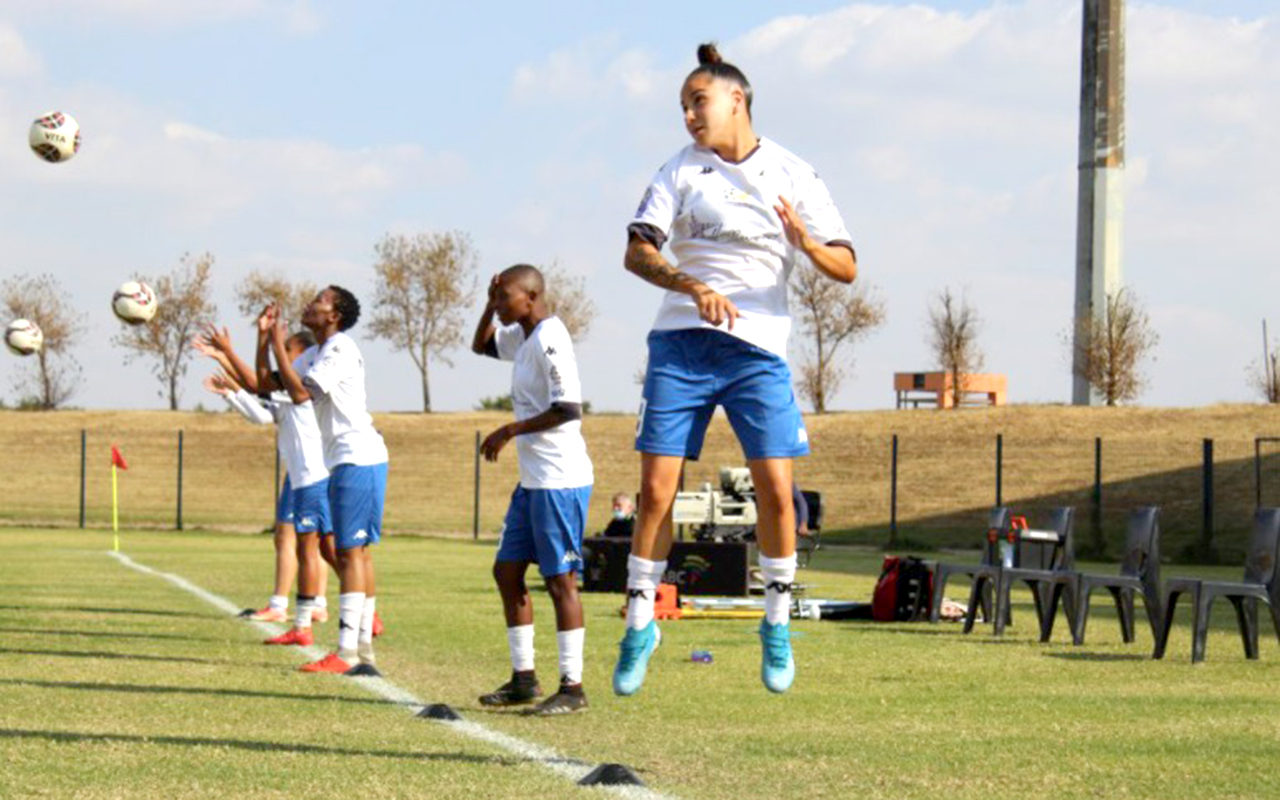 Sasol Banyana Banyana coach Desiree Ellis has selected her strongest squad to face Netherlands in a friendly match in Zwolle on 3 July 2021.

The encounter is part of South African Senior Women’s National Team preparations for the CAF AWCON qualifiers that will kick off later this year.

“We are very excited to be playing international football again as we haven’t been able to travel for more than a year due to COVID-19.” Sasol Banyana Banyana coach Desiree Ellis

Coach Ellis has selected a team which is a mixture of rising stars and experienced players.

Captain Janine Van Wyk and Ode Fulutudilu who recently won the league title in Scotland with Glasgow City, return to the squad, along with Portuguese championship winner, Jermaine Seoposenwe.

They will be joined by the duo from SD Eibar Thembi Kgatlana and Noko Matlou who were part of the team that won friendly matches against Botswana and Zambia recently.

“I am looking forward to seeing the progress made by our players who have been out in the United States and across Europe for the past year. We have called up senior players and these are the players who should guide the Banyana Banyana to the next FIFA Women’s World Cup in 2023,” said Ellis.

“We will be facing a very tough Dutch side third ranking in the world, who are currently preparing for the Tokyo Olympic Games while we continue preparations for our Africa Women’s Cup of Nations qualifiers which are scheduled for later this year.

‘’I believe this camp will be very exciting because I am spoilt for choice with quality players from overseas based clubs, the local Hollywoodbets Super League and the Sasol League. I will be working with the crème de la crème of South African Women’s Football, and I am extremely looking forward to this camp,’’ concluded Ellis.