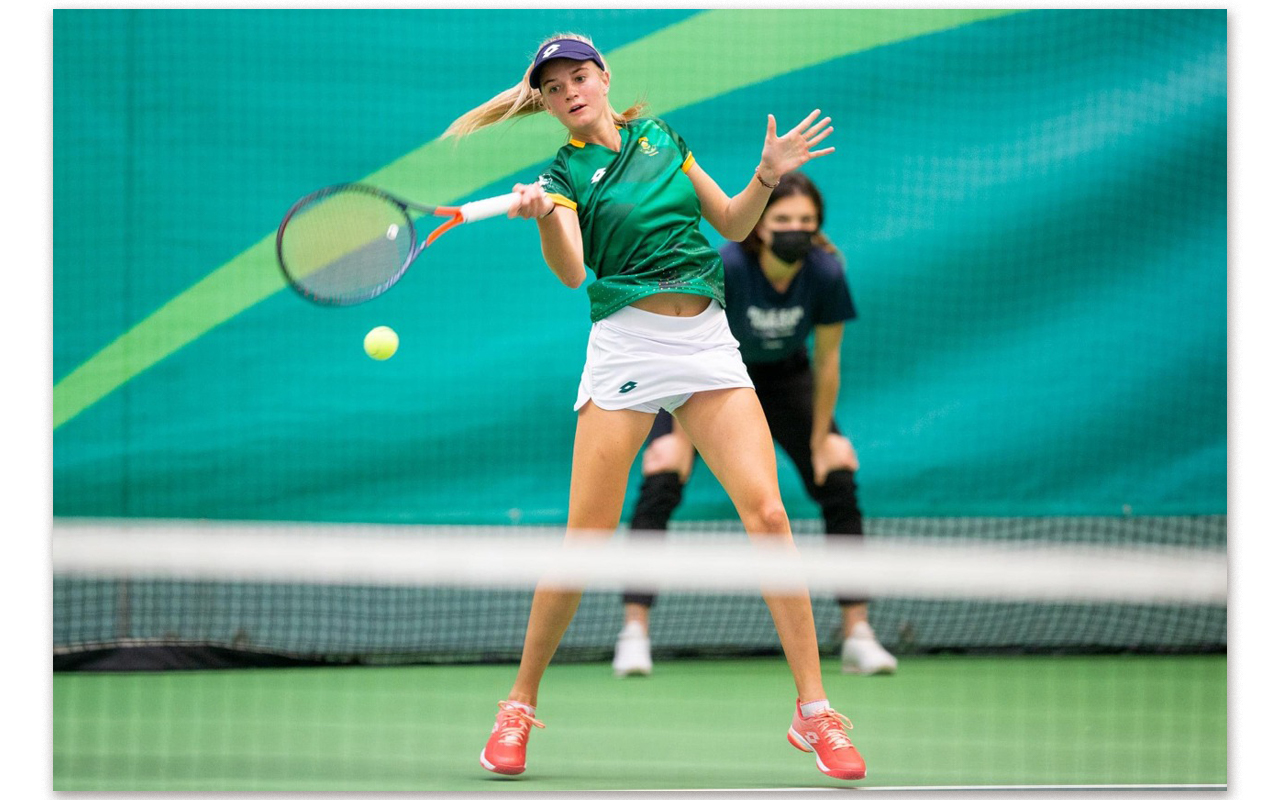 Team South Africa’s chances of promotion in the Billie Jean King Cup Europe / Africa Group III ended on Friday, 18 June 2021, in Vilnius, Lithuania after they went down to Malta 3-0.

South Africa were unbeaten and finished top of pool F after wins against Namibia (3-0), Azerbaijan (3-0) and Montenegro (3-0), but were defeated in their promotion play-off clash against Malta who were also unbeaten in the pool stages.

Delien Kleinhans played the opening rubber against Malta’s Francesca Curmi but was no match for Curmi who sealed a 6-1, 6-1 victory in 63 minutes. The South African teenager had not lost a match all week.

South African No. 1 Chanel Simmonds was next on court hoping to level the tie to keep the country’s hopes alive. After taking the opening set comfortably 6-0 against Helene Pellicano, things were looking good before the Maltese came back strong to win the second set 6-2 and then the third 6-4 in the longest match of the week.

In the doubles rubber, Kelly Arends and Lara van der Merwe teamed up to face the Maltese pairing of Francesca Curmi and Elaine Genovese. The South African teenagers put up a fight but went down 6-4, 1-6 to Curmi and Genovese.

“Tough day at the office today. All credit to Malta, they really raised their game when they needed it most. In the end they were just better than us today,” said Team South Africa Captain Roxanne Clarke.

“The team really felt like they let the country down, but I assured them that giving their best is all anyone expects from them. I am still so proud of this team.”

“We received so much support this week and we are all so grateful for all the messages of encouragement and for everyone who followed our results and watched the live stream today. Our tournament isn’t over yet, so our job isn’t done, and we fight another day.”