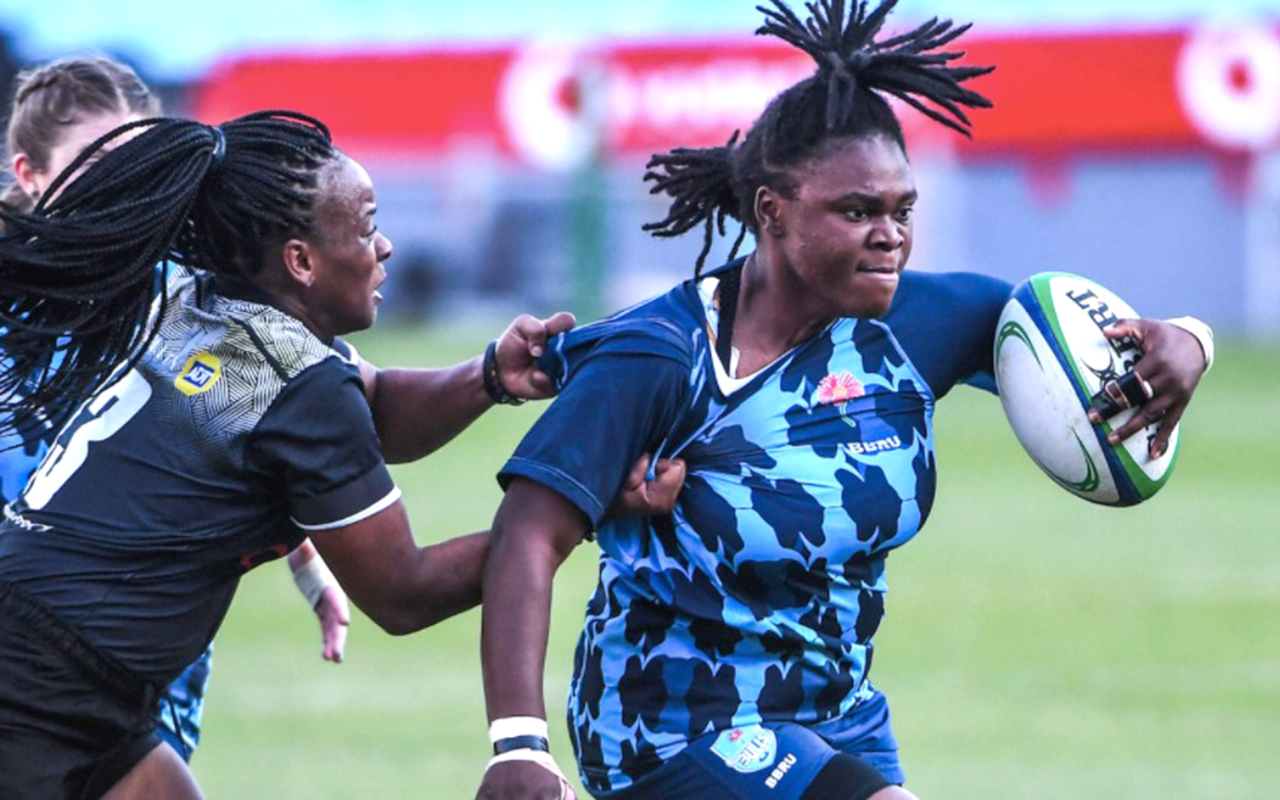 While the scramble for second place on the standings will be a big driving force for a few Women’s Premier Division teams this weekend as the competition enters round seven, the teams participating in Group 2 of the First Division will look to build momentum after kicking off their competition last week.

EP Queens and Cell C Sharks Women will kick off the Premier Division action on Saturday, 19 June 2021, in Port Elizabeth at 12h00, while Boland Dames take on log-leaders, Western Province, in the Western Cape derby in Wellington at 14h00, where the hosts will hope to create the upset of the season. Both matches will be streamed live on Springboks.rugby.

The main match-up of the round will play out at Loftus Versfeld where Blue Bulls Women will go full-out to defeat Border Ladies as they attempt to reduce the gap between the sides on the log with an eye on closing in on second place for a possible final berth. This match will be broadcast live on SuperSport Variety 4 at 13h00.

The two matches in the First Division will see Pumas begin their campaign against Valke in Standerton and Leopards go up against Limpopo Blue Bulls in Potchefstroom, with both encounters kicking off at 13h00.

EP Queens will be hunting their fourth victory in five outings against Cell C Sharks Women and their second win a row in the competition when the sides meet at the Wolfson Stadium on Saturday.

Both teams have struggled to find their rhythm this season with the Port Elizabeth outfit winning only two of their six games up to now and the KwaZulu-Natalians one. But with only four pool rounds remaining – including this match – both teams will be hoping to make their way off the lower end of the table with relegation looming for the last-placed side this season.

EP Queens have been superior on attack this season, scoring more than double the number of points as the visitors, but they have conceded more points, which is something they will want to improve on.

In Wellington, defending champions Western Province will enter their clash against Boland Dames as favourites after earning six wins on the trot this season and given their impressive form, which has seen them top the attack and defence statistics.

Dames, however, have a newfound confidence after registering back-to-back wins against Cell C Sharks Women and EP Queens, and they will enter the match feeling they have nothing to lose.

Blue Bulls Women, meanwhile, will enter their clash against Border Ladies knowing that a victory would be invaluable in opening up the door for them to possibly force their way into the top two in the next few weeks, as they trail Border by only seven log points.

The home side stumbled last week after back-to-back wins and will be keen to return to their winning ways as the business end of the competition approaches, but they will be wary of the fact that Border Ladies are under pressure to win to maintain their breathing space on the table over Boland and the Blue Bulls with an eye on earning a final berth.

Both teams have been good on attack this season, but Blue Bulls will look to tighten up their defence.

Pumas will kick off their 2021 campaign against a determined Valke outfit at Standerton High School on Saturday after having a bye in the opening round of Group 2 of the First Division last week.

With Valke making their return to the competition last week for the first time since 2016, Pumas will look to take advantage of the fact that the Brakpan team are still finding their feet, which should set the scene for a competitive encounter.

Leopards, in turn, will go in search of their fourth successive victory against Limpopo Blue Bulls and their second win in as many games when the teams cross paths at Olën Park.

The Potchefstroom side got their campaign off to an encouraging start last week with a 41-17 victory against Valke, and with their main rivals in the group – Golden Lions Women – having registered a comprehensive 66-0 win last week, they will be mindful of the fact that a favourable points difference will be vital if they attempt to pip them for a possible final berth this season.

Photo 1 Caption: While the scramble for second place on the standings will be a big driving force for a few Women’s Premier Division teams this weekend as the competition enters round seven, the teams participating in Group 2 of the First Division will look to build momentum after kicking off their competition last week. Photo: WomenBoks (Twitter)