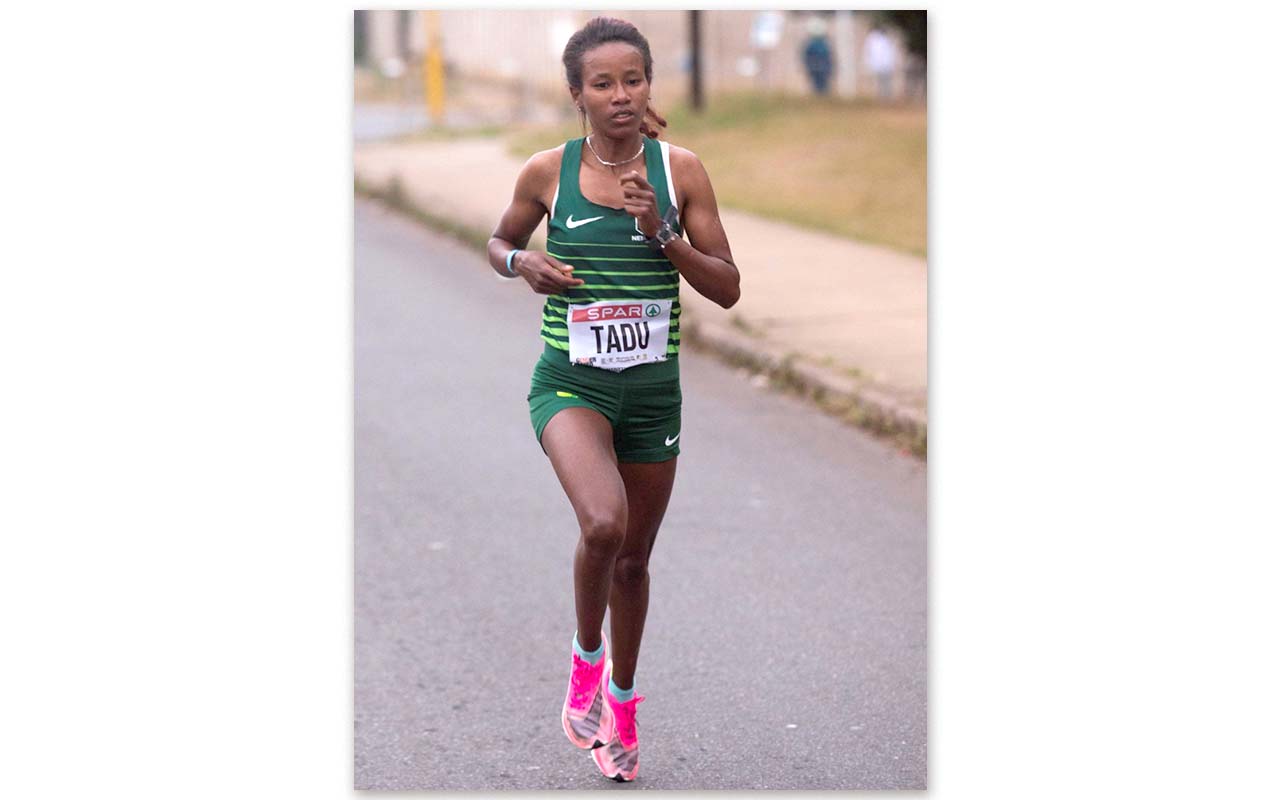 Tadu Nare’s emphatic victory in the opening SPAR Grand Prix 10km race in Pietermaritzburg has given the 20-year-old Ethiopian a key head-start in the race for overall 2021 SPAR Grand Prix honours.

The Nedbank runner’s win earned her 25 points, making it virtually impossible for the 2019 winner, Helalia Johannes of Namibia, to make up lost ground. Johannes and two other Nedbank runners, Irvette van Zyl and Gerda Steyn, missed the opening race of the six race series because they were still recovering from the women’s marathon at the Olympic Games in Tokyo.

Nare, who was runner-up in the 2019 SPAR Grand Prix, has committed to running all six races as she prepares for the Barcelona Marathon in November. She said after her win on Sunday that the 10km SPAR races are a crucial part of her training programme.

Next Five Races a Top Priority for Runners

But Nare, Xaba, Kavanagh and Molotsane will have to remain at the top of their game over the next five races. Grand Prix competitions are all about consistency and if any of the top four runners has a bad run or misses a race, the final standings could change by the end of the series. It promises to be a thrilling competition that could go down to the wire.

A key difference this is that no time-incentive bonus points are being awarded this year, making it difficult for runners who miss any of the races to catch up. In 2019, Johannes won with maximum points, winning all six races in record times.

This year, there could be even closer battles in the age category competitions, where only the first five runners earn SPAR Grand Prix points.

Former Comrades Marathon winner, Charné Bosman, leads the 40-49 category. Elmarie Pretorius (Run/Walk for Life) is in the lead in the 50-59 group while SPAR 10km stalwart Judy Bird is top runner in the category for runners between 60 and 69.

Following an appeal after the completion of the SPAR Grand Prix Pietermaritzburg, the junior category is under review.

Murray & Roberts took all three podium places in the 40-49 and 60-69 categories to take a commanding lead in the race for club honours with 135 points. Nedbank is in second position with 81, followed by Boxer with 63.

Photo 1 Caption: Tadu Nare (Nedbank) of Ethiopia leads the SPAR Grand Prix after winning the first race in Pietermaritzburg on Sunday 22 August, 2021. The second race is this Saturday the 4th of September 2021 in Cape Town. Photo: Rogan Ward.