The touring England U19 team beat the SA Emerging Women team by 41 runs in Potchefstroom on Thursday, to go 1-nil up in the two-match series

The Cricket SA Emerging Women ran out of good form in their final T20 against the visiting England U19 team in Potch on Monday, losing the final fixture by 68 runs to take the series 2-1 ahead of the 2-fixture One-Day series starting on Thursday 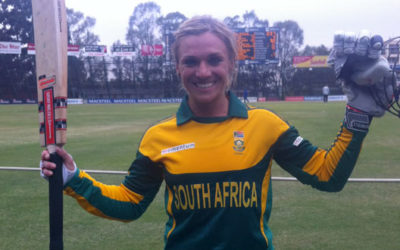 The Momentum SA Women cruised to an opening ODI series 6-wicket win in Benoni on Saturday, with new opening batter Lizelle Lee scooping Player of the Match with her match-winning innings of 77 on debut #GoGirls!

The Momentum SA Women cricketers take on visitors Bangladesh in their first ODI match in Benoni, starting at 10am at the Sahara Willowmore Park at 10am.

Batters hit their straps and bowlers cleaned up the wickets as the Momentum SA Proteas rose to a massive 110-run over Sri Lanka, in their final Super Sixes fixture of the tournament in India