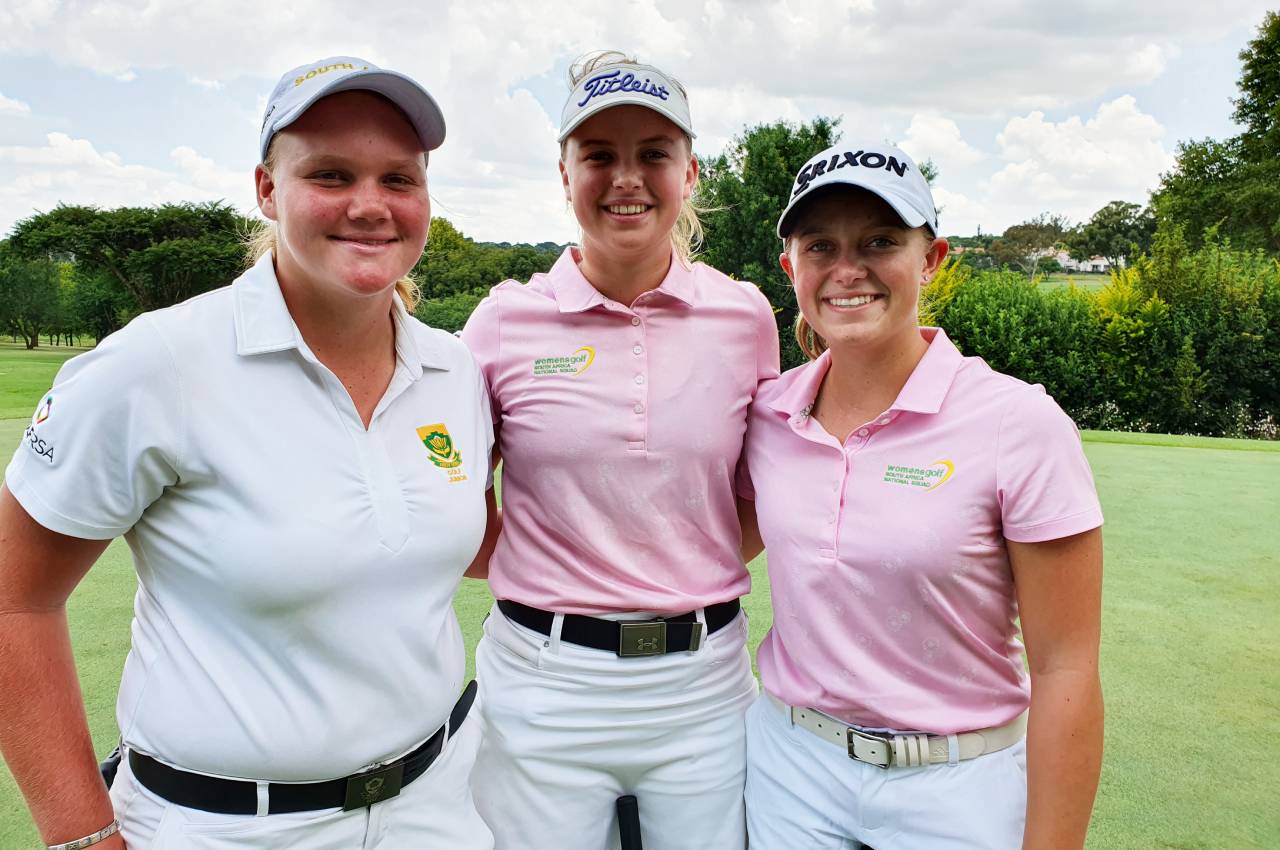 Boland junior Megan Streicher will make her national debut in the All-Africa Junior Golf Teams Championship when she partners Caitlyn Macnab and Kiera Floyd from Ekurhuleni in the Girls Competition against the rest of Africa in Egypt this March.

“We are extremely delighted to have the opportunity to give our leading three juniors this awesome opportunity to compete in this prestigious team event at the Jack-Nicklaus-designed Palm Hills Golf Course. We are confident that this trio will work hard to continue our proud record by winning the trophy for a fourth successive year,” said Womens Golf South Africa President Sally Greasley.

“This event marks our first international trip for 2020 and it serves as the African Qualifier for the Toyota Junior Golf World Cup in Japan, which annually draws top junior golfers from six continents.

“The All-Africa Junior Golf Teams Championship is a really important annual event for us. Over the last three years, our juniors have benefitted greatly from qualifying for Japan and testing themselves against the cream of global junior golf.”

Since Macnab led the South African challenge with a top 15 finish in the Espirito Santo Trophy at the World Amateur Team Championship in Ireland in 2018, the Serengeti golfer has become a dominant force on the local circuit.

“It will be great for Megan to have Caitlyn and Kiera to guide her in Egypt.” – Women’s Golf South Africa President, Sally Greasley.

“Caitlyn dominated the GolfRSA Open Amateur and Junior circuits last year and finished the season the number one spot on both rankings,” Greasley said.

“She not only racked up four titles on the Open Amateur circuit and took the individual honours in the SA Women’s Inter-Provincial and WGSA 72-Hole Team Championship, but also she lived up to her star billing when she won the prestigious Nomads SA Girls Championship.

“This earned her an invitation to compete in the prestigious Duke of York Young Champions Trophy in Scotland. Furthermore, Caitlyn led the GolfRSA Proteas to a runner-up finish in the Astor Trophy in Canada, which marked our best result yet in the quadrennial showpiece between Australia, New Zealand, Great Britain, Canada and South Africa.”

Floyd reeled in 10 top five finishes last year, and kicked off her 2020 season with her successful title defence in the Gauteng North Junior Girls Championship.

“Kiera performed really well in her debut at the R&A Girls Amateur Championship in Scotland and reached the match play stage,” said Greasley.

“She also held her own in last year’s Jabra Ladies Classic on the Sunshine Ladies Tour, where she finished third overall and she won a second time on the predominantly male Bridge Fund Managers Junior Series.

“It will be great for Megan to have Caitlyn and Kiera to guide her in Egypt, but she has shown that she has the capacity, determination and talent to perform well under pressure over the last 12 months.”

“She tied for an impressive third in the Girls Class A Division for 15-18 year olds in her first international appearance at the ATI Ciputra Golfpreneur Junior World 2019 in Indonesia. On home soil, she reached the semi-final round of the SA Women’s Amateur Championship, captured her first Open Amateur title in the Boland Ladies Golf Open and made history as the first female to win the Individual Competition at the SA High Schools Championship.

“Earlier this year, Megan had the opportunity to travel to Florida with Caitlyn where they campaigned in the Annika Invitational USA. They had the opportunity to learn from the best – Hall of Famer and tournament host Annika Sorenstam – and test themselves against the top juniors in the world. The experience was undoubtedly one that will serve both girls well in Egypt.”

“Competing on two of the best courses in the country for our flagship title will undoubtedly help the girls to hone their games and build confidence for Egypt,” Greasley said.

“We are extremely excited at the depth and experience of our team, who are three of our most exciting young prospects in the GolfRSA Elite Squad. They have validated their selection with consistently strong performances and excellent results in the past 12 months and we are confident in their ability to compete at the highest level in Egypt.”