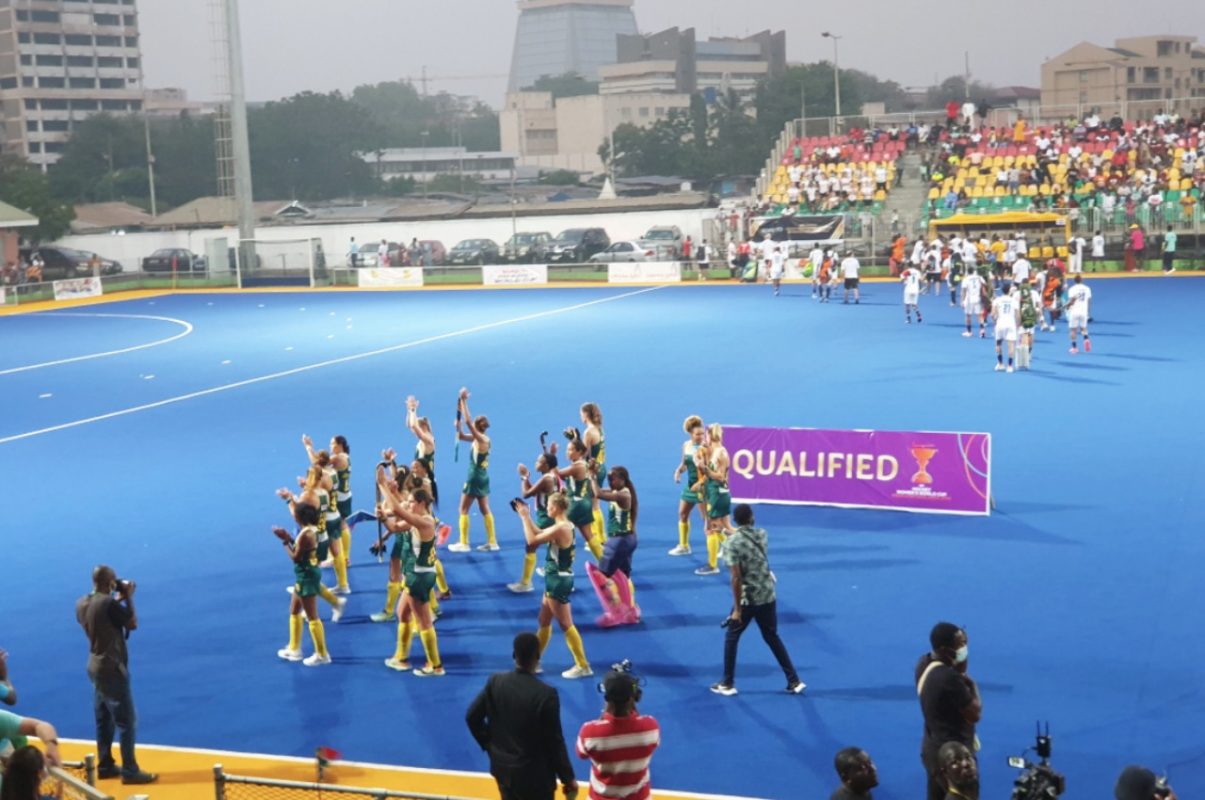 The two teams faced each other for the fifth consecutive time in the final round, however the outcome remained in favour of the Green and Gold.

It was Ghana that broke the deadlock in the 6th minute through Elizabeth Opoku before Charne Maddocks equalized for South Africa in the 15th minute.

In the 23rd minute, it was Kristen Paton’s turn to put her name on the scoresheet with a spectacular conversion of a penalty corner leaving Ghana’s defence in complete tatters.

Despite both teams pushing themselves harder to score more goals in the third quarter, they could not find the back of the net.

The third-place match between Zimbabwe and Kenya ended 0-0 after regular time and a winner had to be decided via penalties.

Kenya claimed the bronze medal after they won 3-1.