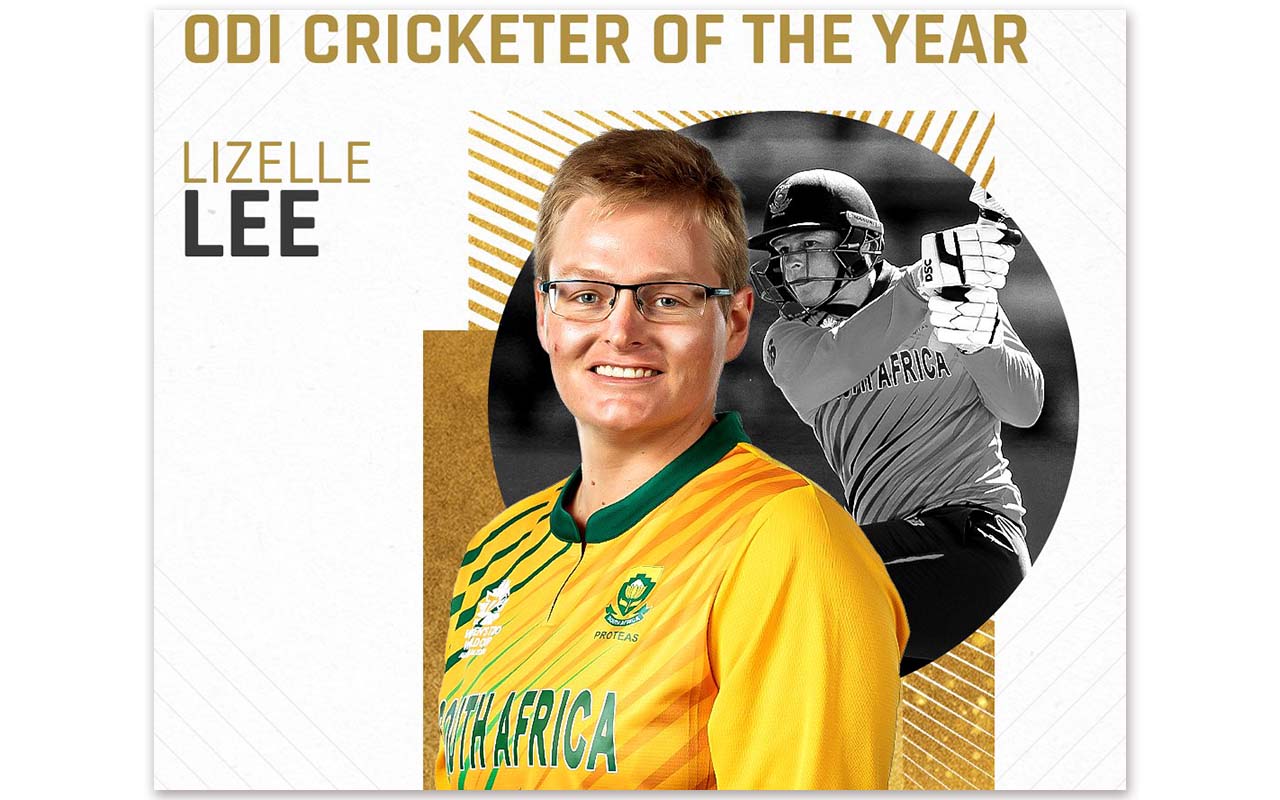 Lizelle Lee was in a league of her own in ODIs this year, finishing as the highest run-scorer in 2021 in the format.

Lee’s year got off to a less-than-ideal start, getting out for a duck in the first ODI against Pakistan, but she came back strongly with two scores of 40+ and played a vital role in South Africa’s sweep.

She was unstoppable on the tour of India thereafter, racking up big runs in the Proteas’ 4-1 series win. With 288 runs, including a hundred and two fifties, she ended the series as the highest run-scorer and was awarded the Player of the Series.

🥇 Top-ranked Women's ODI batter in the ICC Rankings, Lizelle Lee is the 2021 ICC Women's ODI Cricketer of the Year 🙌

She carried her form over to the series against West Indies as well and was once again the top run-getter in the series.

Lee scored the highest individual ODI score of her career in the third match of the series against India.

In South Africa’s chase of 249, Lee mixed caution with aggression and kept building partnerships, first with Laura Wolvaardt and then with Lara Goodall. She kept scoring boundaries regularly and soon brought up her fifty.

She then strung a 97-run partnership with Mignon du Preez, during the course of which she brought up her third ODI century. It looked like they would take South Africa home, but India came back into the game by picking up two wickets.

With rain around the corner, Lee hit three fours and a six in three overs to put South Africa ahead of the DLS par score. South Africa eventually ended up winning the match by 6 runs on the DLS method, thanks to her stunning 132* off 131.

Photo 1 caption: The ICC honours Lizelle Lee as its Women’s ODI Cricketer of the Year, saying that the #MomentumProteas opening batter was in a league of her own this year, finishing as the highest run-scorer in 2021. Image: The ICC (Twitter)

Copy by the ICC with editing by gsport