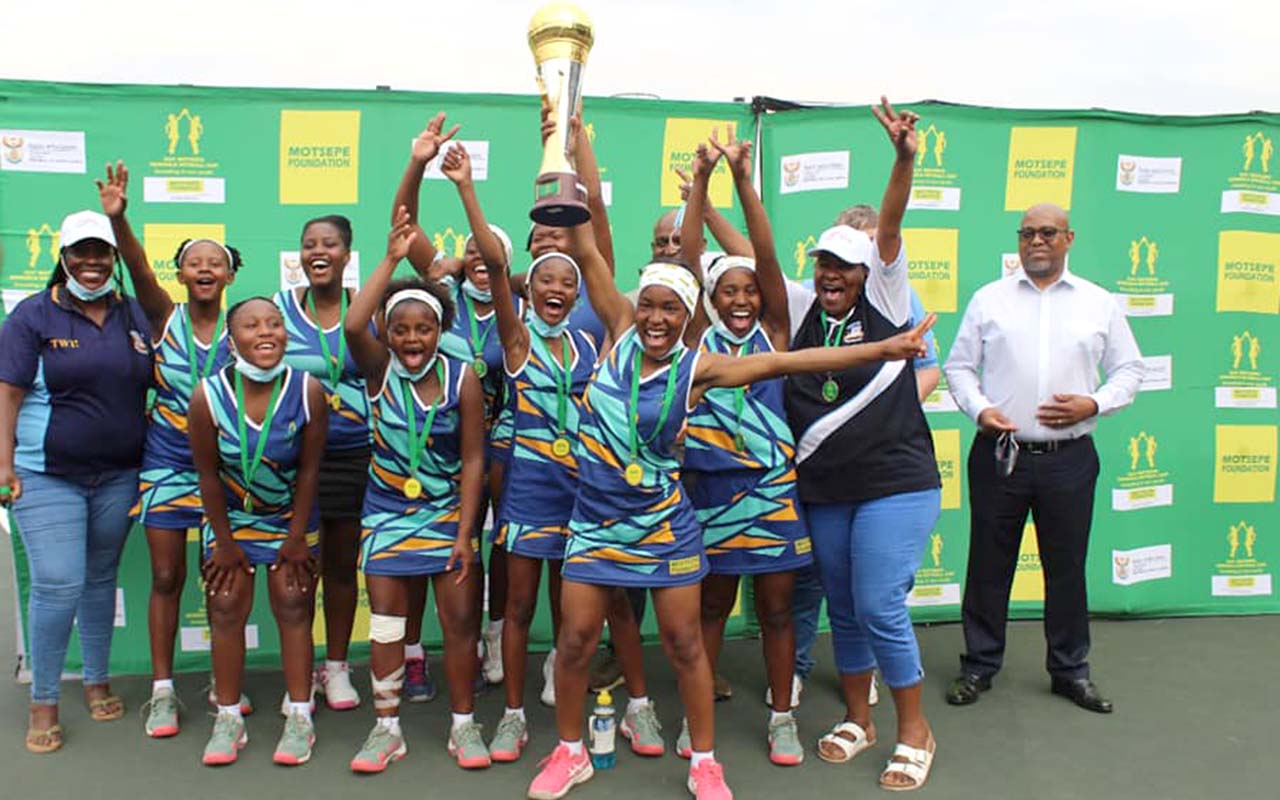 With 48 games played in twelve rounds, the Motsepe Foundation sponsored competition provided a platform for young girls to showcase their talents.

Coach of the winning team, Jane Moetlhwa said, “’I feel very proud and ecstatic of the win we had in the tournament of Motsepe’s Foundation.

“To be in first position is a privilege and honour. We made our school proud – now our school is on the map. I hope we would get sponsors to push the spirit up…and to motivate them.” – Thatulwazi Coach, Jane Moetlhwa

With the courageous spirit that the team had, Moetlhwa believes they deserved to win even after the first fifteen minutes of being nervous in the finals against a team from Eastern Cape.

“I’m ecstatic that we won such an amount of money (R225000 to be exact) I couldn’t believe it, I’m over the moon. We worked very hard for this; we deserve it.”

The prize money will be paid to the schools after they hand in a business plan to the Motsepe Foundation.