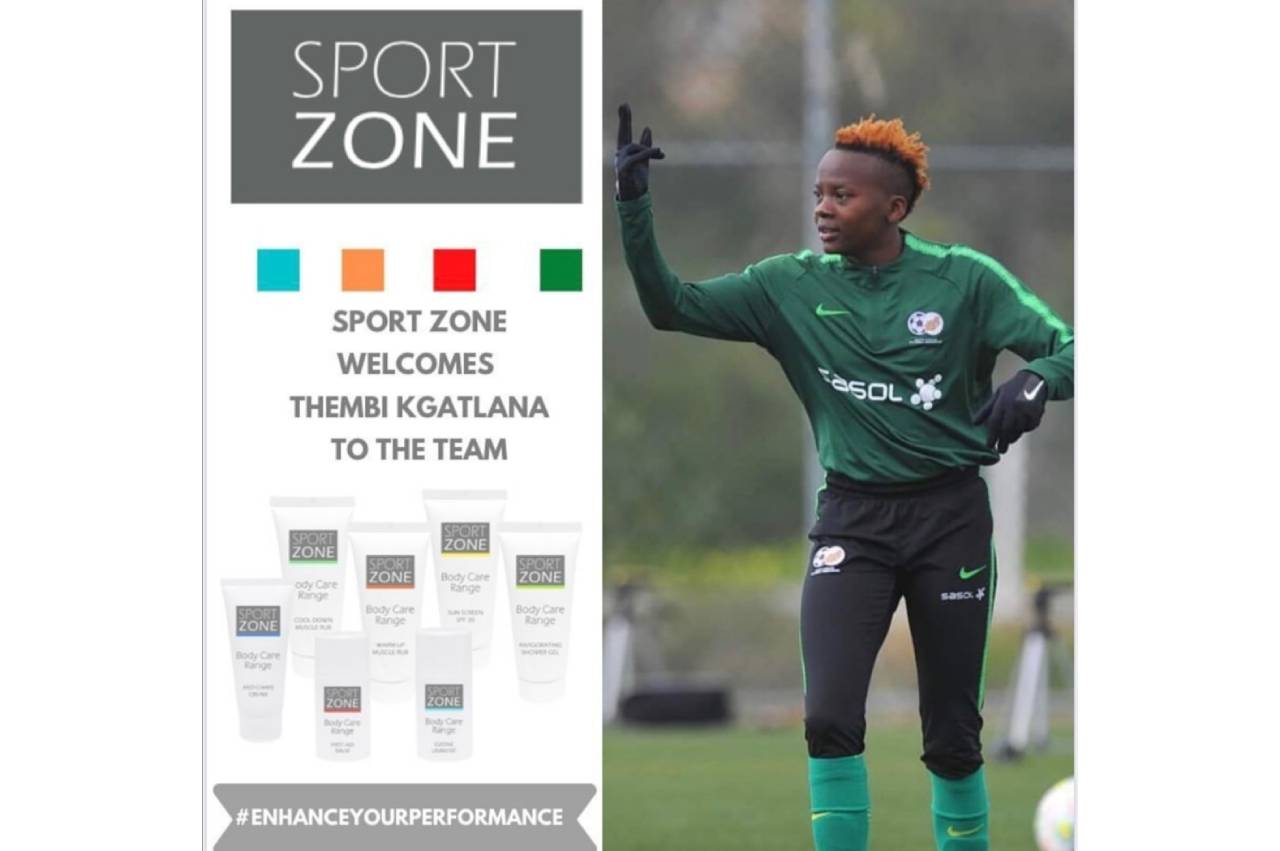 South African international footballer, Thembi Kgatlana, has kickedd off June on a high as she announces her new partnership with Sport Zone South Africa.

“Today marks a start of a great partnership! Proud to announce that I will be joining SPORT ZONE SOUTH AFRICA TEAM.

“I couldn’t have asked for a better brand to back me up as an athlete. I am excited to start this journey with @sportzonesouthafrica to help me enhance my sporting performance.

“Sport Zone is a South African body care range which is focused predominantly on enhancing performance and recovery for athletes,” she concluded.

Sport Zone South Africa welcomed Kgatlana to their team, saying that they are backing both her and The Thembi Kgatlana Foundation.

“We are proud to announce @kgatlanathe1st as part of the Sport Zone Team.

“We are excited to start the journey with Thembi and to enhance her sporting performance.

“Kgatlana is a South African footballer; she plays as a forward for Benfica in the Campeonato Nacional Feminino and is a member of the South African national team.

“We @sportzonesouthafrica back Thembi and her foundation @kgatlana_foundation all the way and we are ready to be part of many more of her achievements.”

The star player is currently in Portugal where she is contracted to SL Benfica after penning a major deal in January 2020, gearing up to return to action.