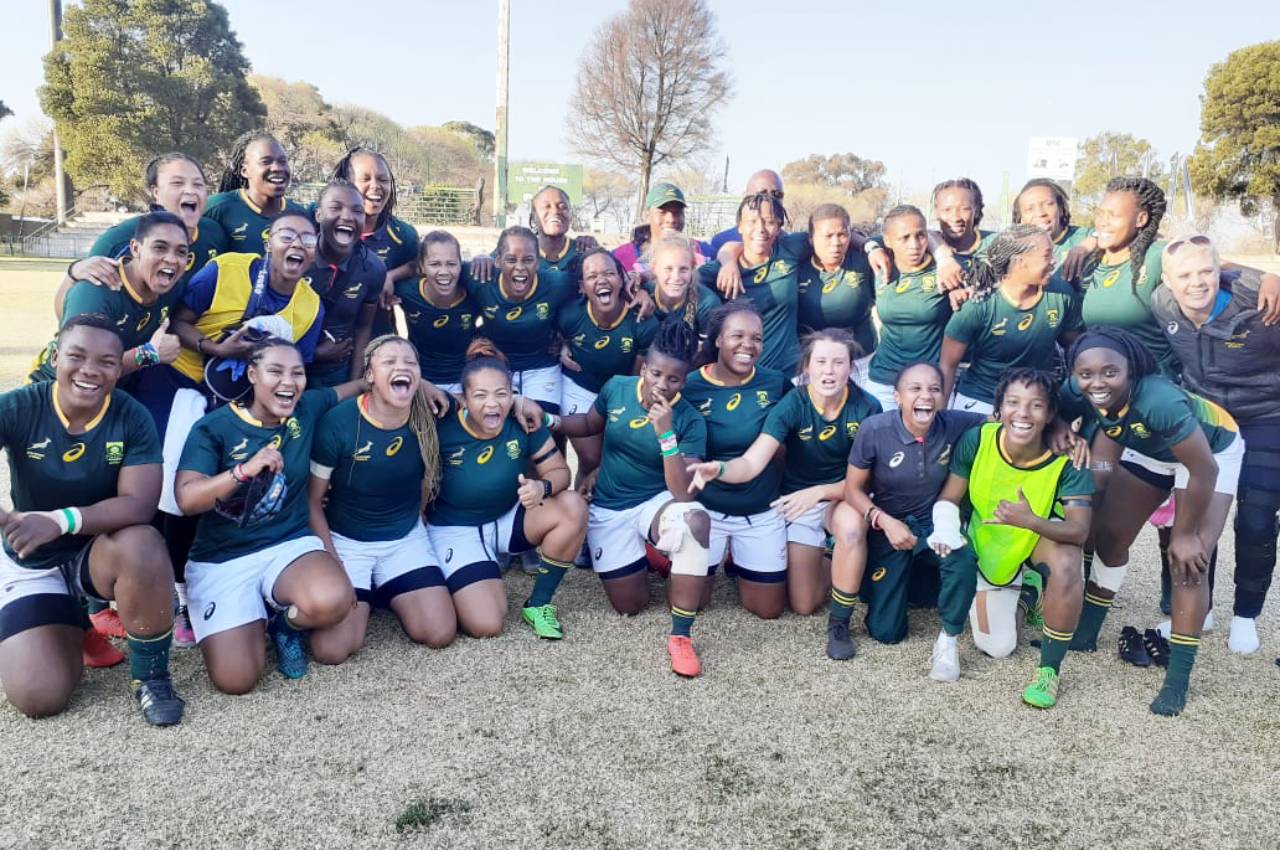 Springbok’s coach Stanley Raubenheimer was delighted on Saturday as his charges booked their place in the 2021 Women’s Rugby World Cup in New Zealand with a 39-0 victory against Kenya in the deciding match of the qualifiers at the Bosman Stadium in Brakpan.

The win marked a clean sweep for the Springbok Women in the competition and wrapped up a full house of points from their three matches following 89-5 and 73-0 victories against Uganda and Madagascar, respectively earlier in the tournament.

The Springbok Women ran Kenya ragged early on, which saw them earn their fourth try early in the second quarter and take a 24-0 lead at the break, and they built on this is in a competitive second stanza in which they added three more tries to their tally for the 39-0 win.

“I am very pleased for the players, they worked very hard to achieve this. They put in a great effort and they deserve this achievement,” a delighted Raubenheimer said after the match.

“We didn’t participate in the 2017 World Cup, so we need to ensure that we reach the current world standards.” – Springboks head coach, Stanley Raubenheimer

He was pleased with the quality of his team’s performance throughout the qualifiers, but he said there was room for improvement as they prepare to face Spain once and Scotland twice in Port Elizabeth and Cape Town, respectively in September and October.

“We scored a number of tries in our three matches in this tournament, so we are on the right track in that regard,” said Raubenheimer.

“But I think we can improve on our accuracy on attack, and I also think we need to work on our defence and kicking game. The good thing is that we will be able to work on those areas in the next few matches.”

Raubenheimer drew comfort from the fact that he had close to two years to prepare his team for the international showpiece down-under and said: “It will certainly help to qualify so well in advance. We didn’t participate in the 2017 World Cup, so we need to ensure that we reach the current world standards.

“The matches will also offer us an opportunity to experiment against quality teams, who are among the top 10 sides in Europe, and we can also try a few new things against them,” he ended.

Photo 1 Caption: The Springboks squad after their 39-0 victory against Kenya at the Bosman Stadium, which has resulted in their qualification for the 2021 Rugby Women’s World Cup in New Zealand. Photo: gsport