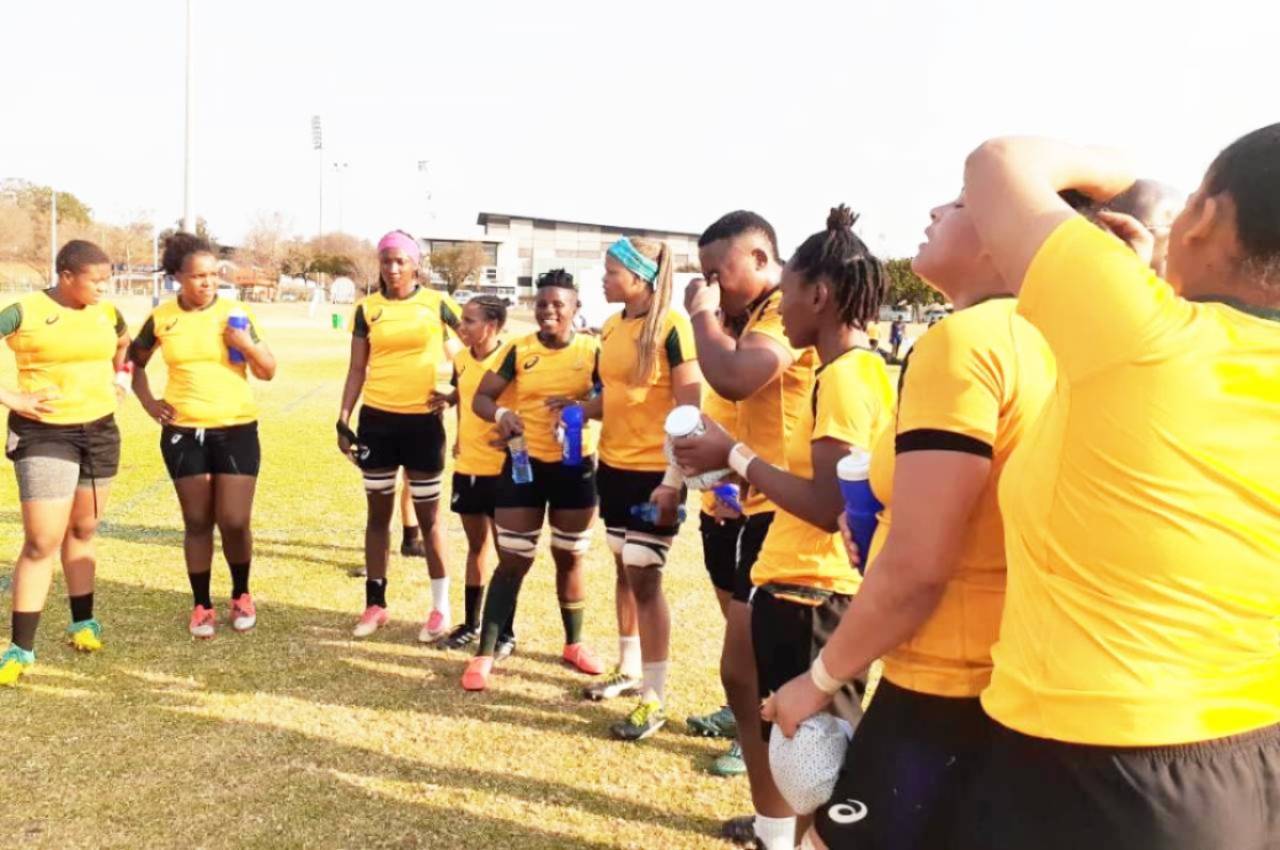 “This Match is Important to Us” – Boks’ Latsha

Babalwa Latsha said the Springboks are determined to close off their international season on a strong note on Saturday, 5 October 2019, when they meet Scotland for the second time this week at City Park Stadium in Cape Town.

The Test will mark the Springboks sixth of the season, and with three wins – against Uganda, Madagascar and Kenya – and two defeats – against Spain and Scotland – Latsha, the team’s captain, said they are looking forward to running out in the series decider against Scotland.

“There is a buzz in the team, and we are excited to face Scotland again,” said Latsha.

“It has been a learning and growing process for the team since we got together earlier this year, and I think we are on the right track. This is our last game of the year and we would really like to finish strongly, so this match is important to us.”

With most of the players in camp in Stellenbosch having made their Test debuts and the team aware of what to expect from the visitors, who defeated them 47-5 on Monday, Latsha said they were ready to line up against Scotland again.

“We zoomed in on our errors and worked hard on trying to rectify them.” – Springboks captain, Babalwa Latsha

“We played against Scotland earlier in the week, so there won’t be an element of surprise on Saturday,” said the skipper.

“But over and above that we will be better prepared for the match after another week of being together. In terms of the bigger picture, however, we would like to deliver a quality performance that we can build from next season.”

After leaking eight tries in their last outing, Latsha said defence has been one of their focus areas at training this week: “Our key improvement point has been our defence. We spent a lot of time on that area this week.

“We zoomed in on our errors and worked hard on trying to rectify them, and hopefully we have polished that area of our game sufficiently.

“Up-front we were quite strong in our last match, and we would also like to build on that, so we have worked hard across the board with an eye on delivering a good performance this weekend,” said Latsha.

Springboks coach Stanley Raubenheimer will announce his match-day squad for the clash on Friday. Saturday’s encounter kicks off at 15h00 and the action will be streamed live on www.springboks.rugby.

Photo 1 Caption: The Springboks team previously pictured in training for their preparation for the 2021 World Cup Qualifiers. Photo: gsport