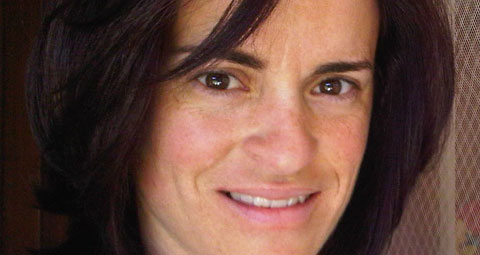 The saying ‘dynamite comes in small packages’ has perhaps never been more aptly applied than in the case of 2000FM cricket commentator Natalie Germanos. The 31-year-old Johannesburg born sports fanatic joined the then Radio2000 in 2005 at the tender age of 24-years-old. Since then Germanos has become the voice of cricket on South African radio and has also branched out into commentating other sports such as tennis.

“I started commentating in 2005 – on my birthday as fate would have it – and my first game was the first semi-final of the Women’s World Cup in Potchefstroom. I was interviewed about a month before the match by one of SABC Sport’s executive producers at the time. I had previously contacted him enquiring about the possibility of doing some commentary and as luck would have it they were looking for a female to join the cricket commentary team on Radio2000 (now 2000FM). I was given a trial period which fortunately has led to almost eight years behind the mic.”

Germanos’ love affair with cricket and everything sporty began when she was still a child when her parents enrolled her and her sister for swimming lessons. “I just loved water and being in the water. That was the beginning of about 8 years spent in the pool,” she says.

She started playing cricket when she was 11-years-old. Her bothers were also cricket enthusiasts, which resulted in many backyard contests.

Natalie went on to play club cricket and still describes the highlight of her cricket career as a coaching stint she did in Argentina in 2001. “Being able to help the ladies team was the highlight of my career.”

The dynamic Natalie is also an excellent volleyball player. “I enjoy most sports that I have tried and for different reasons. However, if I had to pick one it would have to be volleyball. I have played indoor volleyball since 2006, although I haven’t been able to play in the last year, it is certainly my favourite sport to play. In 2007, I was a part of the team, Vortex Volleyball that won the VSA Cup.”

Variety is the spice of life and Germanos believes it’s an essential ingredient to a long and lasting sports broadcasting career, which is why she wants to be as versatile as she possibly can.

“Recently, I have been lucky enough to break into sports other than cricket. But I would like to establish myself as a versatile sports broadcaster who can do a good job in many different sports,” she says.

“I would also like to travel more. Being able to cover the Olympics from the host city would be pretty special, and is definitely one of my goals.”

Although she wants to branch out into other sports, cricket commentating remains her first love even though she does admit that her family and friends were a bit puzzled when she told them about her dreams.

“They couldn’t see how I would break into the industry in the first place and also how I could make a career out of it. A lot of comments started with: Oh cool, sounds like a fun idea. But what are you going to do for a real job?”

But her toughest challenges came when she started out and there were many times when she considered quitting she says.

“It is a very tough business and it is so easy to give up and also have thoughts of giving up. But as soon as you get behind the mic you remember why you love the job and also that all the hard times are well worth it.”

“The biggest challenge comes in gaining respect. Respect always needs to be earned no matter the situation but being a female in a male dominated world it is that much harder. It takes time and a lot of hard work but it is worth it in the end,” she says.

“Another challenge involves learning to use your voice effectively. Women of course have a naturally higher pitch so when women attempt to increase the volume of their voices it can be difficult on the ear. It is much easier for men to do this but it is possible for a woman to learn how to use their voice properly.”

Although it is tough in breakthrough and gain respect it is worth it the end Germanos states. “The best part is being able to eat, breathe and live one of my passions: sport. I love being able to interact with other commentators and with the listeners who tune in because they also have a great passion for sport.”

Having a great support system also helps when you have those moments when you feel like giving up she says. “My parents have played a big role in my life in always supporting me and pushing me to continually strive for more.”

Having mentors to guide you in the right direction is also essential Germanos explains. “My mentor, veteran sports broadcaster Glenn Mitchell, has played a huge role in my career. He has helped me and coached me in a way that has made me see what a broadcaster is supposed to do and be.”

“The best advice I have ever received was from him. He told me that the seat behind the mic is a position of privilege. He added that it is not a right to be there no matter how long you have been in the industry. It is a job many people would love to have and I should always keep that in mind and never let any of it go to my head.”

“Getting a mentor is also important. In this business you need someone that you can trust and someone that will help you through the tough times and also give you constructive criticism.”

That is advice that she has heeded and it’s the type of advice that she gives to the many young women who want to get into sports broadcasting. “The best advice would definitely be, to be persistent and do your research. You need to become like a sponge and soak everything in that you can.”

“I have learnt how to think on my feet and that you can never prepare enough. Hard work really does pay off. It is not about what you are reaping today, it is about the seeds that you are planting now. I have also learnt the value in listening to others. There is so much we can all learn from each other, everyone has something good to offer.”

Even though there is still a long way to before we see more women in sports broadcasting Germanos believes it is changing.

“I definitely believe we will see more females calling cricket in the future. There are females involved in sports broadcasting across many male dominated sports and I believe that women are becoming more accepted in the field.”

“And fortunately it is not only in South Africa. In England, the BBC regularly utilises the services of Allison Mitchell who has developed into a fantastic broadcaster. She specialises in cricket but also calls other sports and I feel the world needs more women like her.”

Her love for interacting with many different kinds of people and helping is one of the reasons she loves coaching so much. “I have been coaching for 10 years. I have coached cricket, netball, tennis, swimming, athletics and volleyball.”

“I love coaching as it is a job that impacts on a child’s life, whether it be in a big way or a small way. Being able to be involved in anybody’s life like that is a real privilege. I have been lucky enough to coach many different sports and also coach children of different ages.”

“Unfortunately I haven’t had a lot of time in the last year to be able to coach regularly but I would like to get involved again.”

Interaction with her audience is why she loves the direction that cricket broadcasting has taken in the past few years. “There has been a bigger push to use technology and social networks which is really great because it gives you the opportunity to interact with the listeners a lot more.”

“There is also a lot more cricket and of course the T20 game has exploded. That brings with it new challenges for a commentator as it is fast and is more about the entertainment.”

One area of cricket that has been disappointing for her is the slow rate of growth of women’s cricket in South Africa.

“In South Africa the standard is lower than the talent level that we produce. Unfortunately with the lack of money and opportunities to train and play together it will always be tough for South Africa to raise the levels of women’s cricket.”

“But there is currently a major desire to push the women’s game to new heights. They have a good coaching team and the ladies are working hard to get fit and match up to international standards,” she says.

But the growing level of professionalism in the ladies’ game internationally has encouraged her.

“Internationally women’s cricket is excellent and very professional. The West Indies team have improved incredibly and now compete with the top teams in the world, while a few years ago they were walkovers.”

“Unfortunately there are just not enough teams on the same level. There are five teams that dominate and the rest are lagging behind.”

Outside of cricket Germanos counts another Natalie as one of her favourite sports people. “Natalie du Toit is definitely at the top. She is an inspiration and not just because of what she has achieved in the pool. She as overcome adversity with a grace that can only be done by someone who is as humble as she is. And she just happens to have a great name!”

As busy as she is, animal lover Germanos, makes the time to visit her favourite National Park. “I am very passionate about nature and wildlife conservation. The Kruger National Park is my favourite place to holiday and I try get there twice a year. I also love photography, mostly wildlife photography.”

With that kind of determination and heart, we can bet that we will be hearing even bigger things about Natalie Germanos in the coming years! 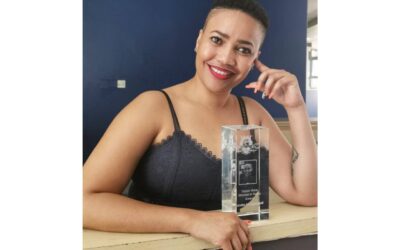