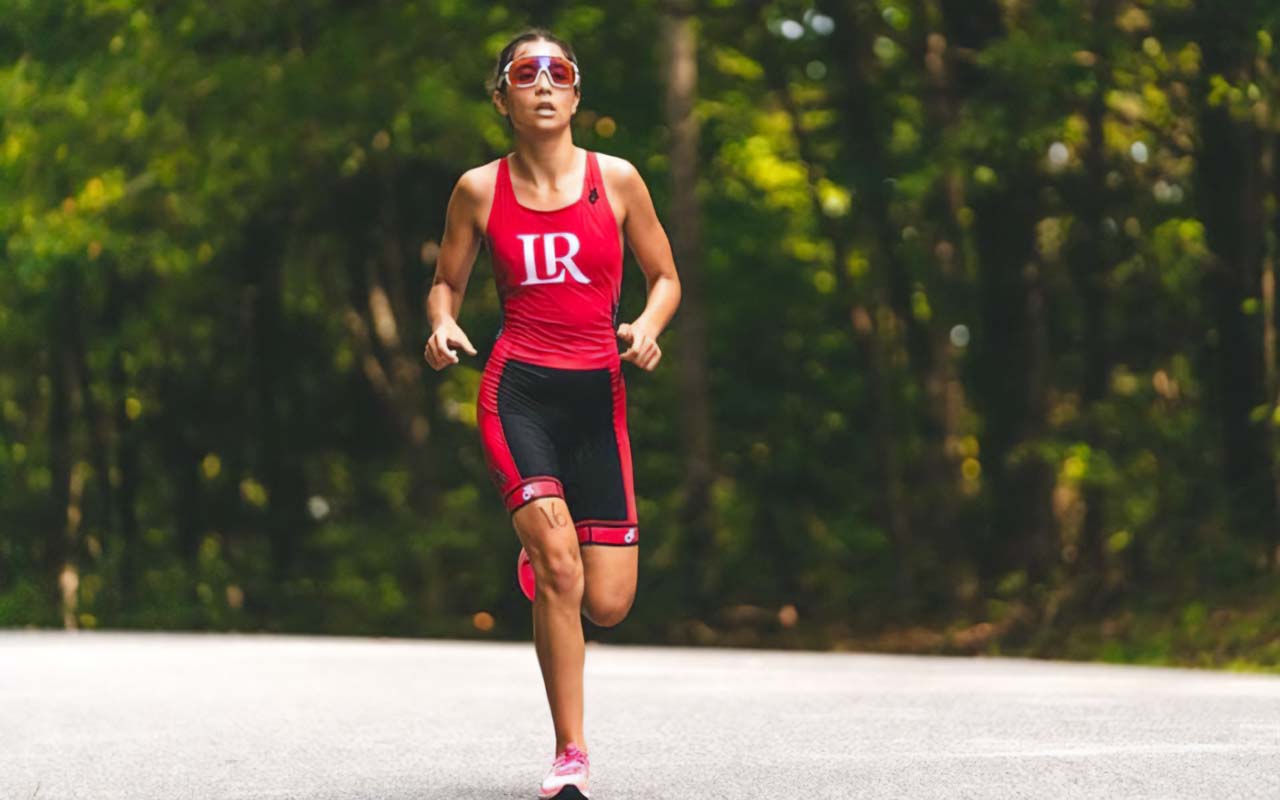 As the list of the All-American Honors trickles out, South African triathlete Kayla Ribbink has been named on the prestigious Division II team list.

Ribbink started the season placing third in Division II with the second-best run split of the day in Wisconsin helping Lenoir-Rhyne University finish first in the competition.

She also played an instrumental role in helping the Bears qualify for the Nationals, where she placed 10th overall out of 67 triathletes – a performance that ensured the Bears finished third in their first-ever NCAA Championship appearance.

To cap off an amazing season, Ribbink not only earned the second team All-American honours but also received an all-region freshman award.

Speaking with Tatenda Gondo, Ribbink chats about living in America and studying psychology.

Kayla, thank you for chatting to us. How does it feel to have earned the Division II All-American honours?

Everything is still very new to me in America so when I received this award I originally didn’t know what it was. My teammates and coach congratulated me for it and I was also recognised at the nationals banquet in Arizona for receiving the the second team all American Honours.

“Once my coach explained to me why I received this award, I felt overjoyed.” South African triathlete Kayla Ribbink after being awarded 2021 All-American Honors

This year has had many highs and lows for me, especially a month before I left for America. I competed in Egypt at the beginning of this year just before I was supposed to leave for college in America. I had a massive crash on my bike in that race and ended up going to hospital. I had first degree burns all over my back, whiplash and a concussion.

It took me over a month to recover and slowly started training again after that shock on the body. So it made me extremely happy to see all my hard work and determination paying off.

I really came into my first year of college expecting nothing from myself but just to do my best in everything yet I gained so much more during the year. I have ended off the season at my fittest and kept a strong mindset throughout. Being a student athlete is not easy and takes a lot of extra work but to receive an achievement such as this makes it all worth it.

In the 1st year of women’s triathlon at Lenoir-Rhyne you finished third in the NCAA Championship, what would you attribute this success to?

I would attribute this success to my sister who helped me in my recovery process after my accident. Kira played a pivotal role in helping me to get ready for racing in America. And then my parents for sending me to this college – I always dreamt of enrolling at this institution.

Lastly, I owe a lot to Bryant Howard, my triathlon coach at Lenoir-Rhyne University. I thought it would be difficult to trust in a new coach’s training program and goals, however it was the very opposite. I trusted in his process, listened to all his feedback and followed his training plan 100% of the time.

His training strategy worked for me we had conversations regularly and I would share my goals with him in exchange he would help me improve where I had shortcomings. He is a great coach and I believe that I owe my success during my first collegiate triathlon season to him. I also feel as though my entire triathlon team played a huge role in this too as they are an amazing group of girls who always lift me and each other up.

I love being in the same team as Andie Kuipers. When I lived in South Africa we saw each other either once or twice a year for Africa Cup races so we knew each other but not super well. It was nice having a friendly face when I arrived at Lenoir-Rhyne University. She is one of my closest friends now and we always works well in training together no matter what.

It’s great to have someone from the same continent as me because we can always laugh and cry together when keeping up with the current and the societal norms or slang used in our countries as they are somewhat similar. Andie is a sophomore at LRU and I am a freshman so to have her help me with getting to know how things work and navigating me through my first college year was a great help. We have a very good dynamic together and I love racing with her.