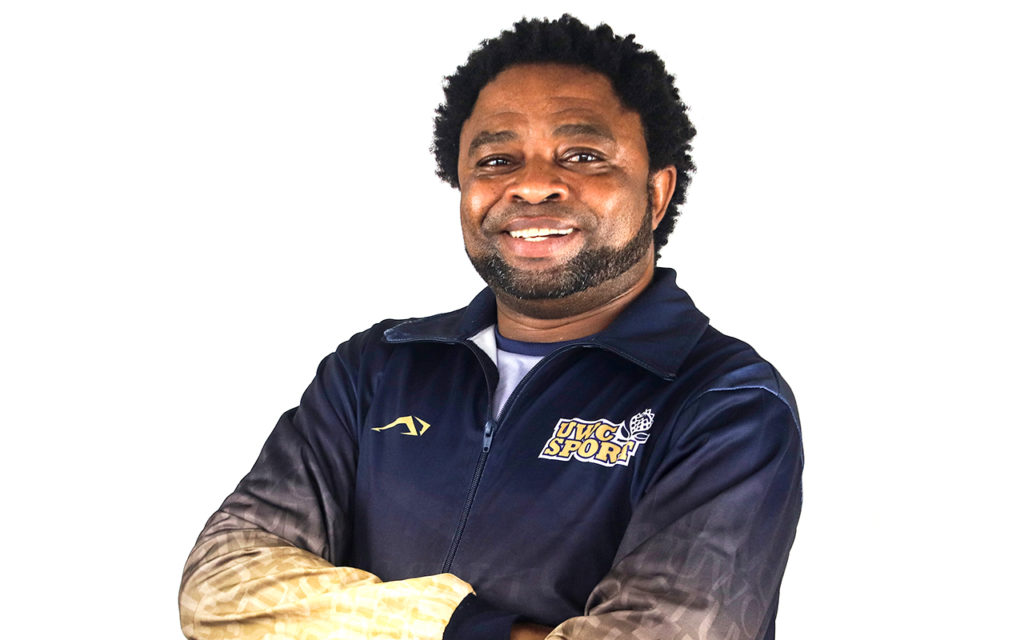 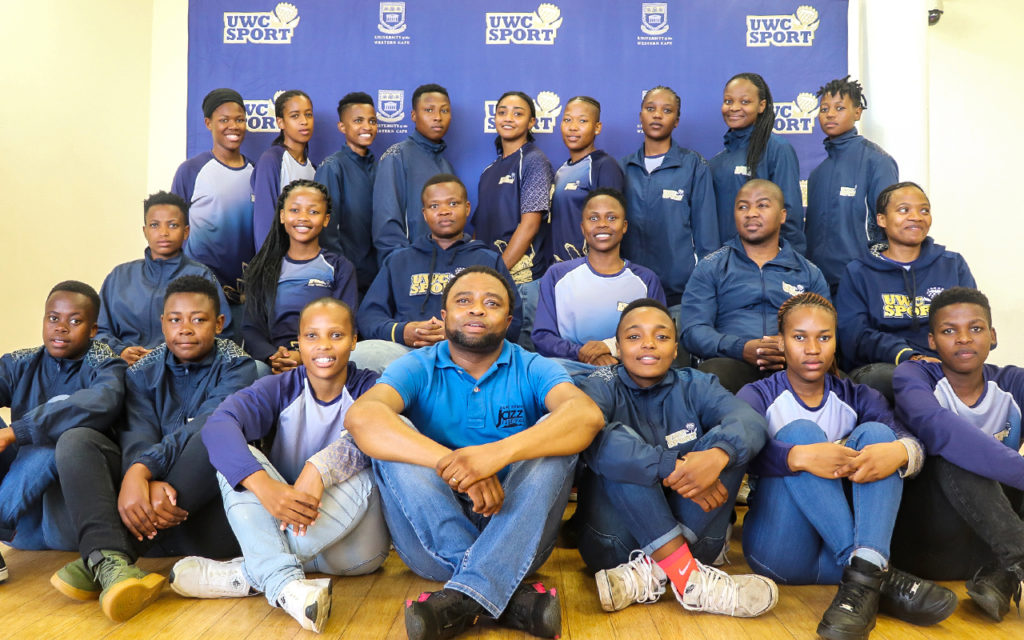 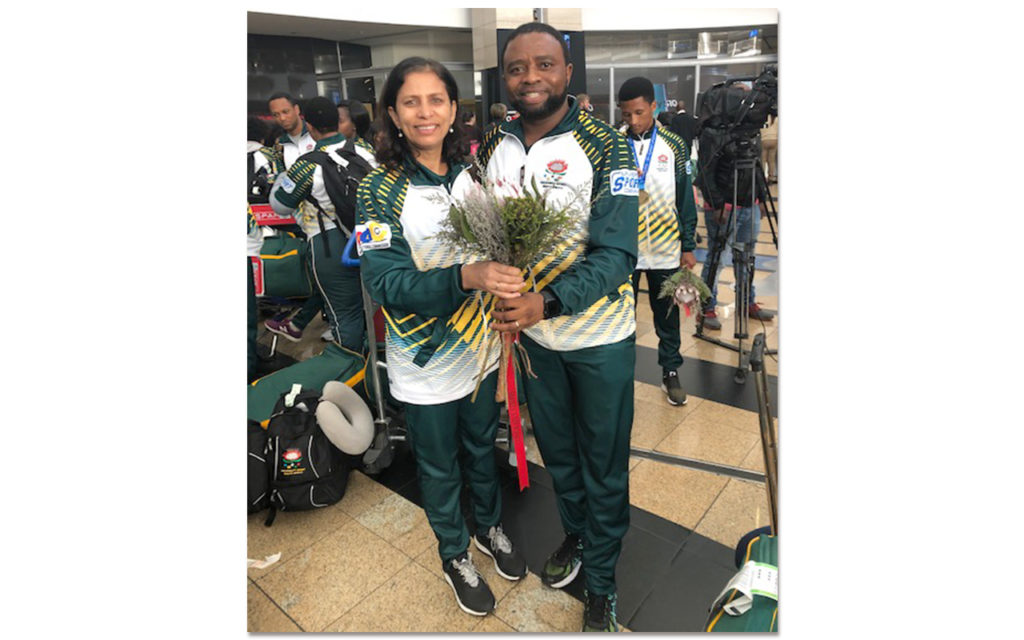 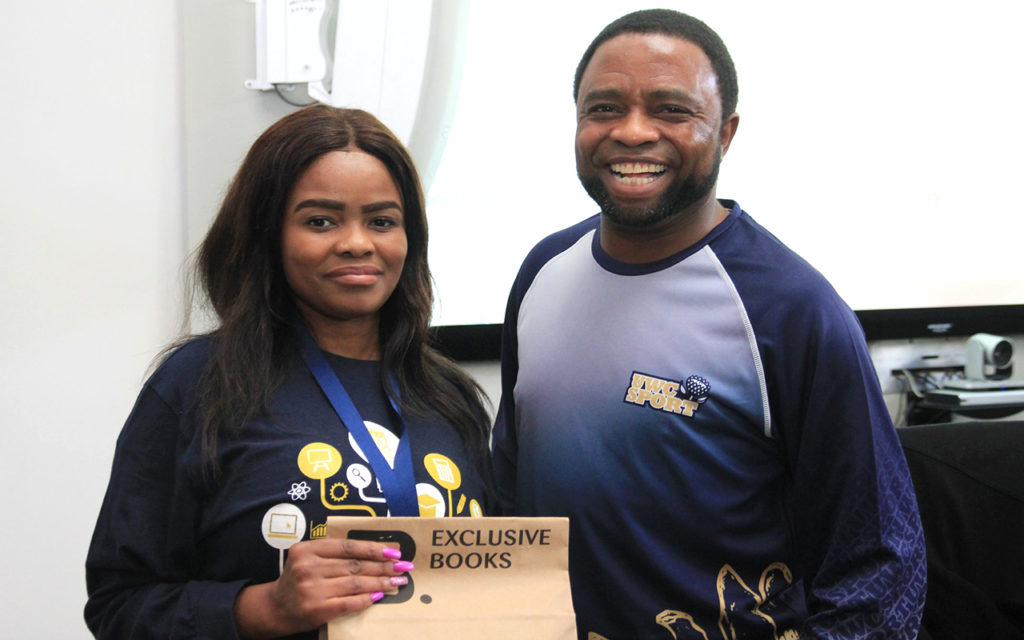 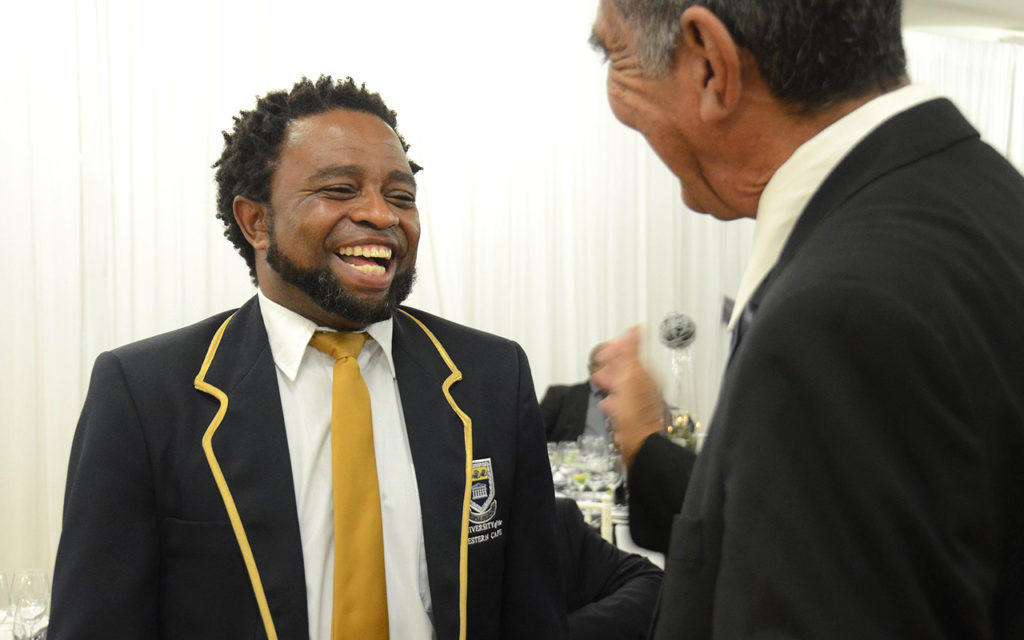 University of Western Cape’s Director of Sport, Mandla Gagayi, is ecstatic with the recent alert Level 1 announcement by President Cyril Ramaphosa as it allows for all sports to take place and get student-athletes back in action.

The past year has been tremendously challenging for university sport which has been on hold due to the global Covid-19 pandemic.

Gagayi believes universities will use the next few months to dust off cobwebs and prepare for national competitions as University Sport South Africa has a calendar of events in place for the remainder of the year.

The main target is to assist athletes who will be preparing to represent South Africa at the Olympic Games in Tokyo, which is in less than five months’ time.

The delay in the progression of student-athletes’ careers left a bitter taste for many, however UWC’s management put their wellness at the centre of student development and support, offering online and telephonic counselling services.

Another standout for UWC is their women’s sport focus as they aim to produce more international athletes having previously introduced the likes of Springbok Women’s Babalwa Latsha and Banyana Banyana’s Thembi Kgatlana and Leandra Smeda to name a few.

Mandla, it is a pleasure speaking to you! How are you feeling with the country having moved to alert Level 1 and its impact on sport going forward?

Moving down to alert Level 1 brings hope to many sports people because this level allows for all sports to take place, alas without spectators. What is important for now is to at least get all the athletes back to sport, especially considering that some athletes make a living out of sport. The spectator matter can always be dealt with in time.

What plans are in place to see more university sport taking place? What events can we expect?

Most universities compete in local leagues within their geographical areas. As such, they will definitely use these leagues to dust off the cobwebs and prepare for national competitions. University Sport South Africa has a calendar of events in place already for 2021. That means that our regular national competitions will still take place between July and December. UWC Sport has been appointed to host USSA Rugby 7s in September and USSA Football in December. Varsity Cup Rugby is also scheduled to take place in Pretoria from April to May, and there will be Varsity Football and Varsity Netball in September. All these competitions will go a long way to bringing university sport back to life after almost 12 months of absence.

Over the past year, what effects has the pandemic had on university sports as well as on the student-athletes?

The pandemic had a serious negative impact on university sports because many elite athletes use university sports national and international competitions to launch their professional careers. There was therefore a delay in some athletes’ career progression. The biggest upset was the cancellation of Varsity Sports competitions because these competitions provide a much-needed source of income for participating universities.

“Even critical was the postponement of the Tokyo Olympics because, as you may know, bulk of Team South Africa’s Olympic athletes come from universities.” – University of Western Cape’s Director of Sport, Mandla Gagayi

Even critical was the postponement of the Tokyo Olympics because, as you may know, bulk of Team South Africa’s Olympic athletes come from universities. These athletes did not only lose the opportunity to compete at the highest stage, they also had to deal with stress that comes with all the energy that they put in their preparations, only to learn that they will not be competing.

We understand there was a free counselling service offered at University of Western Cape for all students. How successful was this venture in ensuring that everyone remained in a positive state of mind, especially for the athletes who were gearing for competitions?

We are truly blessed to have a university that puts student wellness at the centre of student development and support. Our Centre for Student Support Services did a great job in offering online and telephonic counselling services to students, and some of our athletes made use of that service.

UWC Sport was also proactive in keeping student athletes motivated and focused through a series of motivational videos from the Sports Director, assuring them that things will be better. We also hosted a series of online exercise competitions in order to keep our students fit and in touch with one another. Most importantly, our coaches did not stop coaching their student athletes. They still provided online group and individual coaching sessions and submitted regular reports to UWC Sport.

How has UWC managed to keep the sporting department afloat, specifically from a financial point of view?

Our strength has always been in our planning. We had our 2020 budgets approved already and when the lockdown slowly crept in, we then requested the University’s leadership to still allow us to purchase all the necessities that we had planned for 2020 so that we do not have to struggle in 2021. We also managed to have all our sports bursaries paid out because not having sport did not mean that our student athletes would also not study. Therefore, their student fees had to be paid. We did this because we knew there would be a chance of budget cuts in 2021 as some funding would have been used towards Covid-19 prevention initiatives. We therefore did not suffer any serious losses, except for the fact that we could not generate any income from hosting events and renting out of our facilities.

All the above was possible because we have a university leadership that fully understands and appreciates the value that sport brings to the University.

What advice would you share with student-athletes who struggled to cope with being out of action for a number of months and are now trying to get back into being competitive again?

I would advise them to take things slow and not rush into action because they might risk long term injury. They must also be grateful that they get another chance to compete because some people did not live to see another day on the field or on the track. Most of all, they must take each competition as their last competition because we do not know what tomorrow may bring.

Let us chat more about the structure of UWC and the emphasis the sporting department has on giving women a chance to lead. From what we know, UWC’s policy for women’s teams is that they should be coached by women coaches. How and why did the university arrive at this decision as we still see many women’s teams across the globe being coached by men?

“Being a women’s coach gave me the opportunity to really listen to what women thought about the system and the patriarchy that it presents.” – Gagayi speaks on UWC’s women’s sport policy to amplify the women’s side of the game.

The approach of putting women in the front has always been my passion since my days of coaching women in football. Being a women’s coach gave me the opportunity to really listen to what women thought about the system and the patriarchy that it presents. I also got to appreciate that as much as those women valued my input and support, they also needed to be given space to make decisions and lead. I am also fortunate that I have been mentored by women throughout my career. Therefore, I believe that women can do as much as men, if not better.

I brought my approach to UWC Sport because I could see that, as much as all our sports clubs had men and women’s teams, there was always a feeling that priority and focus was towards men’s teams. And having men as women’s team coaches also did not assist because the same coaches seemed to focus on men and only regarded the women’s teams as a side issue.

We made it clear that we were not doing this at the expense of our men’s teams. We still support our men’s teams, but we also have to bring women’s teams to their level. The buzzword in our planning meetings is always “Equity over Equality” and I am proud now that the following women’s teams, previously coached by men, are coached by women: football, cricket. We are now busy looking for a female basketball coach to complete our puzzle.

As leaders in empowering women in sport, what would you say to encourage other universities or federations in the country to give women a platform to be leaders/coaches/mentors, etc..?

As leaders, male and female, we need to get over our egos and understand that it is our responsibility to correct the injustices of the past. Before we go out to preach about transformation we first need to check if our own departments are transformed enough. We have to keep ourselves accountable by setting goals and targets for support towards women in sport, and we must account for why those goals/targets are not met. As men, we must use our female colleagues as champions of women’s empowerment and give them all the support they need to succeed.

Having produced the likes of national team players such as Springbok Women’s Babalwa Latsha and Banyana Banyana’s Thembi Kgatlana to name a few, what are you as the sporting department hoping to achieve in the coming years, especially in producing more female athletes?

We will continue to produce these elite female athletes because now we have ambassadors that our young women want to emulate in the likes of Thembi Kgatlana, Babalwa Latsha, Leandra Smeda, Nosipho Poswa, Kaylin Swart, Petunia Obisi, Jermaine Seoposenwe, Kelso Peskin, Zuana Jumbaije, Bejancke Della, Andrie Steyn, etc. All these women have laid a foundation and make a good reference of what women can achieve when given a platform.

We have few young women that are coming up the ranks e.g. Bongeka Gamede, Rogail Joseph, Sibulele Holweni, and Vhangala Ndou. All these student-athletes have potential to get to the top with more support.

From a personal point, what have been some of the biggest lessons you have learnt along in your career that has molded you into the person you are today?

I have always lived according to principles that my late mother raised me with, i.e.  treat others the way you would want them to treat you, always support the underdog, speak your mind and stand for the truth, attack the principle and not the person. I still apply all of these in my professional and personal life. I grew up in a two-room shack with no access to good things, including sports facilities. It is those memories that push me to want to do more for people that are in a lesser position than me.

Lastly, what are your greatest career achievements that continue to motivate you to pursue your passion?

I regard every moment when a student athlete walks into my office to tell me that he/she has completed his/her degree and will be graduating in a few months. Or when my former student-athletes meet me on the street and thank me for making him/her a better person. That is always my proudest moment because I know what our student-athletes go through just to be able to get to varsity. These moments always leave me in tears because I know that our struggles were not in vain.

Photo 1 Caption: University of Western Cape’s Director of Sport, Mandla Gagayi, is ecstatic with the recent alert Level 1 announcement by President Cyril Ramaphosa as it allows for all sports to take place and get student-athletes back in action. Photo: Supplied

Photo 5 Caption: Mandla Gagayi admits his proudest moments are seeing student-athletes achieve their goals, especially knowing the struggles they had to endure to get to the top. Photo: Supplied 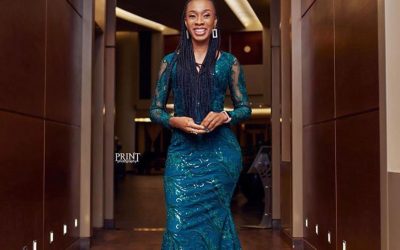 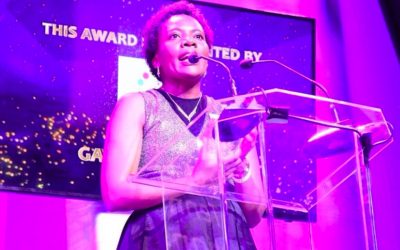 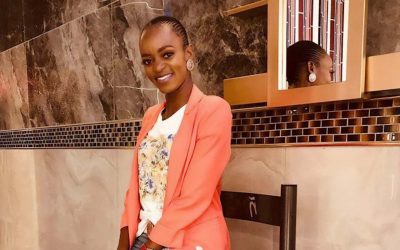