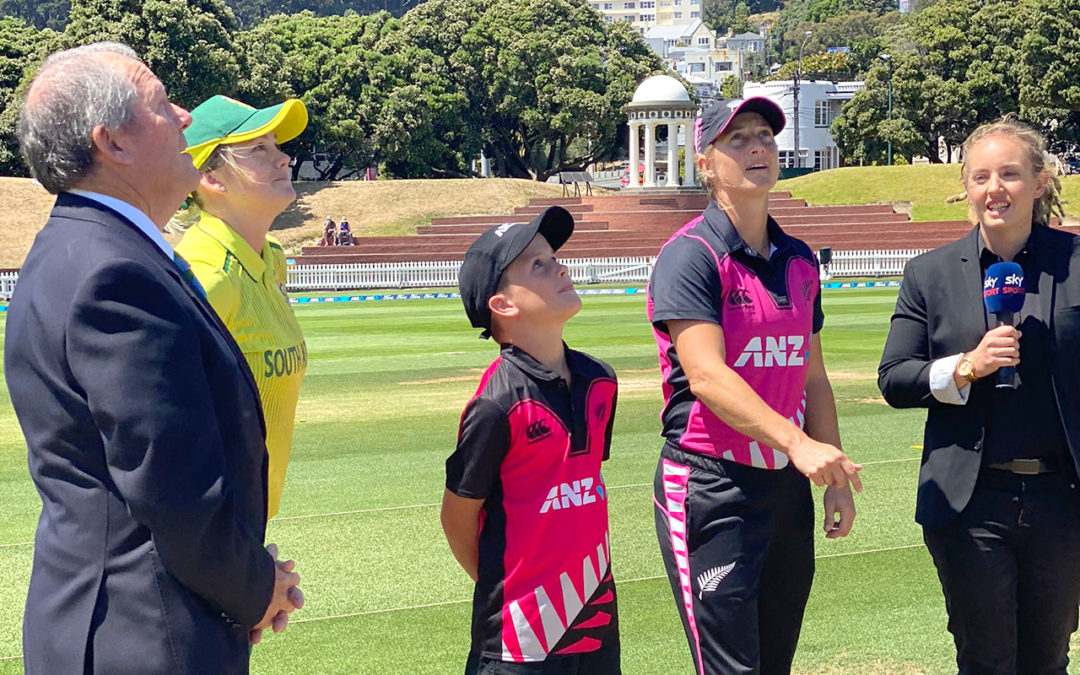 New Zealand beat South Africa by 69 runs after being put in to bat first in Hamilton on Monday morning, and repaid the visitors in style for their Sunday loss in a match that saw the Proteas Women lose composure with the ball and the bat.

The first of the five-match series’ only back-to-back matches saw South Africa claw back a win on Sunday to reduce the home side’s advantage to a two-one lead, but celebrations were short-lived as the White Ferns capitilised forcefully on Monday to claim the series win with a match in hand.

On winning the toss and inviting New Zealand to bat first, SA skipper Dané van Niekerk announced Nonkululeko Mlaba and Nadine de Klerk in to the side for Tumi Sekhukhune and Marizanne Kapp, and the opening bowler’s absence was immediately evident.

Shabnim Ismail broke through early for South Africa with the wicket of Laura Down, but the effort in the field was peppered with critical errors, and after she was gifted a life early on in her innings, White Ferns skipper Sophie Devine was an inspiration, hitting a massive 105 off just 65 balls in a century-strong partnership with the White Fern’s other T20I centurion, Suzie Bates.

The reply in chase of 172 was always going to be a challenge, but Lizelle Lee and Laura Wolvaardt started in a positive mindset and were on track with a partnership of 18 runs in the first three overs.

But after the tall right-hander departed bowled Anna Peterson, South Africa lost wickets at regular intervals, and the toll of the rising required run rate played its part in South Africa final tally of 102 all in the 17th over (Ismail absent hurt).

The series finale will be played at the University Oval in Dunedin (3am SA start time), and will serve as the South Africans’ final match practice ahead of the ICC T20 World Cup in Australia, starting for South Africa against England on Sunday 23 February, in Perth.

Photo 1 caption: South Africa captain Dané van Niekerk called right at the toss but after inviting New Zealand to bat, New Zealand skipper Sophie Devine (right) made the most of an early life to punish the visitors for Sunday’s loss and claim a series win. Photo: CSA (on Twitter)