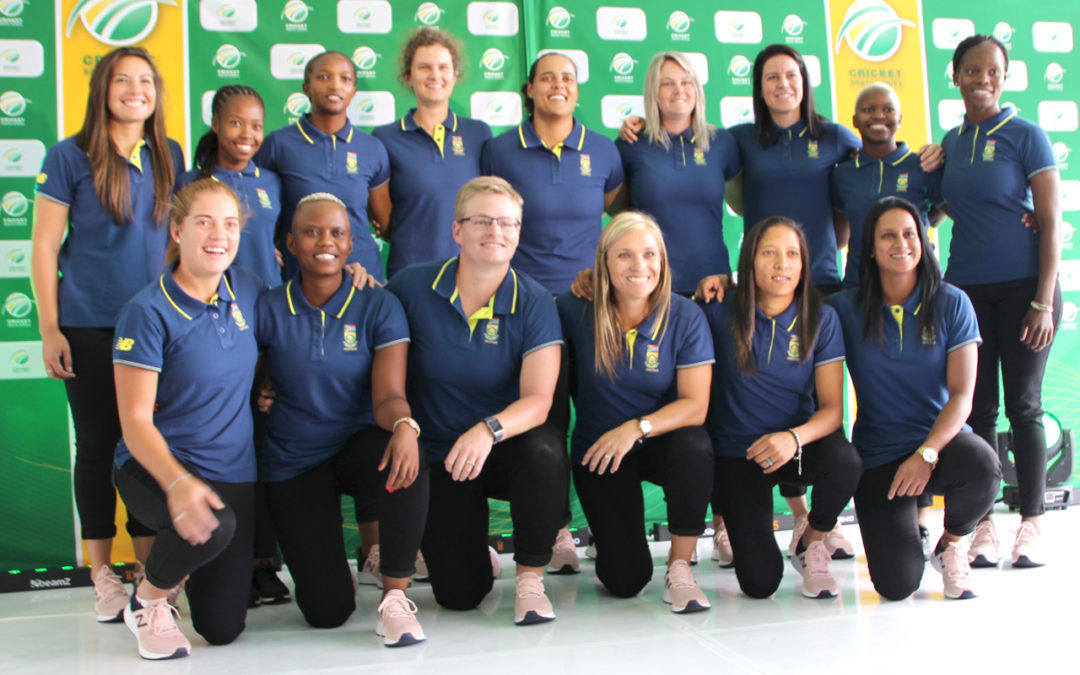 The Proteas Women’s cricket team, currently on tour in New Zealand, and fresh off victory in the third T20I in Hamilton this morning, have been boosted by news that Cricket South Africa has secured Momentum as the new women’s cricket sponsor.

The eagerly-awaited announcement was made by Cricket South Africa during the innings break of the men’s Proteas Pink ODI against England at the Wanderers Stadium on Sunday.

The naming rights sponsorship announcement comes just days before the start of the ICC Women’s T20 World Cup Australia 2020, where the Proteas women will fancy their chances of lifting the trophy for the first time ever.

It has been a fruitful seven years for women’s cricket in South Africa, since Momentum were instrumental in the professional contracts first awarded back in 2013.

The team will hope this sponsorship spurs them on to new heights as they look to battle it out with the best in the world.

Photo 1 caption: The Proteas Women cricket squad are pictured on their announcement at the Wanderers Stadium in Johannesburg on 13 January, ahead of flying to the away ODI and T20I series currently being contested in New Zealand. The ICC Women’s T20 World Cup Australia 2020 starts between hosts Australia and India in Sydney on 21 February, and South Africa face their first World Cup opponents England at the WACA in Perth on Sunday, 23 February. Photo: gsport