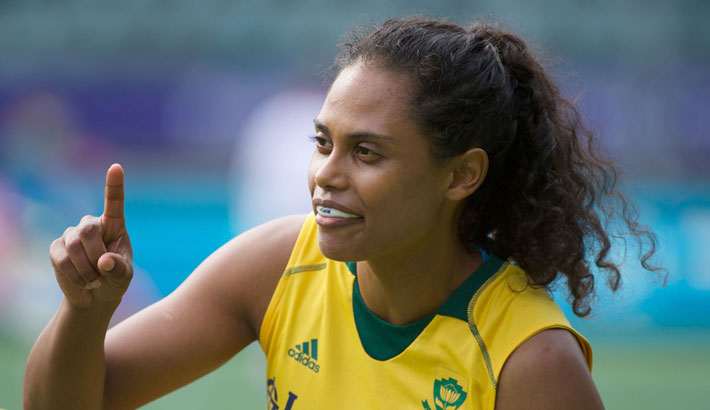 At the bottom of their Group B log table, there is much to play for when the national team takes to the field in Friday’s third round of Group B matches, at the World Cup in The Hague, Holland.

Investec SA have now lost twice from two starts, and need to get away from the foot of the table in a hurry. Friday’s assignment is unfortunately a tough ask for the SA team, the only truly amateur World Cup sides in The Hague, but if they can right their wrongs it’s certainly not impossible.

The world’s 11th-ranked Investec South Africa women’s hockey team tackle England at 2.30pm in a massive game for both sides.

Underlining the fierce competition at this World Cup, London 2012 Olympic Games bronze medallists and world number three England have suffered a 2-1 loss to world number 10 the USA, and a 3-0 shutout by world seven China.

These setbacks have surely sent shockwaves through a side that need to find victory against SA, if they are to make a go of living up to their semi-final seeding.

SA, too, have lost two matches from two starts and while the 4-1 defeat by World Cup holders Argentina was not unexpected by the pundits, the same seasoned observers were of the opinion that the girls in green and gold should probably have beaten world six Germany.

SA had more shots at goal than the Europeans and three times as many penalty corners, yet a 3-1 defeat was the outcome.

Should super-quick striker Sulette Damons, who missed the first two matches due to injury, be ready it will give the girls in green and gold more penetration against the English.

Main Photo Caption: Investec SA midfielder Illse Davids knows that the only way is up. Davids is pictured during South Africa’s 3-1 loss to Germany, in their second of five group-stage matches at the FIH Rabobank Hockey World Cup, on Tuesday, 3 June, 2014. Photo: Supplied / Stanislas Brochier