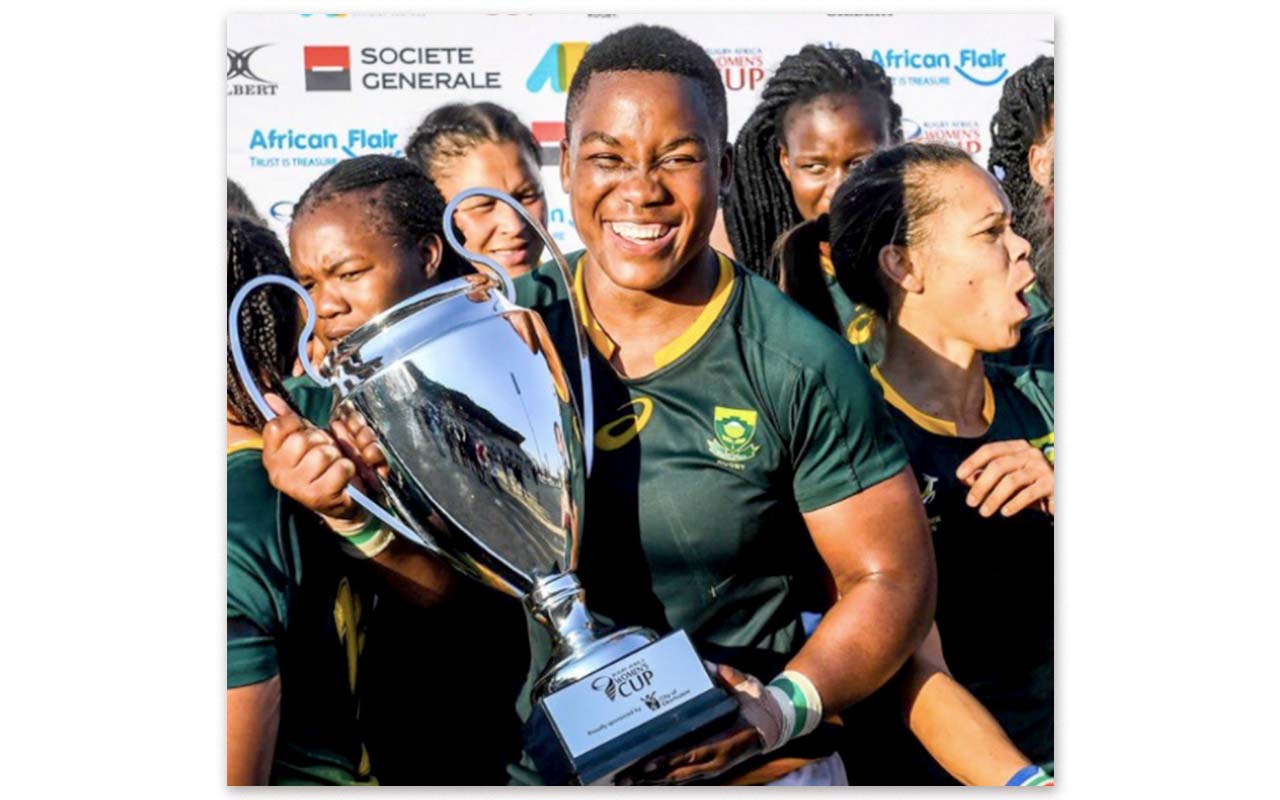 Born in the township of Khayelitsha in Cape Town, Latsha started playing rugby out of curiosity and completely fell in love with the game. Overcoming gender stereotypes and criticism throughout her rugby career for playing a male-dominated sport, Latsha has become a beacon of hope to many aspiring female rugby players across SA.

In 2020, after becoming the first African women’s rugby player to turn professional upon joining Spain’s Eibar Rugby Taldea, Latsha would go on to score 13 tries in seven games for her new team.

She was awarded South Africa Rugby Women’s Top Achiever in 2017 and has captained her country.

Latsha joined the inaugural South African Rugby Legends Association’s (SARLA) development programme in 2014 and is actively working to promote women’s rugby. She believes a policy driven approach, focusing on grassroots rugby and empowering women in the sport, is required in order to achieve this goal.

“Latsha’s journey from township to rugby stardom has been phenomenal to watch. We are thrilled to welcome her to the Laureus family. She is already doing such important work to shine a light on women’s rugby and continues to leave a legacy that will inspire future generations of African women to pursue professional rugby. We are very excited to be working with her to upliftment communities across SA,” said Chairperson of the Laureus Sport for Good Foundation SA, Morné du Plessis.

“My biggest dream is to see a society where young women can grow up safely, freely and confidently, where they can be empowered to become young leaders within our communities. My dream is that young boys and girls see themselves as equal, so that we can ultimately and finally foster a society that does not see women as lesser than, but sees them for who they truly are,” revealed Latsha.

Laureus Ambassadors are a select group of both current and retired sportsmen and women who have achieved sporting greatness or made significant contributions to the sporting community during their careers. They are recognised as role models and icons of success and have volunteered their services to support the work of Laureus Sport for Good.

Ambassadors volunteer their time to work for the Foundation whose mission is to use sport as a means to combat some of the world’s toughest social challenges facing young people today, such as juvenile crime, gangs, HIV/AIDS, discrimination, social exclusion, lack of education, landmine awareness and health problems such as obesity. Since its inception, Laureus has raised over €150 million for projects which have helped to improve the lives of millions of young people.

← Louw, Miya and Mamabolo Contest Woman in Radio Award Mentoor, Van Dyk, Pelser In Line for Coach of the Year →