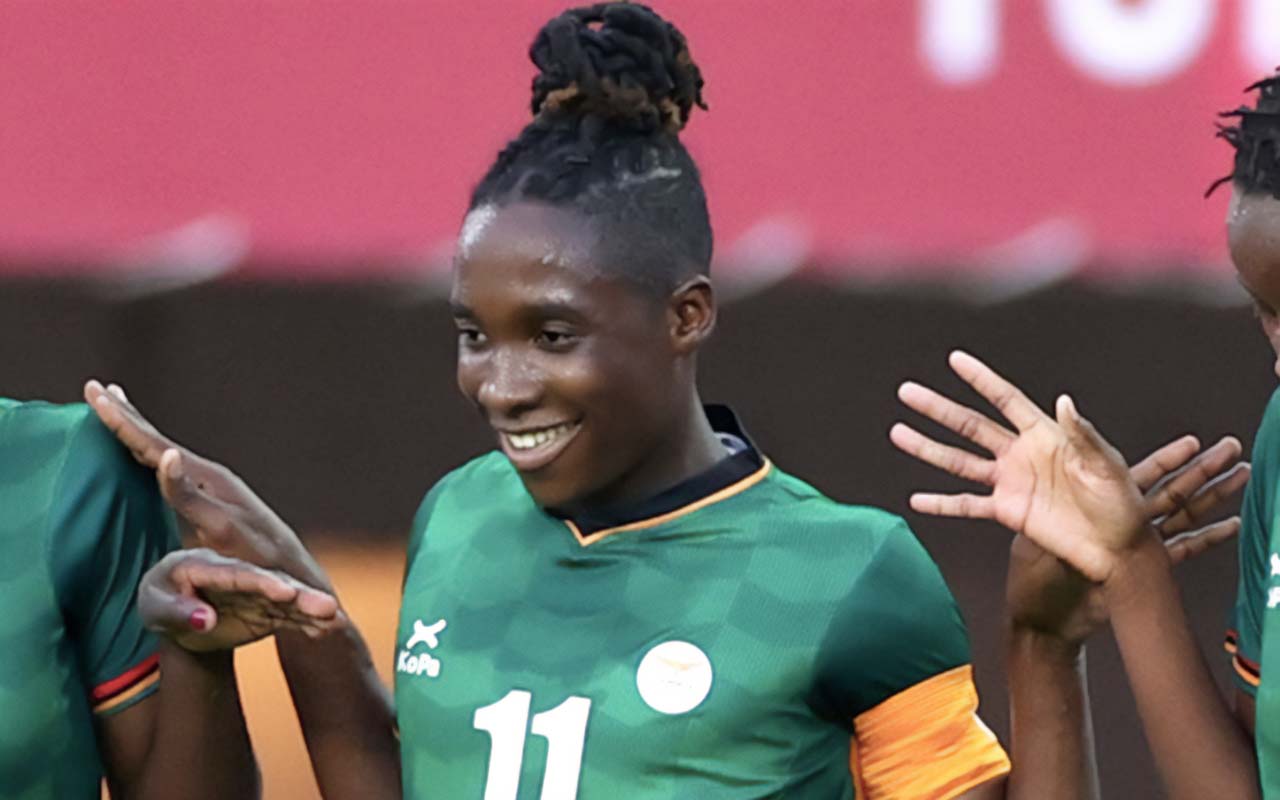 The first women's player to ever score two hat tricks at one Olympics 👏🇿🇲 pic.twitter.com/t6vbtimSw3

The striker opened her account in the 19th minute of the Netherlands game, scoring Zambia’s first-ever Olympic goal. The captain’s heroic efforts provided a silver lining for the Copper Queens, who were beaten 10-3 by the Dutch on Wednesday, 21 July 2021.

The 21-year-old went on to help her national team bounce back to a 4-4 draw against China on Saturday. Banda’s second hat-trick of the tournament catapulted her to the top of Tokyo’s scoring charts.

Zambia will play for a spot in the knockout rounds when they face off against Brazil on Tuesday.