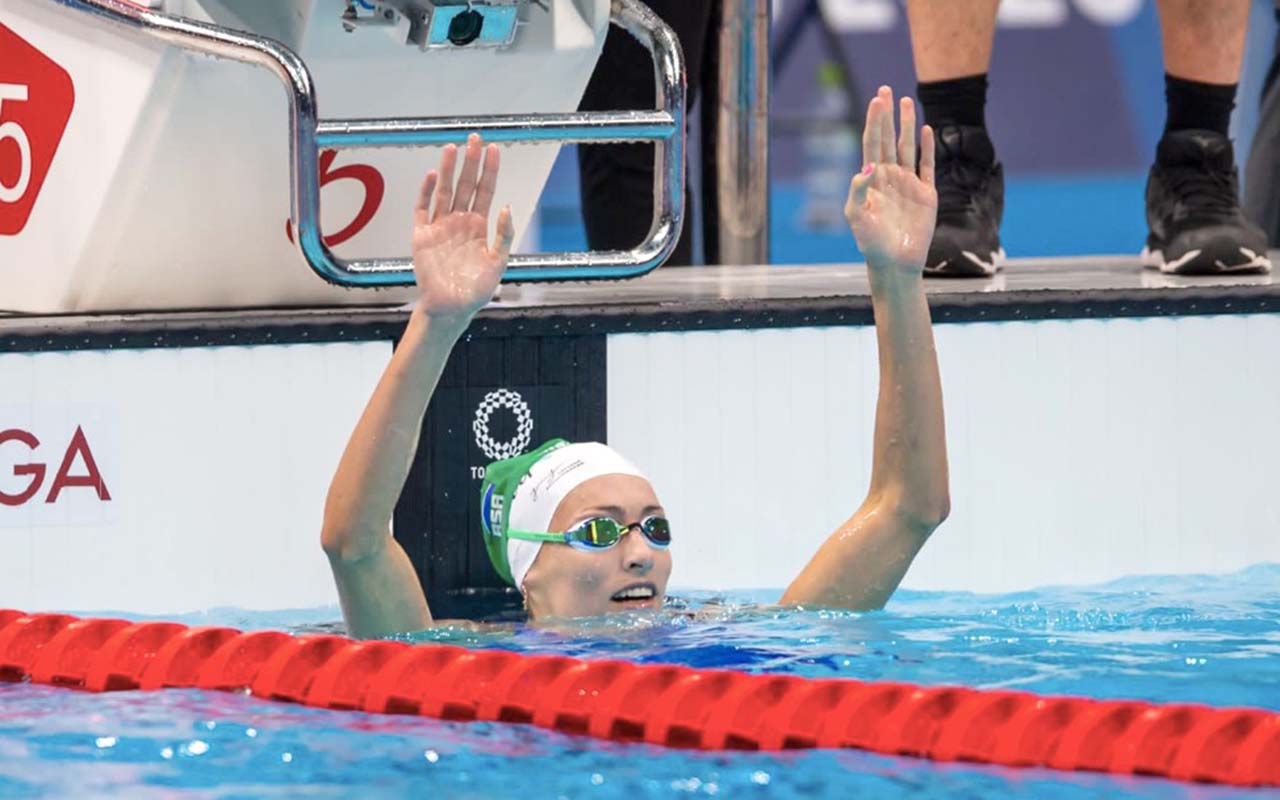 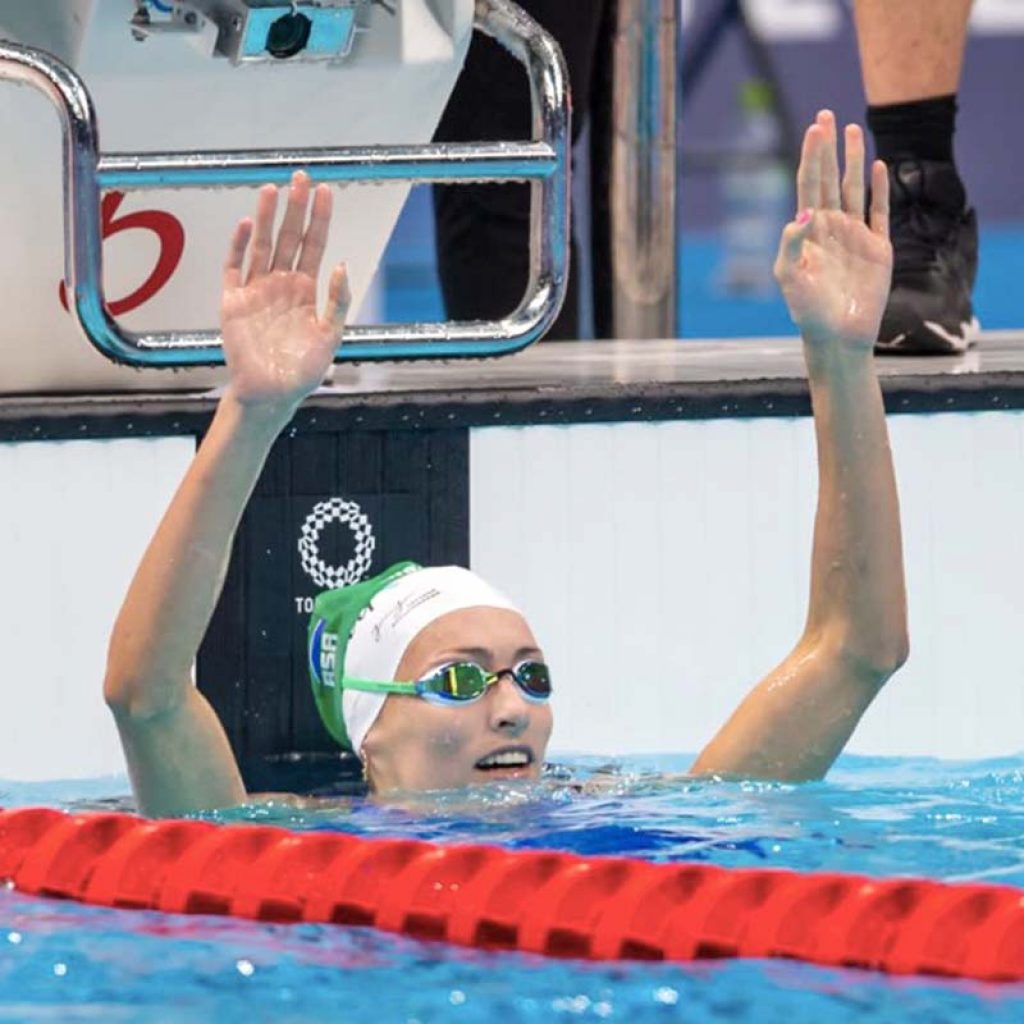 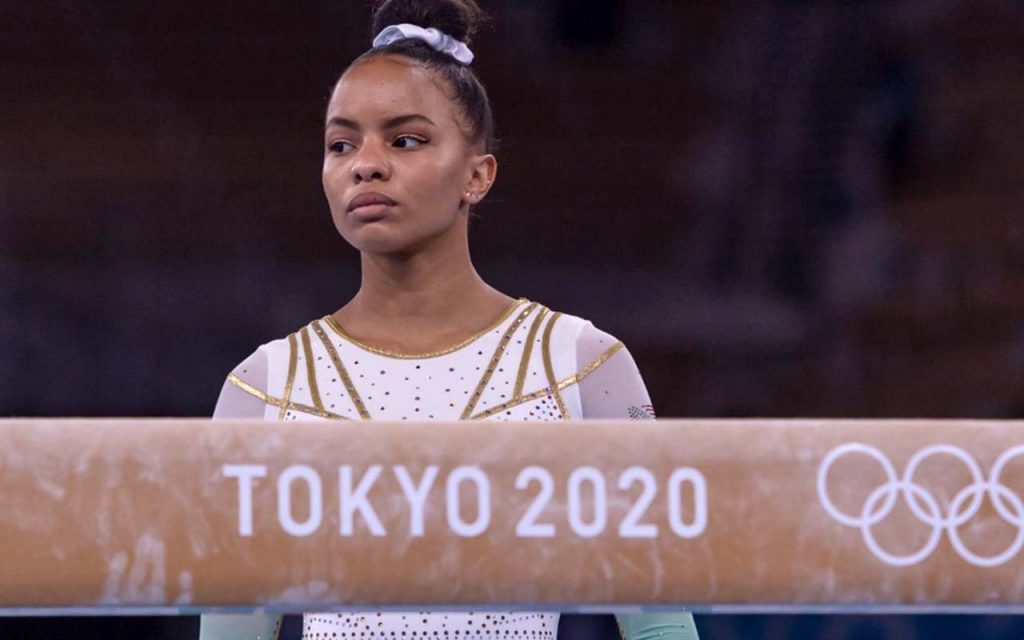 Tatjana Schoenmaker’s Olympic record in the women’s 100m breaststroke was the high point of Team SA’s representation at the Tokyo 2020 Olympics on Sunday, 25 July 2021.

SPECIAL MOMENTS 😍@TRSchoenmaker shares her excitement after setting a new Olympic record in the 100m breaststroke heats, touching the wall in 1:04.82 at #Tokyo2020 pic.twitter.com/v8L8zq5xJ9

Schoenmaker’s emphatic feat in the heat’s session saw her touch the wall in 1:04.82 to qualify for the semi-final round.

“At this rate Tatjana could become the next and second ever female breaststroker to do the double…25 years later. Another South African…Wouldn’t that be cool.”

Gymnast, Caitlin Rooskrantz, scored an international Personal Best with 13.30 on bars and currently sits in 11th position. She is also part of the top 24 advancing to the All-Around final.

Fellow gymnast, Naveen Daries, had a rough start but went clean on the next three apparatus. She is currently lying sixth on the vault after sub-division two with three sub-divisions remaining.

In the women’s road cycling event, Ashleigh Moolman-Pasio finished 13th as she crossed the line in a group of 11 riders sprinting for fifth position. While, Carla Oberholzer, did not finish after spending 75km at the front of the race over a punishing course in hot conditions.

It was a high scoring heat and she was leading for much of the way and surfed well. But, she advanced to round two where she finished second to qualify for round three on Tuesday, 27 July 2021.

Photo 2 Caption: Gymnast, Caitlin Rooskrantz, scored an international Personal Best with 13.30 on bars and currently sits in 11th position. She is also part of the top 24 advancing to the All-Around final. Photo: Team South Africa (Twitter)