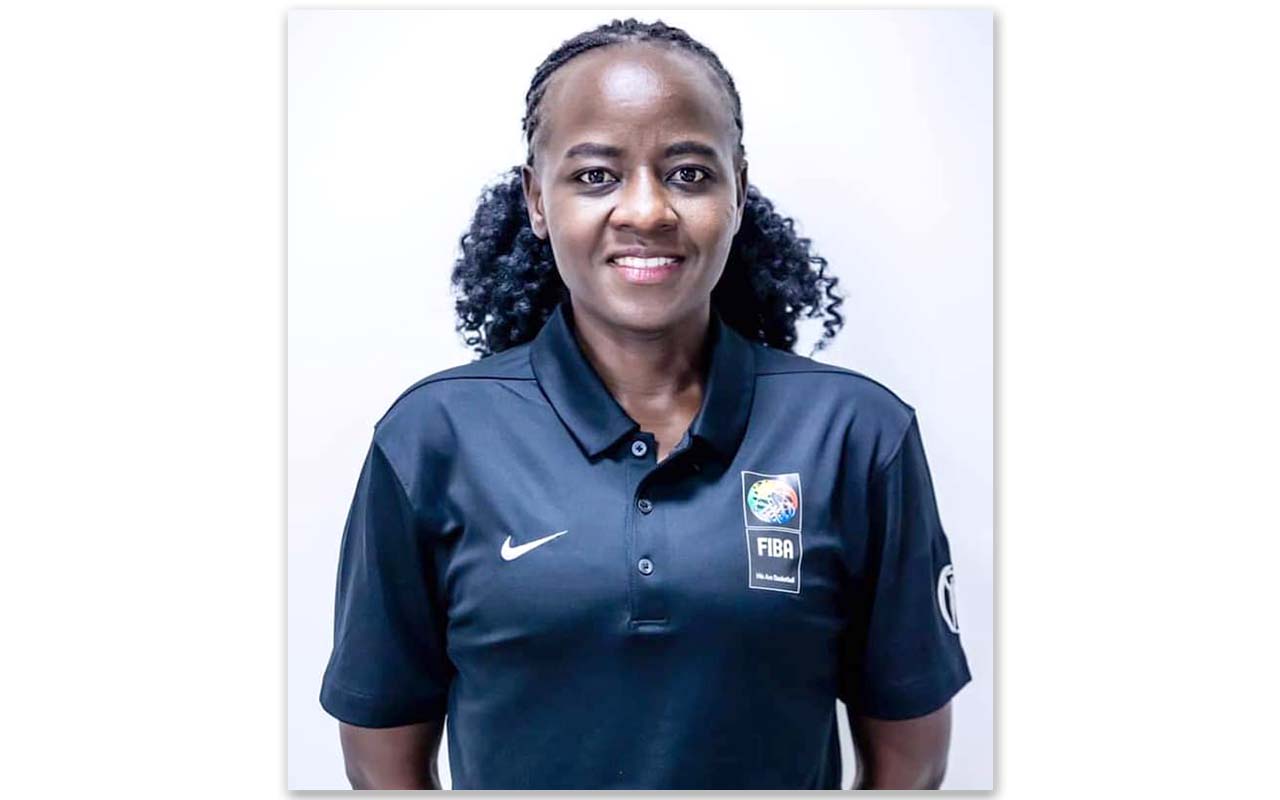 Dorothy Okatch has overcome many challenges to pursue her passion for basketball as she is currently Botswana’s first female FIBA licensed referee.

Born in Uganda, Okatch’s family left her home country in 1987 to settle in Botswana when she was four years old.

Her love for basketball developed in her last year of high school and by the time she was at the University of Namibia, she featured for the varsity basketball team – Wildcats.

Despite starting as a bench warmer for almost a year, Okatch’s breakthrough came during her second year. For two consecutive years, she captained the Wildcats team.

Okatch hoped to play at national team level, however as a refugee at the time in Botswana, her dream would only come true if she had moved back to Uganda.

“I enjoyed being able to provide a platform for fair play,” – FIBA licensed referee, Dorothy Okatch

While her career of playing basketball went on the back-burner, Okatch ventured into a different route when she discovered refereeing.

While watching a high school basketball game, she requested the whistle and has not looked back ever since.

“I kept on going back every weekend after that game because I enjoyed being able to provide a platform for fair play,” she said.

Head of Namibia Basketball Officials, Mr. Charles Nyambe, one day requested Okatch to officiate a senior league match, “I was terrified when I received the request,” she admitted.

After several years of being a local referee in Namibia, she was appointed as national team referee to accompany the Namibian side to the CUCSA Games in Botswana.

After she officiated several games at the tournament, a gentleman called Charles Foster was impressed by how she officiated the games and told her that she had the potential to become an international referee.

Foster guided Okatch as she attended a zonal licensing clinic for referees in Johannesburg in 2011.

However, she could not make it due to her pregnancy.

“To be one of the few female referees at the competition of such a magnitude was such an honour.” – Okatch on officiating at the inaugural 2021 Africa Men’s Basketball League.

Later in 2014, Okatch attended the international licensing clinic in Madagascar and history becoming the first Motswana to be appointed a FIBA International referee.

In 2021, she was part of the officiating team at the inaugural Africa men’s basketball league: “To be one of the few female referees at the competition of such a magnitude was such an honour.

“Just being part of the officiating crew at the maiden tournament was a blessing. The amount of time I was at the competition, I experienced so much growth, joy, and passion for the game.”

Okatch advises aspiring female referees to stick to the basics, “Many of the competitions I have officiated I cried because of my performance, my fitness and not being good enough because officiating is really hard work.

“My advice to you is to enter into officiating knowing that you have to dedicate time to your growth, be committed to learning new things, and watching competitions. The most important element which I often struggle with is confidence.

“I cannot stress this enough, no one wants a referee who doubts themselves and looks unsure on the court. They won’t have confidence in your abilities, therefore be confident on the court, fake it if you have to, and never look weak,” she concluded.

Photo 1 Caption: Dorothy Okatch has overcome many challenges to pursue her passion for basketball as she is currently Botswana’s first female FIBA licensed referee. Photo: Supplied