Elana Meyer: Sport Before and After Democracy 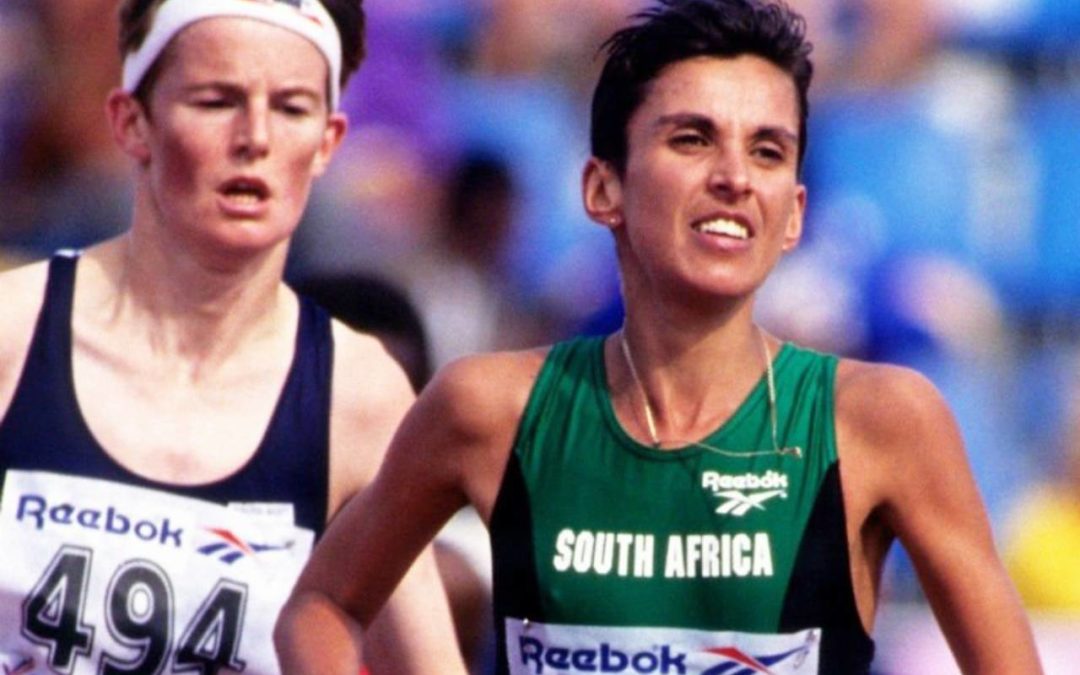 South Africa has always been blessed with brilliant athletes on the local scene but segregation meant they could not compete together and in turn were not exposed to international competition until 1991.

During that era, a young Elana Meyer started to discover her talent, which saw her win her first title – the Foot of Africa half marathon – at the age of 13. Meyer went on to achieve great success at national level and was awarded her Springbok colours as a junior athlete.

South Africa’s sporting exclusion due to apartheid meant that Meyer could not compete on the international stage but that did not deter her from using international standards and times as benchmarks for setting her own running goals.

She also used those years to arm herself with a BCom and BCom (Hons) degrees as well as her Higher Education Diploma from the University of Stellenbosch.

Eager to keep up the momentum, she enrolled for a Master’s degree in Marketing, but that had to be put aside temporarily in the interest of international racing when South Africa’s period of international sporting isolation ended in the early 1990s.

Despite the lack of international participation, and alongside her studies, Meyer kept herself in top condition, improving her times every opportunity she got.

Then came a defining moment in her career, when Meyer was included in the South African Olympic team which saw her make her international debut at the Barcelona Games in 1992, South Africa’s first Olympic Games since 1960.

Another 13 years on the international circuit followed, during which Meyer broke five world records and won both a World Cup and world half marathon title. She eventually retired in 2005.

Since her retirement, she has ploughed back into South African sport. In 2008, gsport inducted Meyer into the gsport Hall of Fame and has tracked her career over the next 12 years.

In the build up to celebrating Freedom Day, the iconic sporting figure speaks to Celine Abrahams as she relives her memories of sport before and after democracy and giving back to girl and women athletes through her Endurocad academy.

Elana, in celebration of Freedom Day on Monday 27 April, what does freedom mean to you?

It means I have the freedom to be me! I have the power to think, choose, act and say as I want.

What was the sporting scene like before South Africa returned to the international scene?

We had brilliant athletes during the ‘80’s and early 90’s but mostly competed under segregated circumstances and not exposed to international competition.

Having the opportunity to begin your international career, what was that feeling like?

It was a dream come true –when I walked onto the Olympic Track in Barcelona in 1992 – because since I can remember I was dreaming about the Olympic Games. Even though I ran qualifying times I missed out in 1984 and 1988 Olympics.

You had been competing on the local scene before the world got to recognise you. What was that adjustment like when you had to step your game up to compete against the rest of the world?

I was in the best shape of my life – I was hungry and ready to compete against the best athletes in the world. Even though I did not have any international racing experience – I learnt very quickly how competitive and tough it was out there and that you must be mentally and physically strong to succeed.

You went on to have a successful career which saw you become the first South African to win an individual medal at the 1992 Summer Olympics. You must have had been longing for that opportunity for years!

Yes – it was tough when we were not allowed to compete internationally when I ran the fastest times in the world in South Africa.

How does it feel to know that you hold that record, especially as a woman in sport?

It was a great privilege and a moment I will cherish forever when I got the first Olympic medal on the track for South Africa after 30 years in Barcelona in 1992.

My love for sport started at the age of 9 when Nadia Comaneci (at the age of 14) scored the first perfect 10 and won Multiple Gold medals in Gymnastics at the 1976 Olympics Games in Montreal.

You spent more than a decade on the international stage, breaking five world records and winning both a world cup and half-marathon titles, however you decided to call it a day in 2005, what was it like having to hang your running shoes up?

It was the right time to retire from racing – I have given my career everything I had – I have achieved most of my dreams and goals, and I knew it was time to move on and start giving back to the sport and to society!

What were your biggest highlights of your career?

To become a World Champion in the half marathon (1994)

Even greater highlights were the people I met – friends I made and experiences I had across the world.

Apart from pursuing a sporting career, please tell us more about your studies that were obtained at Stellenbosch University.

How have you used your education and sporting knowledge to teach the next generation?

I worked with the JAG Foundation for seven years (2007-2012) where we implemented sport for social change programmes in communities. In 2013, we launched SA Endurance Academy (Endurocad) with the focus on the Education and development of female athletes.

What projects are you currently involved in?

I am the Ambassador of the Sanlam Cape Town Marathon, Champion for Peace and Sport and Laureus Sport for Good Ambassador.

What are your thoughts on the state of women’s sport?

Women’s sport has grown so much and stepping into the space where it should be. There have been brilliant female sports performances across the board on a global scale. It is exciting to watch and started to obtain mainstream interest and recognition. I am so proud to be in women in sport!

How are you playing your part to inspire and encourage more women to fulfil their dreams of being in the sport industry in future?

Still through the focus of my academy – Endurocad – serving education and development of female athletes.

Photo 1 Caption: Elana Meyer won her first title, the Foot of Africa half marathon, at the age of 13. Meyer went on to achieve great success at national level and was awarded her Springbok colours as a junior athlete. Photo: Thabiso Mosia (Twitter)
Photo 2 Caption: It was unfortunate that during apartheid Meyer could not compete on the international stage but that did not deter her from using international standards and times as benchmarks for setting her own running goals. She also used those years to arm herself with a BCom and BCom (Hons) degrees as well as her Higher Education Diploma from the University of Stellenbosch. Photo: Endurocad (Twitter)
Photo 3 Caption: South Africa’s period of isolation ended in the early 1990s. This then became a defining moment in her career as she went on to make her international debut at the 1992 Summer Olympics in Barcelona. This was South Africa’s first Olympic Games since 1960. Photo: gsport