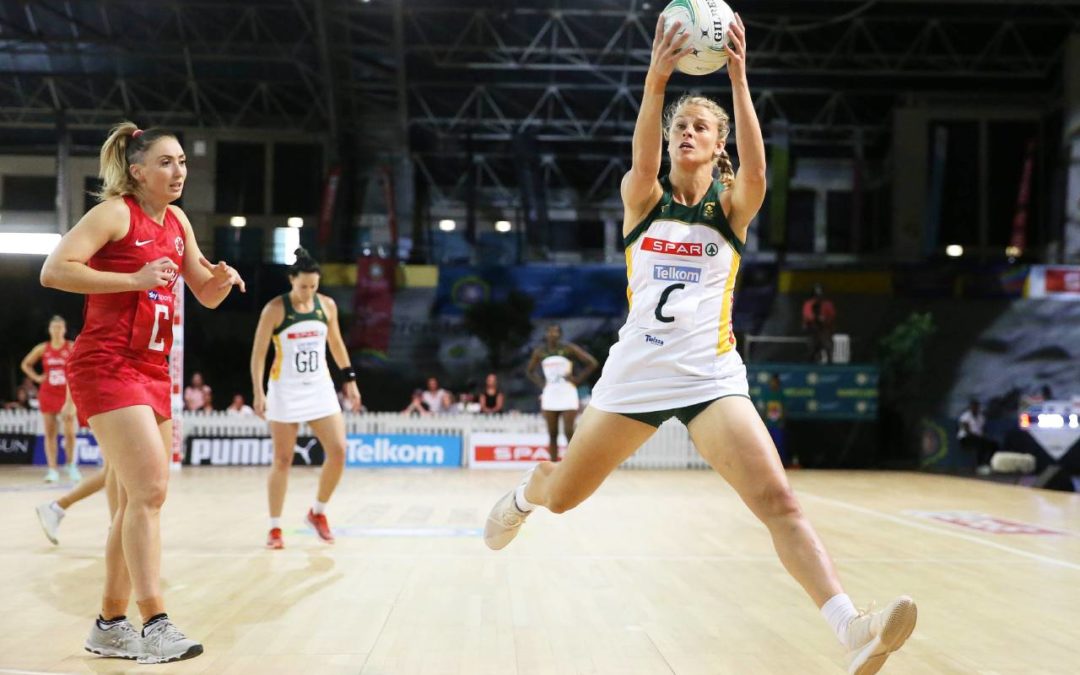 England’s Vitality Roses clinched the SPAR Challenge international netball series at the Bellville Velodrome on Saturday with a 59-53 victory over South Africa’s SPAR Proteas, to go two up in the three Test series. The Vitality Roses won the first Test on Friday, 29 November 2019, 63-58 in extra time.

The SPAR Proteas played well, but some wayward passes cost them dearly. The match was hard fought with two sides trading goal for goal for much of the time. The England goal defence, Francesca Williams, had an outstanding game, with several turnovers.

After the first quarter, England led by 16 goals to 12. The SPAR Proteas made some headway in the second quarter, outscoring the Vitality Roses 15-13, to reduce the deficit to two goals at halftime. (29-27)

South African Head coach Dorette Badenhorst made several changes during the match, bringing Sigrid Burger on as goalshooter and moving Lenize Potgieter to goal attack in the second quarter, and bringing on Rome Dreyer as centre in the third quarter, with Izette Griesel moving to wing attack. The two sides shared the third quarter, scoring 14 goals each.

The SPAR Proteas drew level midway through the final quarter (48-all), but then England gradually pulled away.

“We didn’t get as many turnovers as we did yesterday,” said Badenhorst.

“We were right in the game until the last few minutes, but then I think they lost focus. I believe we can win tomorrow, and we will certainly be going all out to do that.”

“We need to play teams like England A and Australia A – non-ranking matches where we can try out combinations. ” – SPAR Proteas head coach, Dorette Badenhorst.

She said that in the two years before the Commonwealth Games in Birmingham in 2022, the SPAR Proteas needed to play as much international netball as possible.

SPAR Proteas captain Bongi Msomi said it was disappointing to have lost the series, but her team believed they could win the final match on Sunday. “Erin and Maryka have left a huge gap, but we need to step up to the next level.”

“I have great respect for South Africa, and we know we are going to have a hard match tomorrow,” said England coach Jess Thirlby.

“It has been an exciting series and I am impressed by the depth on the South African bench,” she said.

“I think both teams can go away pleased with their performance in this series”.

Earlier, the SPAR Baby Proteas beat Lesotho Under 21 by 76 goals to 21, to clinch the series.

The final matches will be played on Sunday, with the curtain raiser at 11am and the main match starting at 1pm.

Photo 2 Caption: Lefebre Rademan of the Spar Proteas and Francesca Williams of the Vitality Roses in action during the second Spar Challenge, International Netball Test Series match between South Africa and England at Bellville Velodrome on Saturday, 30 November 2019, in Cape Town, South Africa.