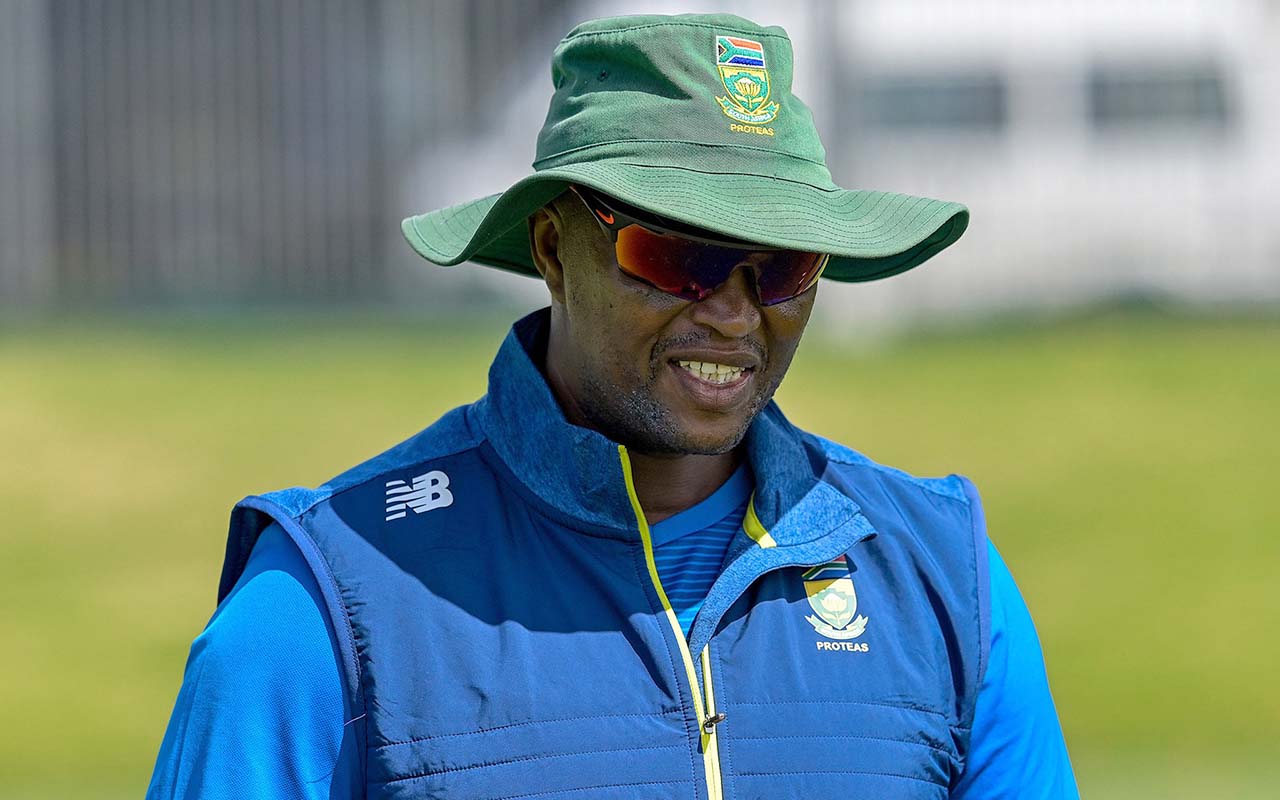 Momentum Proteas coach, Hilton Moreeng, says he is excited by the young talent coming through the system and has encouraged young players to never give up on their dreams.

The seasoned coach, who has led his side to impressive global performances in world competitions and bilateral series, is currently back home and has made time to be at the CSA Women’s Provincial One-Day competition in Johannesburg.

Speaking to gsport as the provincial competition continued under his watchful eye at St Stithians College, Moreeng said: “When we don’t have camps and tours, I make time to be here. It is important to be close to the ground to know first hand who is coming through and also to interact with coaches.

“Seeing the young talent is exciting. If you want to know how healthy your system looks, you just need to look at the influx of cricketers coming through. They are not just coming through, they are putting up their hands, putting in the performances and challenging the current players that are in the High Performance system.”

Moreeng says if taken care of and given the right resources, these players will flourish.

“This will allow us to maintain the current performances we see in the national team and the High Performance structures. And with the Under-19 World Cup approaching, there is a lot of cricket for youngsters coming in. There is always a future for these cricketers. It is for them just to worry about cricket and the rest is taken care of.”

The national coach couldn’t hide his excitement at how well his seasoned Momentum Proteas players are faring in the CSA Women’s Provincial competition.

“It is one of those conversations we have consistently with them because they need to understand as the player that’s been exposed at national level, has played a couple of Proteas games, they need to play leadership roles when they come in the provinces because most of these youngsters haven’t been exposed to what they know.

“The best thing for me this week is how our (Momentum Proteas) bowlers have been batting. We know as far as the bowling is concerned, we have a very strong unit, but now they are complimenting that with the batting and putting runs on the board. It shows the application and understanding they have developed. A partnership down the order can take the game away from the opposition so I am very happy with that and it is something we want to take forward with the next generation coming through.”

So, what is the coach’s advice for success to young cricketers coming through?

“They mustn’t give up on their dreams. They sometimes think they are so far off from the real thing and they are actually closer than they think. One or two performances and you never know… They must just persevere, work hard and not neglect their studies.

“Performances is going to be key going forward and just work on your consistency as a youngster. There is a bright future for young girls wanting to play the game and opportunities are around the corner.”

Check out the daily wraps from the CSA Women’s Provincial Competition:

Photo 1 Caption: Momentum Proteas coach, Hilton Moreeng, lauds rising talent coming through at the CSA Women’s Provincial One-Day competition and he has advice for success for youngsters who dream of playing for the national team. Photo: Cricket South Africa (Facebook)