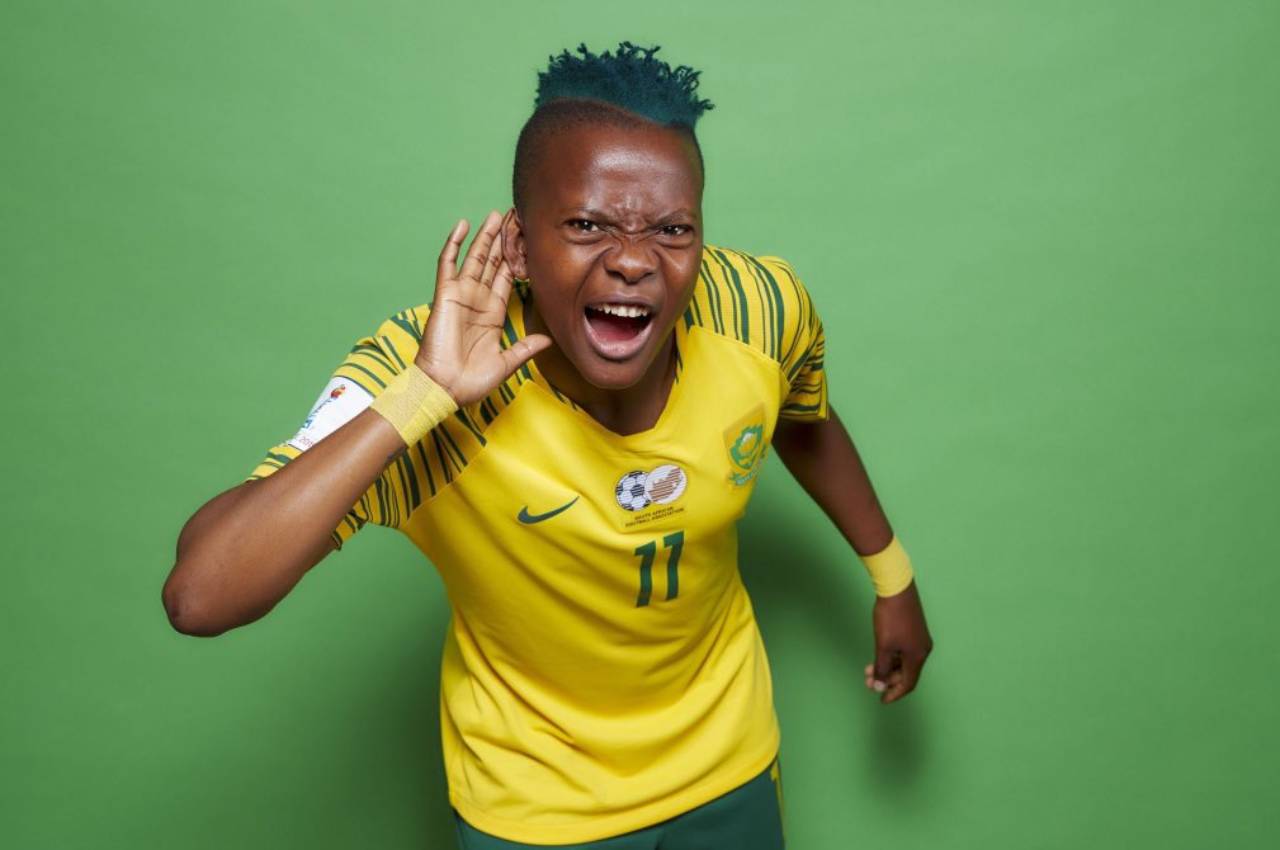 The then reigning African Women’s Player of the Year scored a beauty to open the scoring against Spain in Le Havre and will forever be known as being the player to score South Africa’s first goal at the tournament.

On this day, a year ago in Le Havre something special happened. Many will say I scored the goal, but South Africa scored the goal, Banyana Banyana scored the goal. It took a lot of generations in the history of South African Women footballers to get us to to that day. The sacrifices they made, the disappointments they faced, the criticism they received, the support they didnt receive when they needed it the most. Everything led to this day! Here is to all the womens footballers who have worn their Banyana Banyana Jersey with pride, the one's before us and the current one's. ????????

The team suffered a 3-1 defeat to Spain but Kgatlana’s famous goal broke the internet and today again, social media went abuzz as memories of that spectacular moment for South African women’s football flooded in.

A year ago on this day, @Kgatlanathe1st rewrote the history books with this stunning goal ??

A moment that will forever be etched in our memories! pic.twitter.com/5jMezCLsUt

For Kgatlana, scoring the goal propelled her football career to new heights, and she reaped the accolades that followed.

She was named the Momentum Athlete of the Year at the 2019 Momentum gsport Awards, beating off stiff competition from Caster Semenya and Gerda Steyn.

THEMBI KGATLANA wins the coveted Momentum Athlete of the Year award. Kgatlana is the CAF African women’s footballer of the year who scored South Africa’s opening goal at the FIFA World Cup. #NoApologyForMySuccess

Kgatlana continued to pile on the plaudits when the star was honoured at the annual Feather Awards ceremony where she was named the Sports Personality of the Year.

She also caught the attention of the SA Sport Awards judges when she was nominated for the People’s Choice award, which was eventually won by international swimming star, Tatjana Schoenmaker.

And, it did not stop there, she managed to score another CAF nomination, narrowly losing out to Nigerian forward, Asisat Oshoala.

In January 2020, Kgatlana’s star rose again as she signed a major deal with Portuguese-based club, SL Benfica, where she is becoming a household name.

Alongside her personal achievements on the field, she is also giving back through her Thembi Kgatlana Foundation and launched her first-ever all women football tournament.