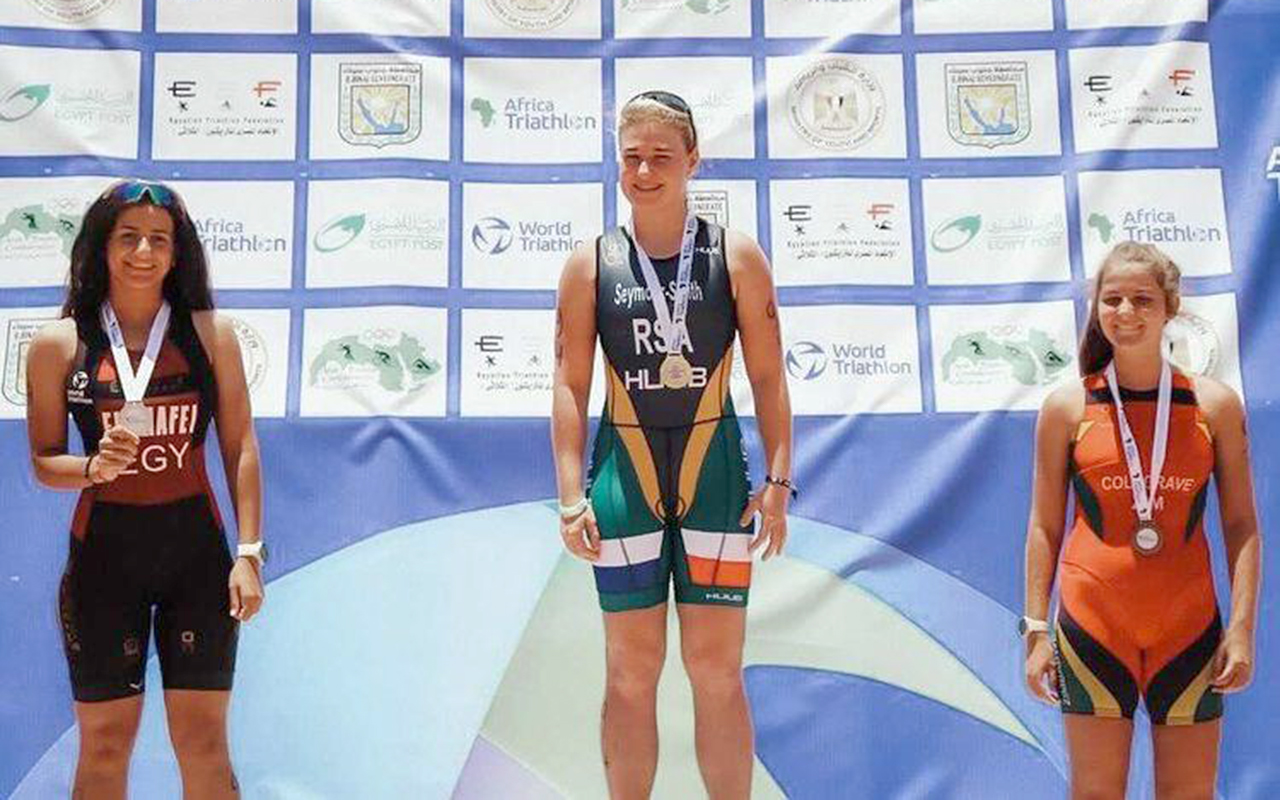 South Africa’s Jenna Seymour-Smith is ecstatic with her junior gold medal performance at the Africa Triathlon Cup which was held in Egypt.

Speaking to gsport, Smith says: “Leading up to the race I felt prepared, excited and of course nervous.

“I did not have extremely high expectations as it was my first big race.”

Smith went on to share her experience, admitting that the weather conditions played a major part in her performance in the early stages.

“I had quite a strong swim start leading to the first buoy but dropped to second afterwards. I managed to catch the girl in first place and powered up the climb leading out of transition.

“The wind was really bad, but I still increased the gap in the cycle. My second transition was smoother, and I knew I had to go all out in the run in order to maintain first place, as my run is not as strong as my swim and bike,” she added.

“I managed to keep a relatively fast pace compared to what I normally run and had a strong finish.”

Smith thanked her coach for her exceptional guidance which allowed her to achieve her sporting dreams.

“Overall, I am extremely happy with the results and learnt so much from the race. The experience was worth gold! A special thanks to my coach, Riana Robertson, none of this would’ve been possible without her.

“All glory to God,” Smith concluded.