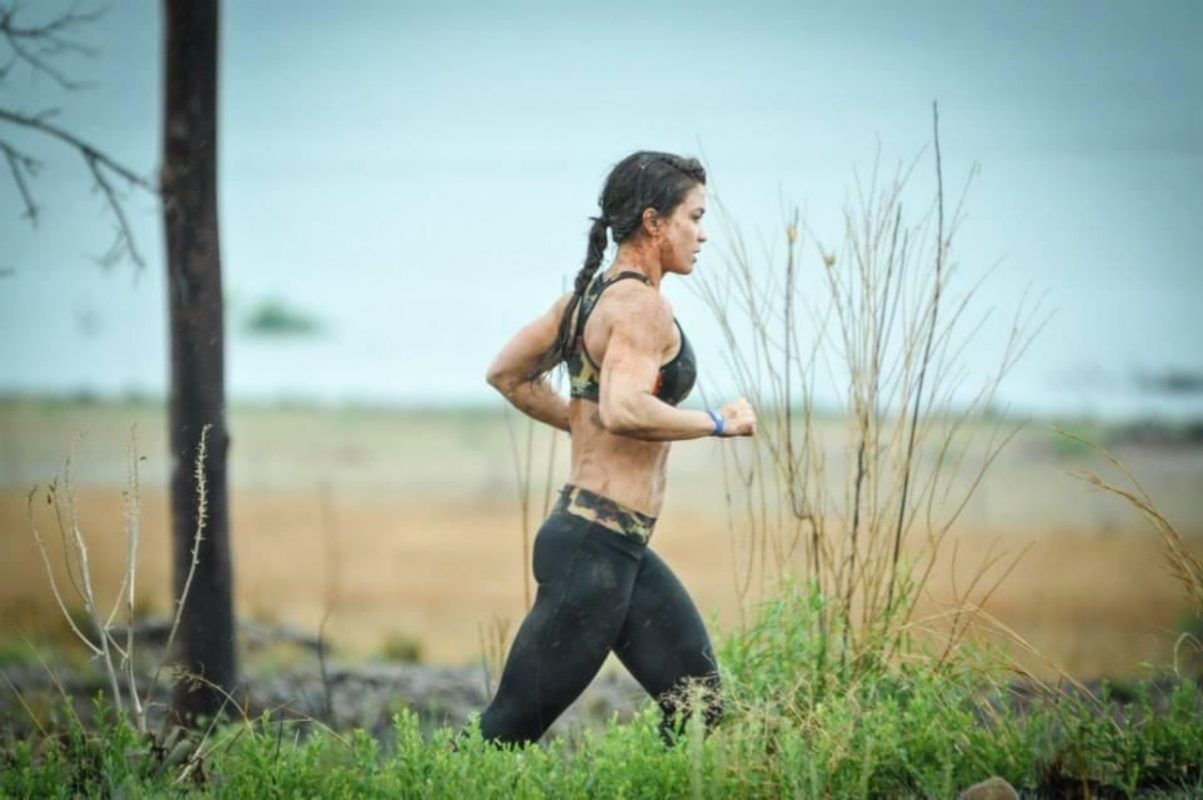 Mother to triathlon stars Kayla, Kira and Kitty Ribbink, Jetaime is playing a pivotal role in her daughters’ lifelong pursuit of physical fitness and sport.

Despite suffering from idiopathic transverse myelitis, a neurological ailment caused by swelling of the spinal cord, Jetamine unintentionally planted the trait of athleticism in her girls while they were growing up, moulding their sport awareness.

Jetaime, who is a fitness trainer and a former competitive bikini athlete, never unconsciously minimized or restricted her daughters involvement in sport. Fitness and physical exercise is a culture in their home and this has influenced the girls’ participation and success in triathlon.

Kayla and Kira have had the privilege of representing South Africa in triathlon and have won several accolades. Apart from triathlon, they have also represented KZN province in cross country, biathlon, lifesaving, water polo, hockey and gymnastics.

One of the major highlights for the Ribbink siblings is being offered sports scholarships by universities in the United States of America. Kayla was offered a scholarship by Lenior-Rhyne University in 2021 and a year later her younger sister, Kira enrolled with Queens University.

Speaking with Tatenda Gondo, Jetaime chats about raising successful athletes and encourages the youth to have a positive attitude towards sport.

Hello and thank you, Jetaime, for taking time out to chat to us. Please tell us how you encouraged your girls to get involved in triathlon.

I’ve always been a strong advocate for encouraging my girls to try all sport. We unintentionally planted the athletic seed early in their lives and this moulded sport awareness and helped us build fundamental skills in them. We agreed that sport can be played until such a time they chose to stop. And the only prerequisite was that if they commit to a sport, they have to give it at least one season of dedication.

Apart from triathlon, what other sport are they involved in?

As a mother, what role do you think you have played in your daughters’ success as triathletes?

My sole job is to make sure the girls are always safe, happy, supported and encouraged. I’m always nearby while they train. I’m not their coach, that’s not a job I want. I’m their mother and biggest advocate. I’m usually the loudest supporter. I gave up a long time ago trying not to embarrass myself or to sit on the sidelines and keep quiet. I just get so excited. Win or lose, there is always something to be learnt from each race.

We understand you are also into fitness and bodybuilding. Did this influence your girls to be active?

Well, that’s all the girls have ever known. They realised early on that success is not just genetics but discipline and a drive to succeed.

I fell from one sport into the next one and succeeded to the best of my ability in both. I was fiercely driven by pushing my body to the limit as I had suffered from idiopathic transverse myelitis. But I genuinely loved training, loved the people I came into contact with and loved competing. The day I had a negative thought about training and competing is the day I knew I had, had enough. It was time to focus and enjoy my girls.

I don’t think the girls ever had a chance not to play sport. My brother Benny Norton was a SA jockey, my husband’s uncle Darryl Ribbink is a world-renowned boxing ref, my husband’s cousin Jason Ribbink is a big wave rider and the girls’ second cousin James Ribbink a phenomenal surfer.

May you please tell us what sport you played and why you decided to retire?

I was a fitness trainer and competitive bikini athlete who made the ladies SA IFBB team to compete at Worlds in Poland, earned my springbok jacket and realised that was as far as I could go and a week later I did my first obstacle race, won it, represented South Africa at world champs twice in the USA, won the 35-39 category realised it was time to spend a lot less time training and competing as I was away from home a lot.

I also realised it was time to stop when I had lost the joy in what I was doing. I was always preoccupied, constantly missing the girls, missing out on certain milestones. I couldn’t focus competitively anymore.

My family allowed me the time to achieve my goals, and with that comes a certain sacrifice. So once I achieved the goals I set and it was time to honour them with all my time, love and dedication.

It was time to focus on the girls. Best choice I ever made! I’ve loved every second of it, I’ve watched them grow into independent determined young women and fierce dedicated young athletes, which has allowed them the fantastic opportunity of studying and competing abroad.

I have just started training obstacles again but throwing in a lot of strength training as well. Hard work starting from scratch again.

Training obstacles, interesting, what is your goal?

I have no particular goal in mind. I just want to find the joy in training again.

As a parent what is your biggest sporting wishes for your daughters?

My outlook on sport has changed drastically this year. I’ve grown and learnt a few lessons with the girls. The girls love what they do. They love training and racking up PB’s. They love the social side of training and competing but as any youngster, they are driven by goals and results. If you don’t love what you do it becomes a chore and hard work.

What advice would you give to parents who have children that love and are passionate about sport?

Let your child try everything and anything. When the time comes they will know what their passion is and what they would like to pursue if they so wish. They must love what they do.

Triathlon is at 4am, 2-3 sessions a day. It’s to bed early and up early. It’s a lot of sacrifices and a lot of training. I know the girls love what they do because they don’t complain in the mornings when they have to get up for training. When they love what they do everything else falls into place, training, nutrition, rest, and supplementation, etc. But they also have balance, which is extremely important. They have friends, they go out, and they study hard. We figure out what takes priority so that they never miss out. Eventually, they learn to figure it out on their own. It’s about making smart choices.